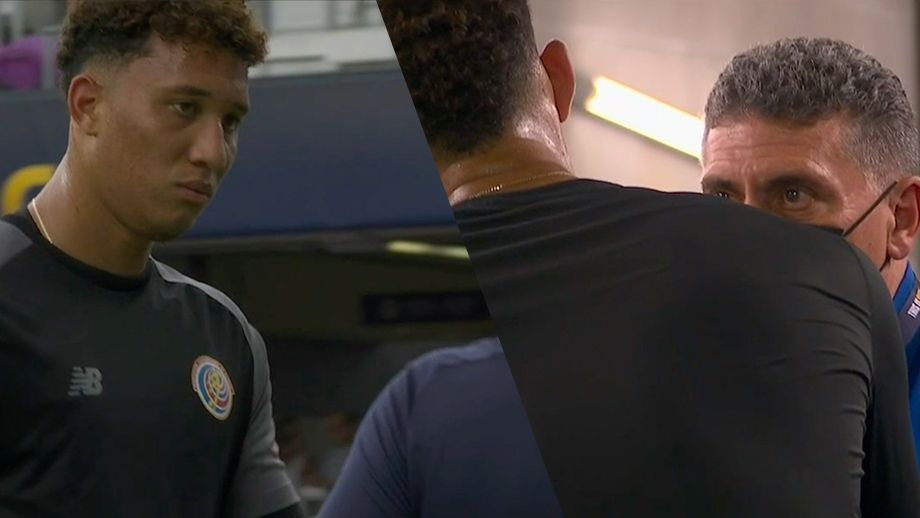 Notably saddened, the Costa Rican player went out of exchange on the day that was to be his debut with the tricolor Mayor

Today was a special day for Patrick Sequeira, the young goalkeeper of the national team of Costa Rica He had everything for an outstanding match, it was going to be his debut with the tricolor, but an ailment in his ankle left him out of the competition.

In the warm-up before the match vs. Jamaica, the Costa Rican goalkeeper who is a member of the Real Club Unión de España approached the goalkeeper coach, Gabelo Conejo and made it clear that he was not in a position to face the match.

“Due to an ankle discomfort, the goalkeeper Patrick Sequeira will not be able to start for the match against Jamaica. Leonel Moreira will enter in his place, “said the Football federation Through a press release on their social networks prior to the match.

Hours before that, Luis Fernando SuarezThe tricolor coach mentioned that the Celta de Vigo exporter was going to be the starting player in the frame position, the coach gave him confidence, but his ankle did not respond.

In the dressing room, Luis Fernando Suarez He approached the 22-year-old Costa Rican player, patted him on the back and gave him words of support.

“What happened to Patrick was yesterday, starting practice he had a twist, he was very silly he was running and twisted it, those that happen in football. We put up with it until the end, we did everything possible to be able to keep hope. It was going to be the one. first time, but not the only time. He has great abilities, has personality and character, he will have his opportunity, he will take advantage of it, “he said. Luis Fernando Suarez at a press conference.

The brother of Patrick Sequeira He published on social networks a photograph of the Costa Rican’s ankle, noticeably swollen.

🏥 This is how Patrick Sequeira’s ankle stayed in the warm-up and left him out of the game against Jamaica 😥#COPAOROxESPN pic.twitter.com/47syfDRHcd