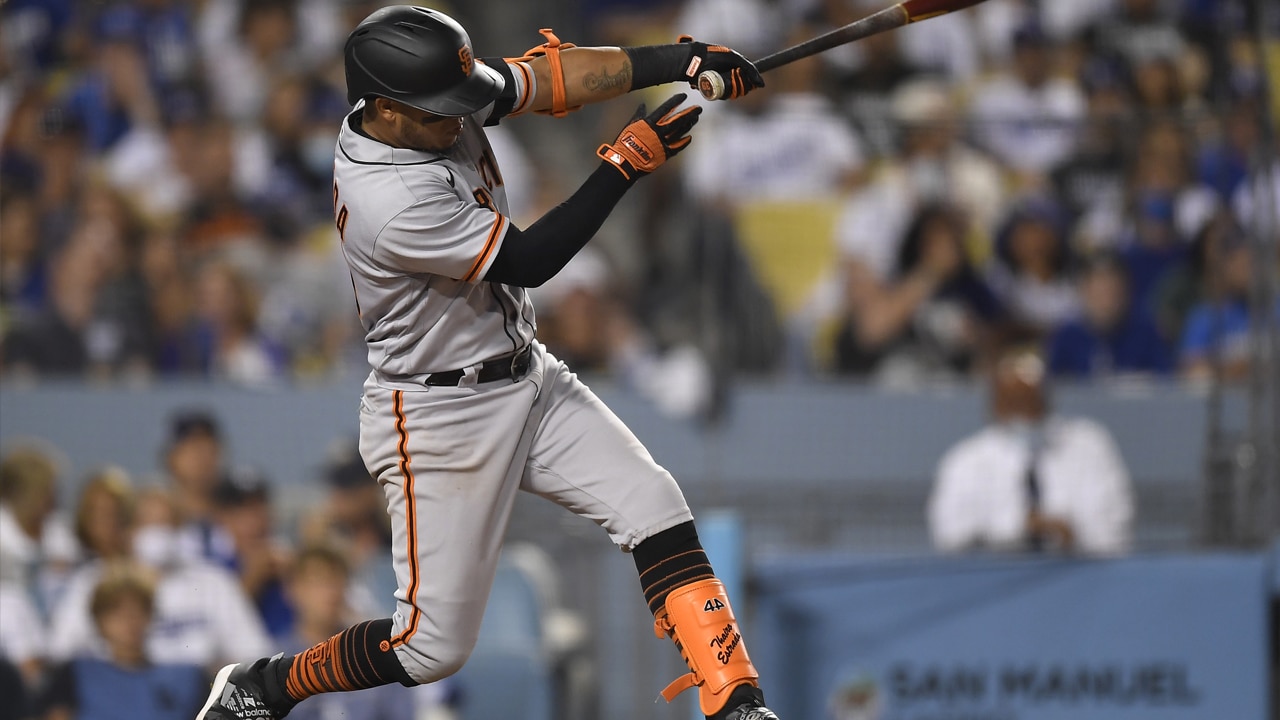 If something has shown the Venezuelan Thairo Estrada on MLB Since he was with the New York Yankees, he can hit like he did last night with the San Francisco Giants against the Los Angeles Dodgers.

Thairo Estrada showed in the few chances that the Yankees gave him in the seesaw that they had between MLB and the Minor Leagues (MiLB) who can hit in the majors, even home runs, and he showed it last night with the San Francisco Giants to open the game against the Los Angeles Dodgers.

The San Francisco Giants opened the game with a four-run seventh that was highlighted with a two-run double from Thairo Estrada, who replaces in the shorstop the injured Brandon Crawford.

Thairo Estrada (SS / .343) continues to perform in #MLB, contributed significantly to the San Francisco Giants’ victory over the Los Angeles Dodgers, going 4-2 with a double, a pair of charters and a run scored.#SomosBravos#We areMargarita pic.twitter.com/bQUN4nhqj3

Thairo Estrada have helped drive much of the San Francisco Giants’ success in the 2021 season of MLB with key contribution from the bank, intervening to fill gaps when necessary.

Since the Yankees switched to Thairo Estrada to the San Francisco Giants we have a presentiment that the change would be good for the Venezuelan and so much so that they can say that the Yankees are the Yankees, that nothing compares to New York, but the Giants are not far behind, they have even won three World Series since 2010 (2010, 2012 and 2014) just and precisely after the Yankees won their last so far (2009) and San Francisco is also not far behind in value with respect to New York, as it has been in the top 5 of teams with more value in recent years alongside the Yankees, Red Sox, Dodgers and Cubs.

And although in California they say that the Dodgers are in charge and the San Diego Padres want to fight, Los Angeles barely won the MLB World Series again in 2020, after 32 years without doing so, the Padres seek to win their first and not the They have been playing for 22 years (1998), and you already know what the Giants have done since 2010, they even fell one game away from winning it in 2002, and San Francisco is the leader of the West Division of the National League two (2 ) games above the Dodgers and something has to do with that Thairo Estrada.

With some of the information from MLB.com (María Guarded).