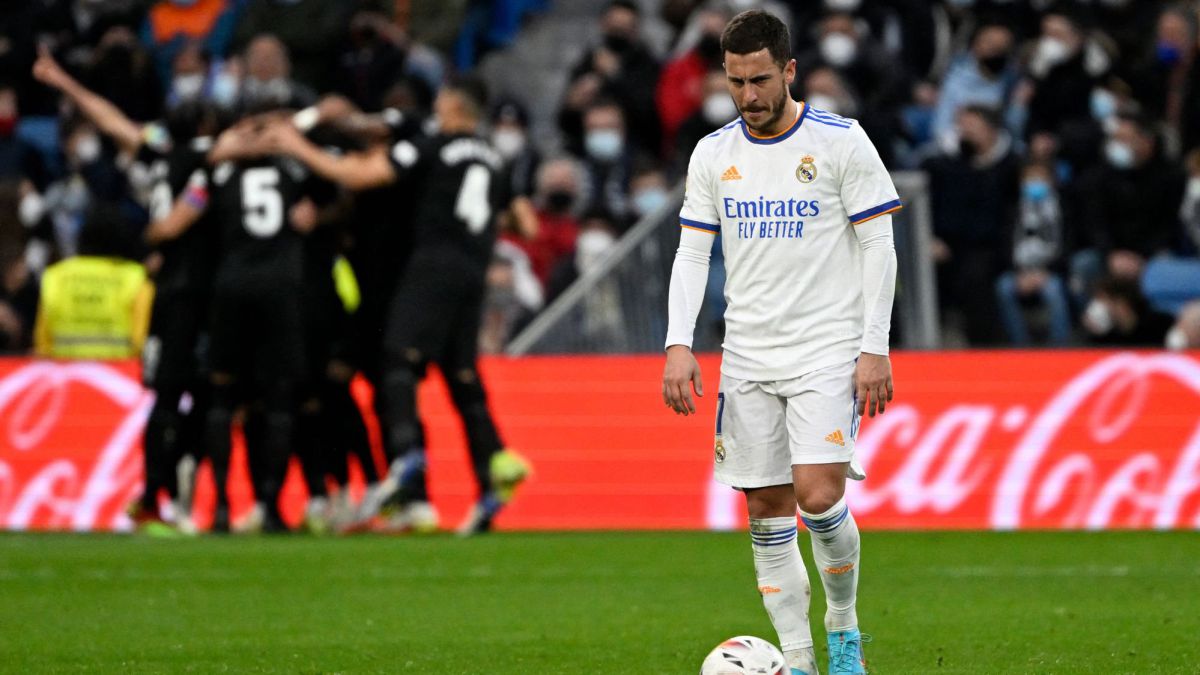 Eden Hazard’s 2021-22 season is over. The Belgian underwent surgery last Tuesday to have the titanium plate removed that he wore on his right ankle, hoping that it is the source of all his problems and that, without it, he can get back to his best. The estimated loss is between four and six weeks, as it was a minimally invasive injury, but to this we must add the time for him to gain competition rhythm, which would increase that period to two months, at the least. Just what remains of the official season, with the Champions League final set for May 28.

In Madrid, in everything related to Hazard, 2022-23 is already being thought of, and the objective is clear: that he perform again as he did at Chelsea. The problem is that it is difficult for that to happen in Madrid, at least in the short term, since his position is occupied by Vinicius, who at the moment is at a much higher level than the Belgian, and to this it should be added that the course that comes will reach the team, in all probability, Mbappé, another band player who will tighten the competition. Everything indicates that, to have minutes in quantity, Hazard must leave.

It is very difficult for that to happen with a transfer this summer; All European football has seen how Hazard has barely been able to perform in the last three seasons, weighed down by injuries. The Belgian cost 100 million euros in 2019 and signed a five-year contract, until 2024. The priority in Madrid is to encourage him to show his best version to find a possible buyer with whom to recover part of the investment. And for this, work is being done thinking of a transfer for the 2022-23 academic year, to a team where he has sustained minutes.

With this operation, in addition, they would like to save what Hazard costs in salary each year, no less than about 15 million net per campaign, that is, 30 million gross. A major impediment to finding a team, as has already happened with Bale, whose salary is the same. In 2020-21 he went on loan to Tottenham without loan cost and with Madrid paying half of his salary as long as he played elsewhere. He did an irregular course, but decent, with 16 goals, and even so no offers came for him…

The World Cup in Qatar, in favor of Real Madrid

The idea of ​​​​Madrid is to try something similar with Hazard so that he shows that he still has qualities and that, without the titanium plate, he can recover a high level. In favor of the white club, the fact that the 2022 Qatar World Cup has been played since November and that, if he does not play anything in Madrid, Hazard runs the risk of not having a guaranteed place in Roberto Martínez’s eleven with Belgium; even if they are not summoned, although this extreme is considered very unlikely.

In summer this option will be put on the table and the player will know what to choose: or continue in Madriddespite the obvious risk of barely accumulating minutes, or looking for an agreed exit with which to begin to gradually recover performance and confidence, even if it is in a team with less luster than Madrid, but where it is guaranteed that he will enjoy opportunities.