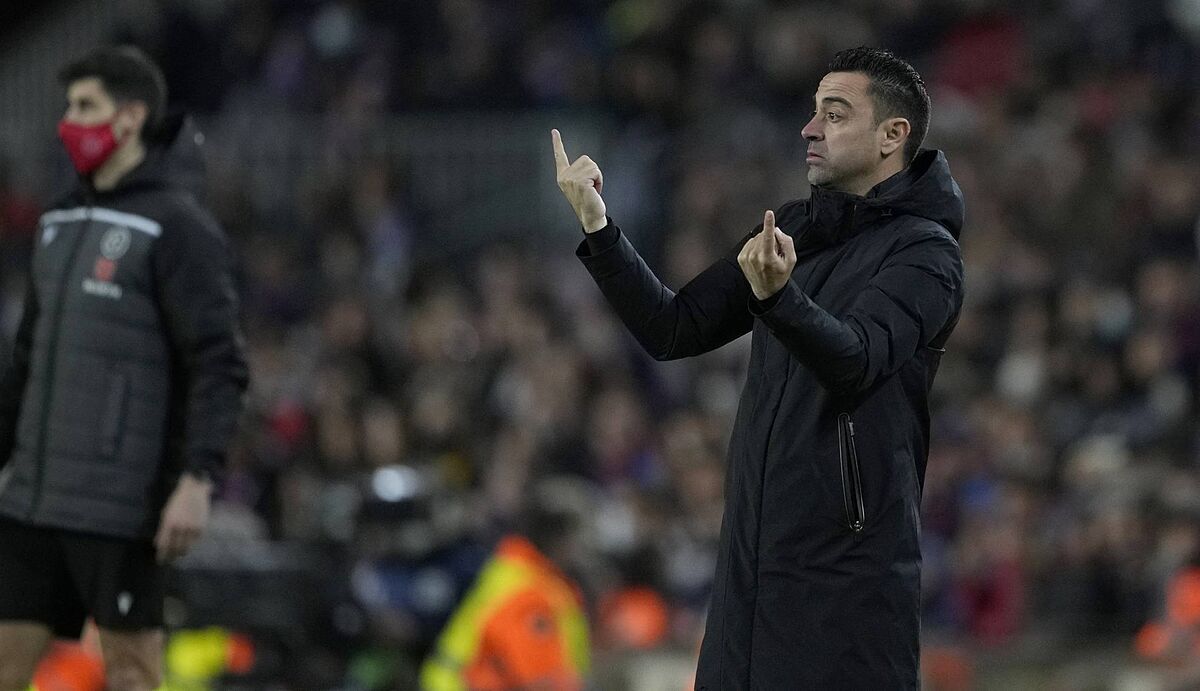 In the absence of nine days to play, ten in the case of Barcelona, ​​the azulgrana team has become the main and it could be said that Real Madrid’s only rival in the fight for the League. Circumstance that no one would have imagined just a month ago, when the Xavi effect had not yet been expressed on the pitch.

Although Ancelotti’s team gave an almost definitive blow for the title in Vigo, the Bara has insisted on not giving up until the math says otherwise. And all this is possible thanks to the change of coach back in November, when Bara was a star away, not from first place, but also from the positions that give access to the Champions League.

Xavi landed on November 6 and witnessed how Bara was traced back from a match that had been resolved in Vigo. The beginnings of Terrasa, moreover, could not have been more complicated. As soon as he arrived, he lived from the bench the tremendous disappointment of the Champions League. The new Barça coach experienced the draw against benfica and defeat with bayern. Added to this was the elimination in the Spanish Super Cup against Real Madrid and goodbye to the Cup in San Mams. Both games decided in extra time. In the League the road did not seem more placid with three wins and three draws in the first six games.

In short, the equipment showed slight symptoms of improvement but the results did not arrive. It was the winter market, with the arrival of Alves, Ferran Torres, Adama and Aubameyang the one who ended up taking that leap that the Bara needed. The reinforcements, together with Xavi’s direction, raised Bara, and in what way.

Reinforcements… and a streak that scares

Since the Cup elimination, Bara has 13 games without defeat. In the League he has won everything except the tie in the derby with Espanyol, leaving goals against Atltico, Madrid at the Bernabu or the last worked victory against Sevilla. In addition, he has overcome two Europa League qualifiers, leaving important moments such as the exhibition in npoles or the comeback in turkey.

Total, nine wins and three draws with 33 goals for and only ten against in the last two months that have made Bara a reliable team willing to fight for the League to the last breath. Nobody doubts that he can win everything between now and the end of the season, the problem is that it does not only depend on him. And oh not even Xavi can do anything about it. We will see if the Xavi effect, which will have its effect from next season, has arrived on time in this one.

The Xavi effect… and a streak that scares