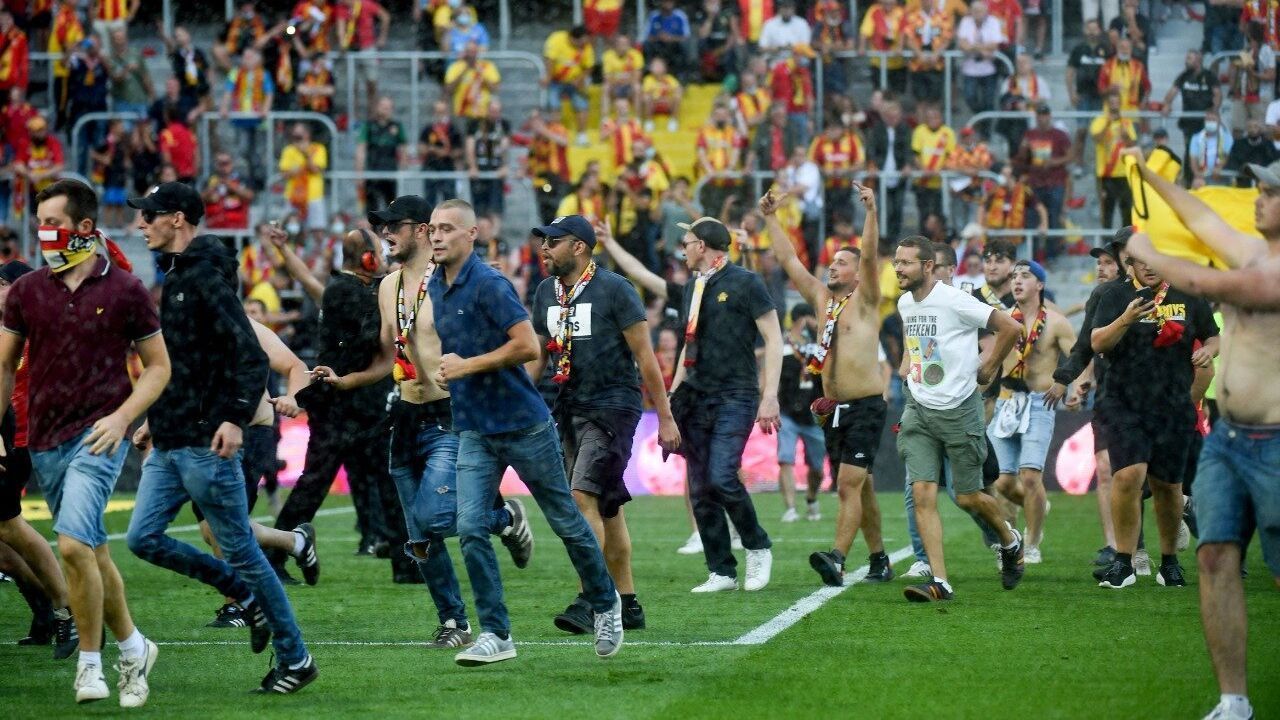 The Lens follow in the wake of Paris Saint-Germain after surpassing for the first time in 15 years Lille, who lost the throne of the northern derby in a duel marked by the incidents involving radical fans of both teams that caused the momentary suspension of the duel.

Once again, French football was splashed by the violent actions of the ultras. In August, Nice fans took to the pitch to attack Marseille and not long after, the most radical fans of Lens and Lille relived a similar scene.

His embarrassing performance overshadowed the victory for Lens, who won 1-0 thanks to a second-half goal from Poland’s Przemyslaw Frankowski.. Decade and a half after their last victory against their northern neighbors, the team led by Franck Haise once again enjoyed what it means to score three points in a derby.

Before Frankowski’s goal, during halftime, Lens ultras jumped onto the Felix Bollaert stadium lawn to head to the area where the visiting fans were, who threw objects from the stands.

The intervention of fifty riot police was necessary and an agent and a fan were injured. At first, the game was suspended, but after half an hour of waiting it could be resumed and Frankowski was in charge of making the reigning Ligue 1 champion kiss the canvas, who has started the course on the wrong foot: he only adds 5 points out of 18 possible while Lens, in the absence of the rest of the day, is second to three units of PSG, who will face Lyon this Sunday.