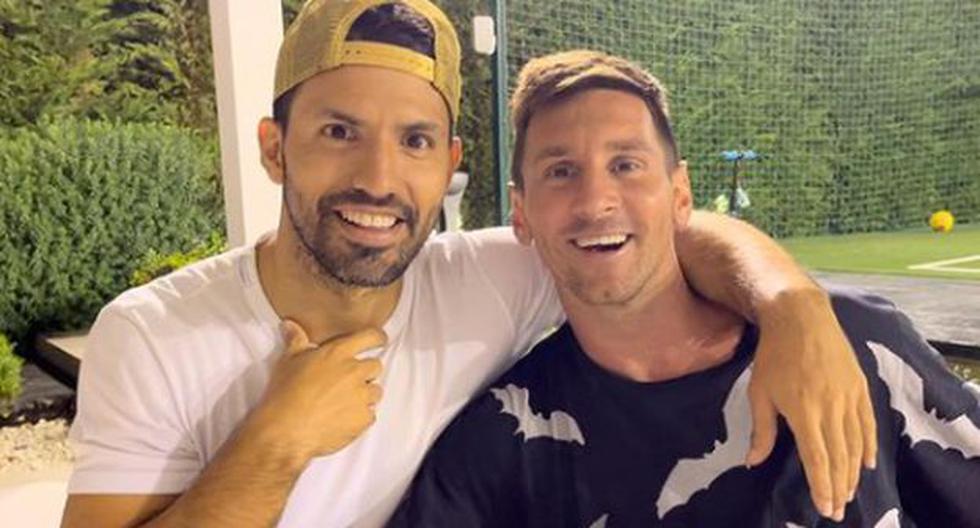 Sergio Aguero has been one of the guests who attended the dinner at the house of Lionel messi. This Saturday, the former Barcelona organized a meeting to say goodbye to the friends with whom he shared for almost two decades in Barcelona. An image of the interior came out of the private meeting and it was published by the former Manchester City.

The ‘Kun’ Agüero, who joined the ranks of the Catalans with the intention of playing alongside his best friend, shared on Instagram next to the honored of the day. Both together, as when they were boys in the Argentine national team, in a postcard that will remain to be remembered due to the historical moment that is lived.

Then, the top scorer of the ‘skyblue’ team addressed the historic Barcelona scorer with a message full of affection and full of good wishes: “All the best in whatever comes my way, buddy. And always with that smile. I love you for, Leo Messi “, wrote the former Independent in a post on the well-known social network.

In this way, the ‘Kun’ Agüero has said goodbye to his teammate in the Albiceleste and best friend in the personal sphere. The Barça forward will be left with the desire to be at the Camp Nou with one of the most outstanding footballers on the planet, but, above all, friendship will always prevail.

Agüero attended the farewell dinner to Leo Messi with Ibai Llanos, renowned Internet presenter. There are also players like Sergio Busquets, Jordi Alba and even the brother of ‘Kun’ Agüero. Obviously, in addition to the relatives of the 10, there are other friends with whom he was in Spain these years.

The farewell of the 10

Lionel Messi will appear at a press conference to discuss his departure from Barcelona. The Argentine star will appear before the media this Sunday in his official farewell, confirmed the Catalan club.

The club announced last Thursday that it could not renew Messi for “economic and structural” reasons, since it was impossible for him to register the player in LaLiga, as he could not comply with the financial ‘fair-play’.

After the appearance of the president of Barcelona, ​​Joan Laporta, explaining his version about the breakdown of the negotiations, it is the turn of Leo Messi, who had reached an agreement for five seasons with the Barça entity, but will finally have to find another team in the final stretch of his career.