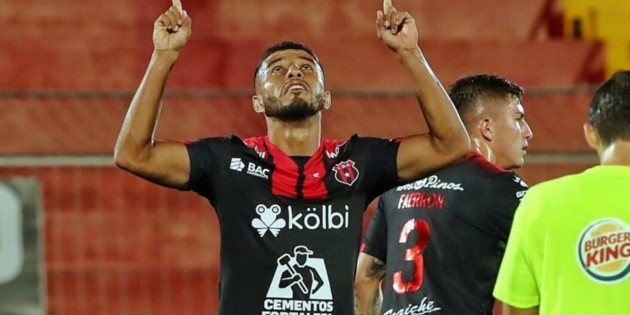 The market for signings in central America not finished yet, because several leagues have not started yet so the teams seek to strengthen themselves in the best way to have a good performance in this new season and without a doubt, rumors are the order of the day, this day being Johan venegas the one who has been in these.

Today’s morning some Costa Rican media, specifically Teletica and FUTV have uncovered a loud rumor, indicating that the striker Johan Venegas would be negotiating his departure from the Alajuelense Sports League, this to find another football destination for the next campaign.

According to the Costa Rican media, 32-year-old Venegas would be becoming legionaries again, nothing more and nothing less to go to Honduras, in which you have been probed by Olympia, club that runs Pedro Troglio, something that has also attracted attention in the catracho country due to the footballer’s journey.

The rumor has arisen after a strong approach by the White Lions towards Jonathan Venegas, which would cause a change of scenery. So far, neither representatives of Olympia and neither have the player given a Official version, reason why it will wait for the next days to know if an agreement was reached.

Johan venegas arrived last year at hands, with whom he was last season, I dispute 23 games and scored 13 goals. The last time he played abroad was in Minnesota United from MLS in 2017, he was previously in the Impact Montreal.