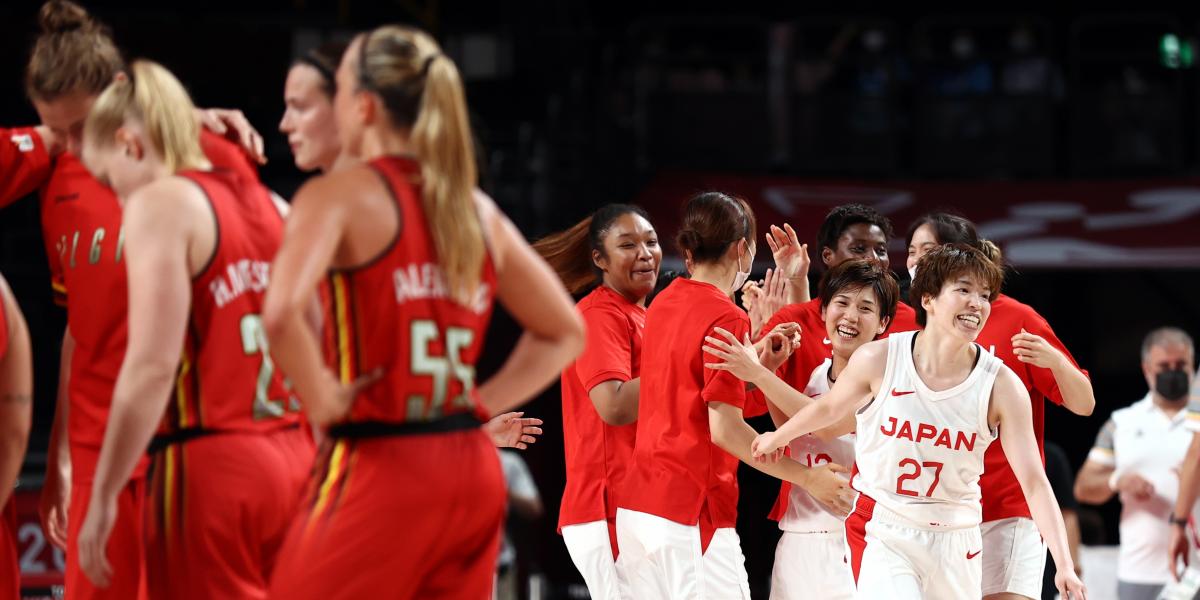 The japanese teama basketball, one of the great surprises of the women’s tournament of these Olympic Games, once again exceeded its limits, entering for the first time in its history in an Olympic semifinals, by defeating in a final equal to Belgium (86-85).

The Japanese team, whose best result in the Games is a fifth place in Montreal 1976, got into the top four defeating a Belgian team that arrived as favorites and carried the weight of the game from the break, but at the time of the she was truly defeated, although she had the basket to win in the hands of Kim Mestdagh.

Thus, the players led by the American Thomas hovasse will fight for a place in the grand final with the winners of the Spain-France which takes place in a while (2:00 p.m. Spanish time) at the Saitama Super Arena.

Japan He showed from the beginning that he was serious, as he has done in this entire championship in which he debuted defeating the European runner-up, France (74-70) and when he won by 19 against a physically powerful team like Nigeria (83-102) to ensure the pass as second in the group.

The Japanese team, with a great success of three points (14 triples in 33 attempts, 42.4% correct) had as top scorers Yuki miyazawa (21 points) and Maki takada (19 and 4 rebounds) and took off for the first time in minute 8, a minimal advantage with points from the inside Takada (17-13).

Belgium, also tuned to three (11 of 23, 47.8% effective) which were not worth the 25 points and 11 rebounds of Emma meesseman nor the 24 with 7 captures of Kim mestdagh, regained ground in the second quarter, not without difficulty, until turning the score just at half-time, which they left almost even (41-42).

After the intermission the dominance in the electronic one continued being Belgian, but never with income superiors to the ten points (50-60, min. 26), which always gave option to a return of the local squad.

The Japanese equaled the duel at 72-72 with 6 minutes remaining and a new match was planned. A war of triples, now Belgian, now Japanese, ended with the Europeans ahead (77-81), but an unsportsmanlike one of Julie Vanloo allowed the Japanese to equalize again at 1:45 from the end (81-81).

A triple of Saki hayashi 15.2 seconds from the end, he filled the Japanese squad with hope (86-85). With the ball for the Belgians, the Japanese tightened their defense.

He played it Kim mestdagh, who received in a triple position, faked and decided to opt for a safer five-meter shot, which bounced off the hoop and did not enter, to the Japanese fanfare, semifinalists of their own Olympic Games.

Incidents: third game of the quarterfinals of the women’s basketball tournament of the Tokyo 2020 Olympic Games, played at the Saitama Super Arena without spectators due to sanitary measures against the coronavirus pandemic.