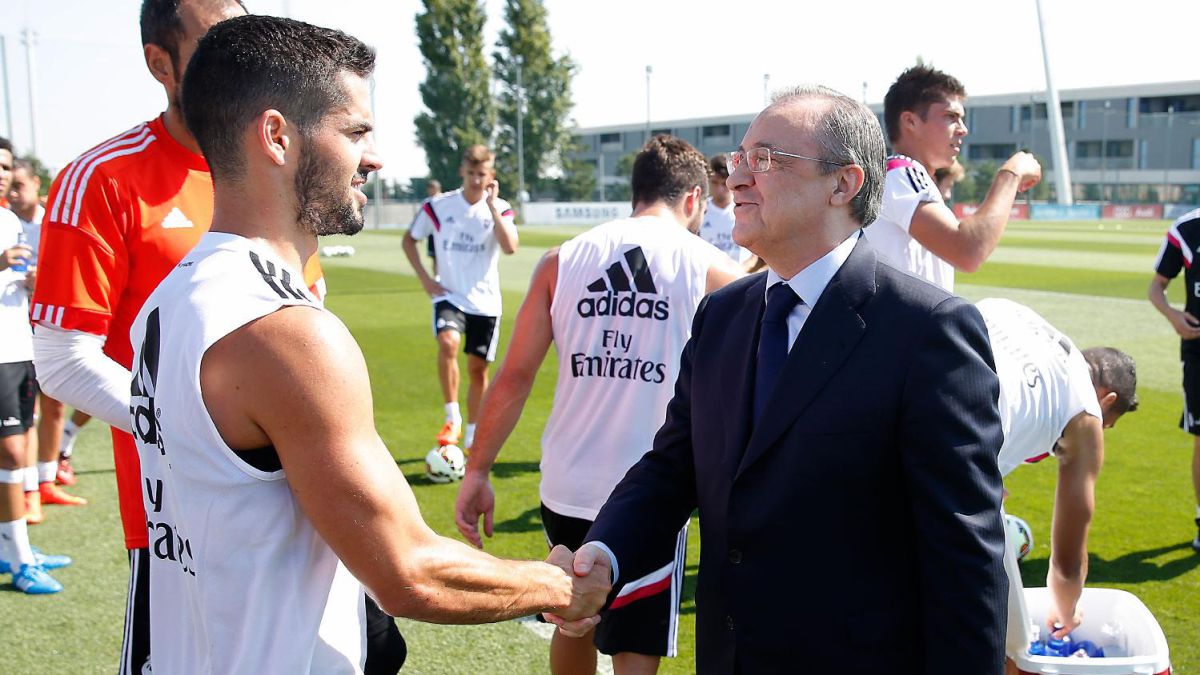 The arrival of Ancelotti has not changed Isco’s situation at Real Madrid at all. The white club continues to want to sell the player to prevent him from leaving for free in the summer of 2022, when the Malaga player ends his contract. It is exactly the same case that Varane is in. For its part, The footballer, as this newspaper has learned, remains open to looking for a new team and will maintain that situation until the last market day. Isco, therefore, has the door open and as many possibilities to stay in Madrid as to leave this summer.

With everything, the arrival of Ancelotti has meant at least a boost to Isco’s morale, that he has taken good care of himself during the holidays, even doing physical work, and he has surprised in the return to training in Valdebebas for his slim figure despite the initial preseason. The man from Arroyo de la Miel wants to show that, at 29 years of age, he is a full footballer and, beyond solving his future looking for the last great contract of his career, he has set himself the goal of being in the Qatar World Cup 2022 with Spain.

The renewal, to this day, is not an option for Real Madrid. Like most clubs in Europe, it is obliged to make cash with transfers and to release a salary mass (Isco charges around seven million net). That is why he has sacrificed Varane and continues to negotiate his transfer with United. The next to be sold could be Isco, or at least there is a predisposition in the offices, but for that to happen a good offer has to arrive for the player, who at the moment it has a downward market valuation: 18 million euros. A bargain for a player of his category.

The games against Rangers from Glasgow and Milan will be the great showcase of the Malaga player, and it is to be expected that he will also have minutes in the initial part of the official season as his form will be better than that of the internationals, who have just arrived. Isco will have two more weeks of training than they do when the championship starts on August 14 (against Alavés). The market closes on the 31st of that same month.

ANDn the conversation that Ancelotti had with the footballer in the first days of work at Valdebebas, the coach made it clear that he is definitely counting on him if he stays on the squad. Isco was already very important in the first stage of the Italian coach. Under his orders he played 106 games, scored 17 goals and handed out 21 assists. With Zidane, however, had lost its status in the squad, becoming last in the rotation of midfielders behind homegrown players like Arribas or White. Last year he barely played 1,092 minutes spread over 25 games. His relationship with the French weakened to such an extent that the footballer asked to leave Madrid last January, although his departure was not finalized.

In recent days, Isco made headlines because by mistake an employee of Naples linked his name to that of the Italian club on the official social networks of the entity. However, to date, Isco has not heard of the interest of the Neapolitan club. As happened last season after the player slipped that he wanted to leave Madrid, there is no offer for him in the offices of the Bernabéu although, now, and being in the summer before entering his last year of contract, he is one of the footballers who offer the best market opportunity.

The man from Malaga is calm and focused on his work. If an offer comes in that covers your financial and sporting claims, you will accept it. If it is time to rush the last year of the contract, will try to win the position with Ancelotti, with whom he always had a great relationship, and He will seek the team as a free agent in the summer of 2022.