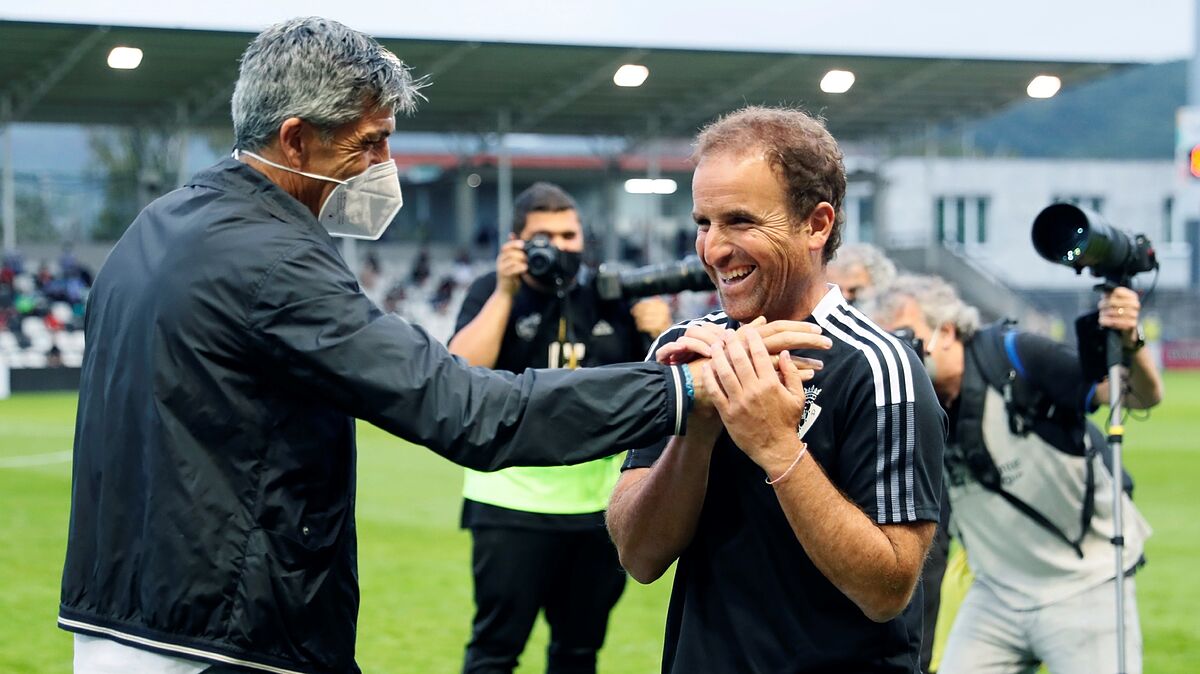 Imanol Alguacil is clear that Barcelona and LaLiga lose a lot with the departure of Leo Messi, but that still winning the Barça team will be very difficult. Orio’s coach sees the recently returned from Tokio Merino, Oyarzabal and Zubimendi prepared to be the game tomorrow at the Camp Nou.

Imanol believes that winning in Barcelona will be very complicated, despite the fact that Leo Messi is no longer there. “The opportunity is always good, no matter who is. Messi is missing, there will be other different ones, because there is only one Messi, but it will be just as difficult. We go with the illusion of winning, but not because there may be fuss there. But, if in 30 years we have not been able, it may be for something … “, he pointed out.

We have insisted on the absence of the Argentine star. “He loses a lot, because he is surely the most unbalanced player in the world, who is capable of winning important matches alone. LaLiga loses a lot without Messi and also Barcelona, ​​but they have enormous potential to remain competitive,” he stressed.

The txuriurdin coach has sent a message to his dressing room, asking about the state of form of the same. “I think we have a long way to go to be in top form. I am happy with the preseason for some players and not so happy with that of others … We have a long way to go to be the team we want to be. to this team, and the maximum is to get the eyes out, or this team will not be able to do what it has done for the last two years. Let’s see if I can get everything out of these players to get the most out of it, “he said.

Merino, Oyarzabal and Zubimendi may be the fittest players, to come than they come

Imanol has not wanted to talk much about the market, whether there may be entries or exits in the remainder of the month. “Until it closes, I have always told you that Roberto and his assistants are always open to everything, because we are professionals. Many things can happen until the 31st, we have to be alert for everything, even for a team to come for a player ours, “he warned.

Insisted on the future of Willian Jos, after his absence from the list, has repeated that “the subject of Willian Jos is a decision of mine, really there is nothing behind”, has assured.

Merino, Oyarzabal and Zubimendi have returned from the Olympic Games and it seems that to play. “I am one of those who thinks that, when a player wants and is there, they have to take advantage of it, and I have no doubt that both Mikel and Martin have to be managed but, coming from where they come and wanting, they have to take advantage of it. It is also true that no one has the magic wand when deciding when and how much, we will make the decision with him and the doctors, but Mikel does not want a vacation he tells us, so I will continue counting on him, because it is a differential player “, has meant.