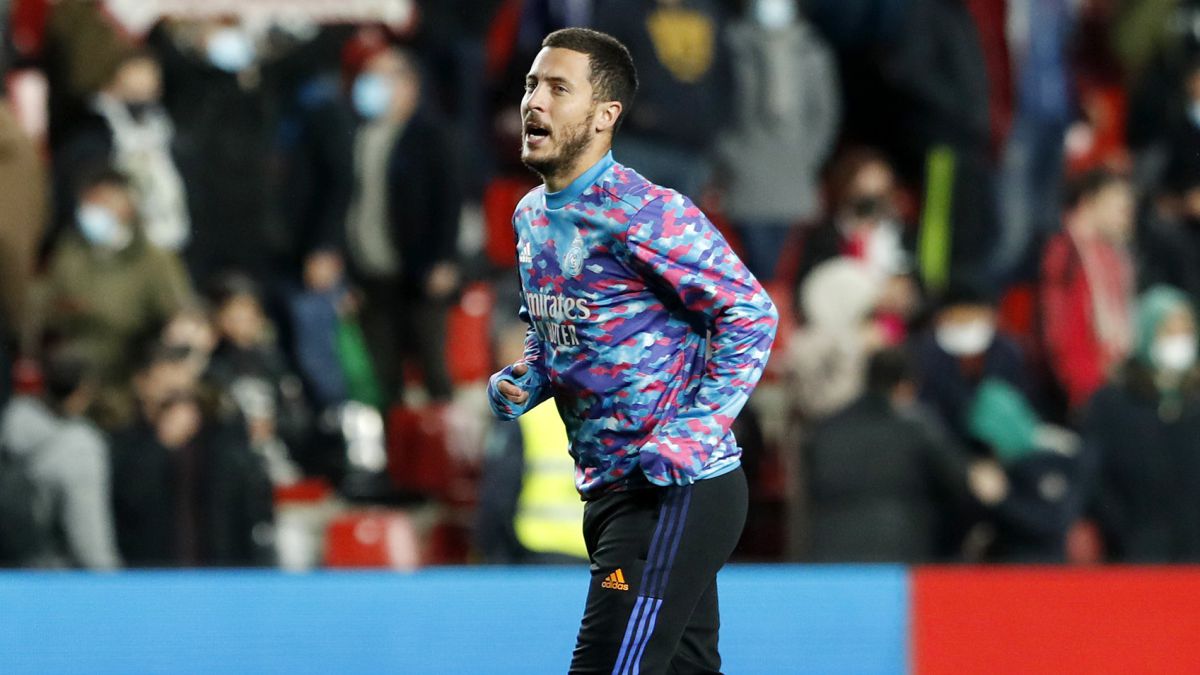 Eden Hazard seemed to be resurrected for a moment, but once again it was clear that everything was a mirage. The Belgian player finally found his way to the goal in Real Madrid’s cup duel in Elche, on January 20; somewhat fundamental for Madrid to stay alive in the Cup, culminating a comeback in extra time with a hopeful action: great unchecking behind the defense, good top speed and change of pace to leave the goalkeeper behind and slow definition from a distance, with his bad leg.

His only goal of the season, to which he adds two assists, and for which Carlo Ancelotti showed genuine satisfaction: “Hazard and Isco (the author of the other goal of the comeback) have won the game. We have to highlight this. There is a meaning to this, that they might deserve to play more. The past is past, I know I can count on them. I have a template that has everything. He never gives up, he has an extraordinary character. It’s the game that gives me the most joy this season.”

And Ancelotti transferred those words to the facts in the following game, again against Elche, this time in the League: Hazard started, played 79 minutes in a game in which he was not very incisive and that Madrid ended up drawing (2-2), after falling by 0-2. The roller coaster of the Belgian lasted as long as it lasted, and the course of events returned him to his place: the bench.

Thus, Hazard has been a substitute in the last six Real Madrid games, of which he has only had minutes in four: 25 against Granada, 8 in Vila-real, another 8 in Paris and 5 at home against Alavés. Just 46 minutes in total. In Vallecas, with Madrid urgently in need of a goal, Ancelotti did not think about him, and he did think about Rodrygo. Despite the fact that Vinicius is not going through his best moment, Hazard is unable to fan the fire of competition with the Brazilian.

That is the reality of Hazard, who has barely accumulated 877 minutes in the season and who knows perfectly well that if he does not manage to get a job at this Real Madrid, it will be much more difficult in the next one. The probable arrival of Mbappé, used to playing from the far left, could displace Vinicius from the band, closing all the paths for a Hazard who has clearly succumbed in the battle with Vini this course. He started as a starter, but from the very beginning the Brazilian turned the situation around.

And in this context Hazard will arrive in the summer, in which he must make a decision: leave Madrideven if it means earning a little less money (currently he receives about 15 million net per season), or staying and risking playing practically nothing, which would reduce his chances of being a starter, and even of being summoned, in the World Cup in Qatar 2022, which will take place between November and December. Madrid would gladly release that salary space; in the club they assume that the operation has been a fiasco and now it’s time to do damage control.

Hazard was a mirage