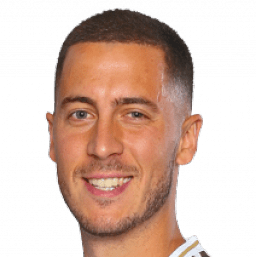 For Hazard, these matches with Belgium are like summer homework for the student who did not study during the course. If he fills them out well, he hopes not to repeat, which in his case is to hope that the white club maintains a minimum illusion of recovering part of the player that he was, even if it is a tiny part. Under that premise, the Belgian came out very plugged in against Poland. He played freely in the midfield and in the first minutes he was the absolute protagonist. He had a very clear chance to put Belgium ahead after Batshuayi shot the post and the madridista missed the rebound with everything in his favour. A minute later, he found the former Valencia striker heeled in the area, who scored, but the goal was annulled for offside, and then claimed a penalty for handballing his center that the referee did not grant. Hazard was in all of them and his connection with De Bruyne was reminiscent of an association from another era, one not so distant, but from which it seems decades have passed.

After the quarter of an hour, the Belgian domain was total, but monotonous. The ball passed from side to side of the field with hardly any verticality, perhaps due to the absence of Lukaku, the inevitable target of his teammates when he is on the field. Poland waited behind, comfortable, knowing that their benchmark Lewandowski was on the pitch. And it is that the first one he had, he put it in the goal. He doesn’t usually take prisoners. It was the 28th minute and he had barely touched the ball until then. But a quick touch, first, from Szymanski, at the edge of the area, enabled him to be left alone against Mignolet. Lewy punctured a ball that was mid-high and strong and before waiting for the ball to drop, he hit it gently so that the Belgian goalkeeper was not too much on top.

Belgium tried to recover the initial rhythm, always with Hazard and De Bruyne as beacons of light, but they lacked depth. It didn’t help that Batshuayi forgot the offside rule and his team-mates couldn’t find him. Even so, Witsel, with a right foot from outside the area, leveled the game shortly before the break.

The script did not change in the second half and as the minutes passed and the fatigue of the Polish players accumulated, Belgium began to find the verticality that they lacked in the first half. First Dendocker, with a header, and then Hazard tested Dragowski’s reflexes on a double occasion and it was finally De Bruyne who, assisted by the madridista on a counterattack, resolved a one-on-one with class by placing the ball on the right side of the goal with a thread.

Hazard did not stop in his attempt to complete his great game with a goal and a minute after De Bruyne’s goal, he cut a defender by an inch in the area and shot quickly with his left foot, but Dragowski stopped his shot with his feet. It was his last action in the match before being replaced by Trossard in the 66th minute.′. It had been a while since Hazard had left a stadium with an ovation.

It was precisely Trossard who sentenced the match by scoring the next two goals for Belgium. In the first he sat down a defender before beating Dragowski and in the second, a delicatessem, he placed the ball in the top corner with a thread from the left of the areaa. Dendocker and Openda in the final minutes, closed the set that was the first Belgian victory in this Nations League.