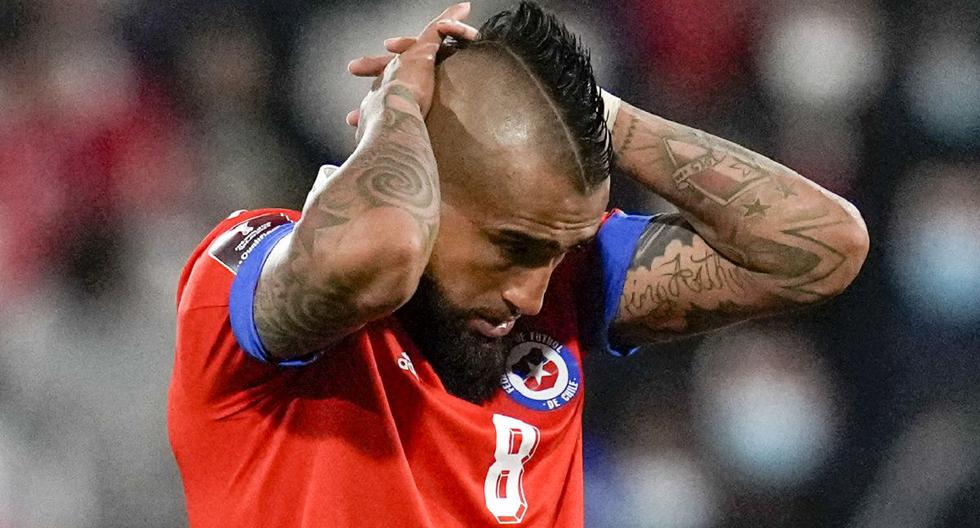 Arturo vidal paid dearly for his expulsion against Ecuador on the last day of Playoffs. This Friday it was confirmed that he received three suspension dates, with what is left out of the games of the Chile national team against Argentina, Bolivia and Brazil. This was decided by FIFA.

LOOK | Newcastle would send an offer for Ben Brereton, according to English media

The highest soccer body punished the captain of ‘La Roja’ for “serious foul play” due to his ‘ironing’ in the face against Félix Torres, in the last presentation of the team led by Martín Lasarte.

Thus, Vidal is ruled out for three of the four ‘finals’ that Chile must face at the close of the Qualifiers, where for now it is out of the access zone to Qatar 2022. The ‘King’ can only be against Uruguay in Santiago, in the last challenge of the lone star team.

“I didn’t see the player, I didn’t mean to hit him. I never thought they could expel me, ”said the Inter midfielder after his direct red card against Ecuador, which today becomes a harsh punishment.

FIFA also decided that the Chilean team will play its last home game behind closed doors.

The reason is the following: “Discrimination (discriminatory behavior by supporters) Order and security in matches (invasion of the field of play, lighting of fireworks and throwing of objects)”.

“Regarding the decisions made known by FIFA, we clarify that the match against Argentina in Calama, YES will be played with the public. The sanction counts for the last date of the Qualifiers. In addition, both penalties are in the process of appeal ”, clarified the National Association of Professional Soccer.

▶ Regarding the decisions made known by FIFA, we clarify that the game against Argentina in Calama will be played with the public. The sanction counts for the last date of the Qualifiers. In addition, both penalties are in the process of appeal by the FFCh.