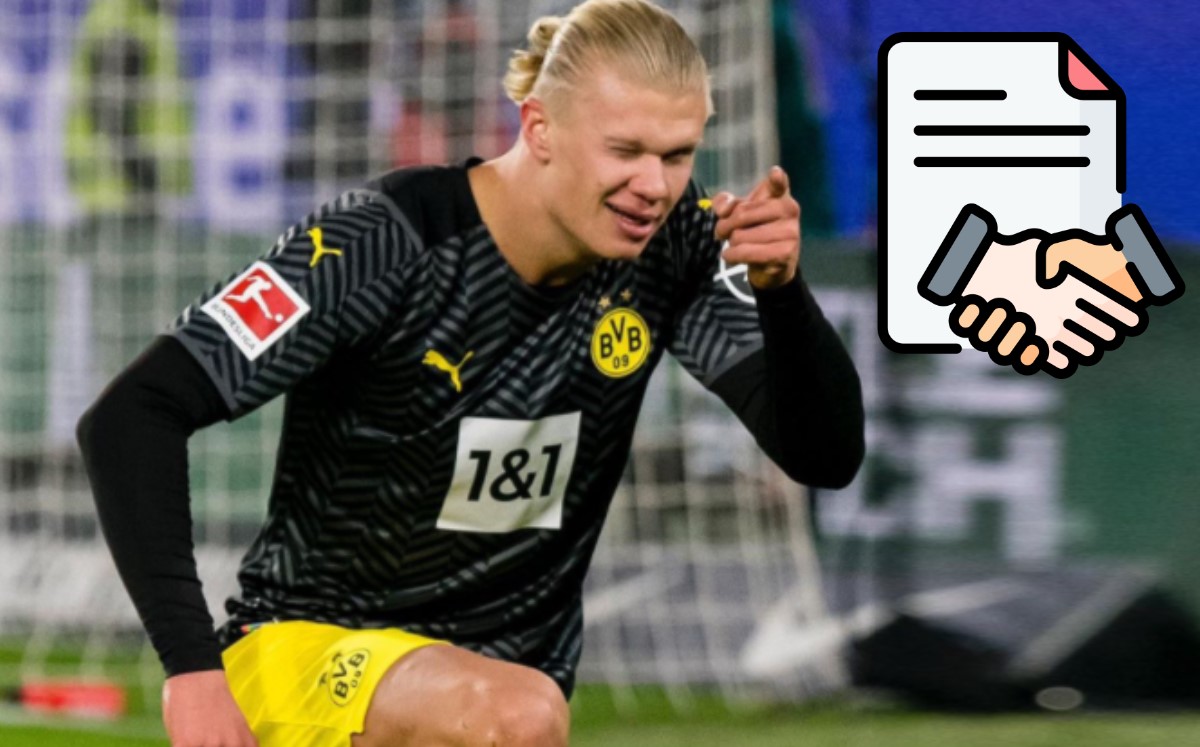 
One of the biggest rumors in the face of next summer market has been confirmed, as the clause that I would set Erling Haaland free at a low cost is real, and great of Europe andto be getting ready their wallets to take it away.

The young Norwegian froml Borussia Dortmund It’s one of the higher goals of transfer market phear its high effectiveness, since since it arrived in the Bundesliga, has scored 76 goals in 75 games, a fact that is worth noting.

What is the clause that would set Haaland free?

According to a publication of the newspaper ‘Bild’, it has been confirmed that the Borussia Dortmund will no longer be able to ask for 150 million euros or more for Haaland from next summer, since on that date when this contractual part enters into force.

Apparently, it has been made official that in the summer market 2022, Erling Haaland will have a fixed price of 75 million euros, figure that is ‘high’ but for its qualities, in addition to how prices are today, it would be a bargain, so there would already be clubs interested in it.

“Your contract in Dortmund runs until 2024, but he can leave Borussia in the summer for a fixed price of 75 million euros“reads the publication of the German newspaper.

Mino Raiola, Haaland’s agent, had previously made it clear that he had many clubs interested in him but highlighted to three, because the Real Madrid, Manchester City and even the Barcelona they had already asked about the Norwegian.

It is known that in summer the Real Madrid could already have in its ranks Kylian Mbappé at cost 0, well to not renewing with PSG would be a free agent; if you add the possibility of signing Haaland for 75 DEM, they would be forming a fearsome template, that if the Manchester City, Barcelona or another club does not prevent it.

Haaland would go for a bargain; confirm clause that would release him