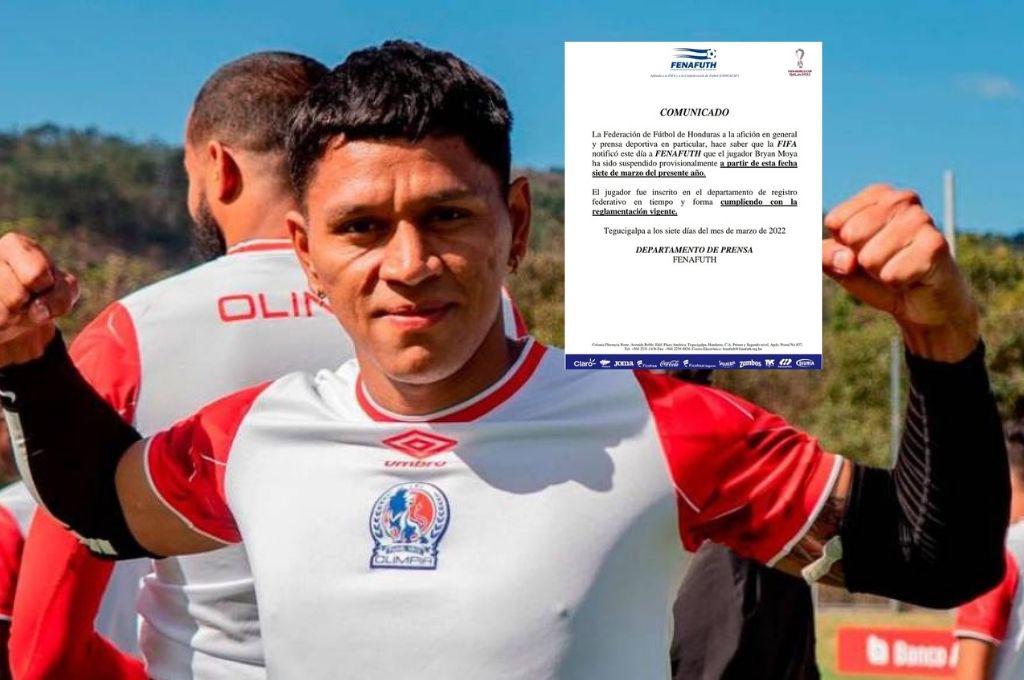 In case of Bryan Moya is still a topic of conversation and now it has been the Honduran National Football Federation(Fenafuth), which has been pronounced.

The now soccer player Olympia was suspended for FIFA from all official activity because he has a legal problem with Zulia F.C. from Venezuela.

This problem of Moya through breach of contract with the Zulia FC. The catracho still had a year left.

Phenafuth He ruled on the sanction against the Honduran national team.

Watch: The millions that Bryan Moya must pay to Zulia from Venezuela and the harsh punishment of FIFA if he does not fulfill the debt

“The Honduran Football Federation to the fans in general and the sports press in particular, makes it known that the FIFA notified Fenafuth this day that the player Bryan Moya has been provisionally suspended as of this date, March 7 of this year,” the statement said.

In addition, Phenafuth clarify why Moya if he could play with Olympia despite the fact that he was in the middle of a problem with the Venezuelan club.

“The player was registered in the federal registration department in a timely manner, complying with current regulations,” he detailed in the letter.

The Zulia of Venezuela claims the following: “In accordance with the provisions of art. 17.1 of the Regulations on the Status and Transfer of FIFA Players, in the event of early termination of the contract due to an express decision or the fault of ‘THE PROFESSIONAL FOOTBALL PLAYER’, due to compensation for early termination of the contract, Zulia claims that Velásquez Moya must pay them a sum of THREE MILLION US DOLLARS (USD 3,000,000.00) net, which in lempiras translates to 73,413,390, this because in May 2021, Zulia claimed 120 thousand dollars for the breach of contract, and now they add said amount together with five percent per annum in interest.

What’s more: President of Olimpia comes out and pronounces on the FIFA sanction against Bryan Moya

The Chamber of Resolutions of the FIFA makes it clear that Bryan Moya You only have to pay 120 thousand dollars, about 3 million lempiras to get out of this problem. If the debt is not fulfilled, the Honduran will be suspended for six months.