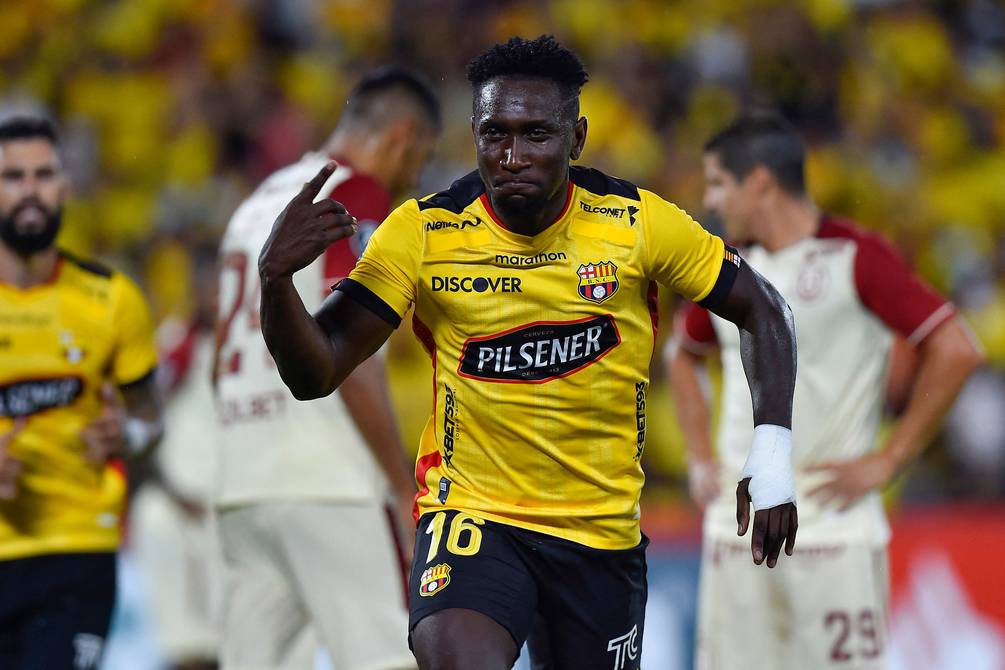 Erick Castillo found the score that Barcelona Sporting Club was looking for so much, then he attended so that Carlos Garcés widen differencesand the bullfighters beat Universitario de Deportes 2-0 on Wednesday in the Copa Libertadores.

Castillo headed into the nets at minute 60 at the Monumental Banco Pichincha stadium, in Guayaquil, in the first leg of phase 2 (qualifying) of the Conmebol tournament. Then, the skillful footballer won on the right in a play that ended with Garcés defining without any problem in the 80th minute.

no aim, the canaries tried to beat the goal of the limeños twenty times before Castillo’s goalwho started on the bench, like Garcés.

The second leg of the series will be on Wednesday, March 2 at the José Díaz stadium (Lima).

Castillo finished off with his head to send the ball towards the far post after receiving a free kick, charged by the Argentine Emmanuel Martínez from the left wing and almost glued to the last line.

The same player was the architect of the 2-0. He launched a counterattack down the right side to send the ball into the small area, where goalkeeper José Carvallo could not catch it and Garcés pushed it.

Both goals came off the bench. Castillo replaced Gabriel Cortez at 55 minutes, who went unnoticed in the ranks of the 2021 Libertadores semifinalist, while Garcés replaced Gonzalo Mastriani at 62.

Determined to avoid what happened in the initial phase, in which he had to define the ticket through kicks from the penalty spot after two draws in the 180 minutes with Montevideo City Torquethe Canarian cast left in a rush to intimidate the cream arch.

On his field he was able to connect thirty shots, against six of the rival.

However, Barcelona was slow to become effective in converting, which has had Argentinian coach Fabián Bustos worried.

As soon as the Venezuelan judge José Argote ordered the start of the game, the host assumed possession of the ball to create constant risk.

Bustos’s pupils were heavy for Carvallo, who must have had a lot of determination to put out several scoring actions.

Cornered and unable to find holes to get out of, the U withstood an offensive hurricane led by the Uruguayan gunner Mastriani, who was the only forward in the 4-2-3-1 formation.

From behind the battering rams Martínez and Cristian Penilla pushed hard, but Carvallo was planted like a solid wall that kept the Lima team’s cabin safe until Castillo and Garcés appeared.

Universitario faked thanks to the work of midfielder Gerson Barreto, who shouldered the team to cross to the opposite field.