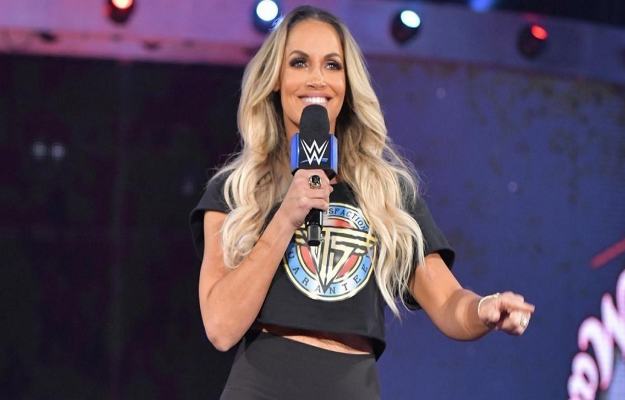 The member of WWE Hall of FameTrish Stratus, will participate in the non-televised live events of raw to be held in his home country, Canada.

Trish is bringing the ‘Stratusfaction’ to Ontario, Canada

Local ads from the city of Ontario about WWE Live to be held there on March 26 and 27 promote legend Trish Stratus as the special host of the evenings. Both shows are typical of Monday Night RAW, but -as is normal for WWE Live- they will not be broadcast on television.

Stratus confirmed its participation in both events through its website, so it is more than certain that the WWE Universe in Canada will be able to see their local heroine again. In addition, the star joked yesterday, February 22, 2022 (2/22/22), saying that fans in his country will have the opportunity to see it 22,222,222 times in the month of March:

Trish Stratus will also be at WrestleCon 2022

During the week of WrestleMania Trish will be present at WrestleCon 2022, which will take place in Dallas, Texas. This way, the legend will be in the same place and at the same time as the Great World Wrestling Entertainment Event, a fact that opens the possibility of seeing an appearance of the Canadian in the show. Some fans have even commented about maybe seeing the dream-match against Sasha Banks, because ‘The Boss’ does not seem to have a clear path to ‘Mania’.

Another possibility is that WWE booked a tag team match between Stratus alongside Lita and The Bella Twinswell the member of the extinct stable ‘Team Xtreme’ left the Company quite impressed and chances are they’ll want her back pretty soon. In addition, the Bella Twins returned at the Royal Rumble and -in Nikki’s words– They quite enjoyed the experience, so they may be willing to have a role in ‘The Showcase of the Immortals’.

The last time Stratus stepped into the ring was at SummerSlam 2019, when she faced then-SmackDown Women’s Champion Charlotte Flair.