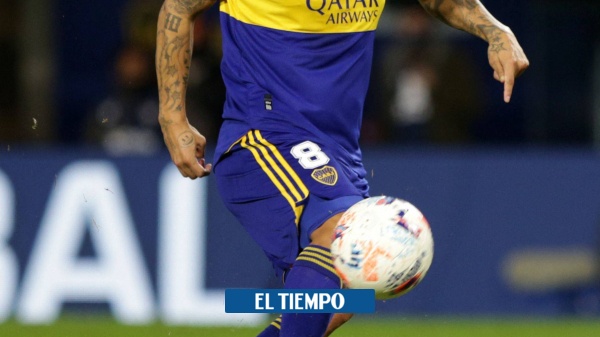 His team had a bad night at La Bombonera and lost to San Lorenzo 0-2.

Something very particular happened on Tuesday night in La Bombera with the Colombian player Edwin Cardona, within the framework of the third date of the Argentine championship. It all happened in the 69th minute of the match, when Boca fell 0-2 against San Lorenzo.

At that moment, Boca’s coaching staff made the decision to remove Cardona to make way for forward Juan Pablo Cabaña.

You may be interested in: Pure magic! Juan Fernando Quintero’s player in Chinese football

However, the Colombian asked his coach to allow him to continue playing, as he wanted to continue on the court and show his talent.

But coach Sebatián Battaglia, who last night temporarily occupied the position of Miguel Russo, decided to withdraw him.

In the images you can see how Cardona makes a hand signal to the coaching staff as if asking to delay the decision. However, there was no change and the Colombian had to leave the field of play.

Although Boca lost the match, Among the fans, the image that remained was that of the Colombian asking his coach not to take him out.

You may be interested in: Memes from the Everton vs. Millionaires game in the Florida Cup