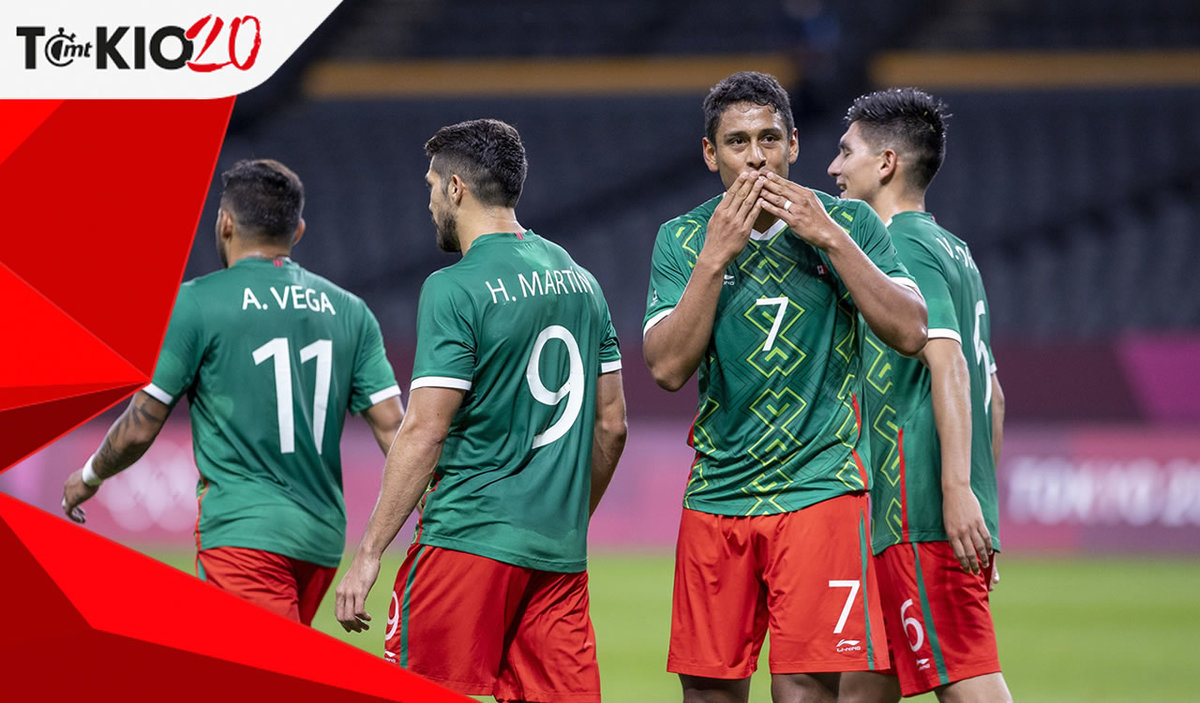 Mexico had a quiet and relaxed night in Sapporo, Olympic venue, where the team led by Jaime lozano managed to tie his pass to the Tokyo 2020 Quarterfinals, after clearly winning 3-0 to the South Africa national team, who said goodbye to the competition, like that of France.

The Tricolor made the predictions valid after what was seen in the Group Phase, and in a game where I shine Uriel antuna, who entered the exchange today for Diego Lainez, with goals from Alexis Vega, Luis Romo Y Henry Martin, the national team took the three points to close in six and qualify in second place in Group A.

The bad news for the Mexican team is that they will not have Quarter finals, where you will face South Korea, to Charly rodriguez, who was sent off in the complementary part, already when the score was 3-0.

The Mexican team gave way to victory in the 20th minute on a ball he stole Alexis Vega in the half court. Touched her to Martin, who leaked for the arrival of Antuna. The player of the Chivas He entered the area and touched the second post where he closed Vega, who only had to push the ball to make it 1-0.

The second goal, and the one that gave greater tranquility, fell at minute 45, when the South African team tightened the most. And in a play with several rebounds inside the area, Luis Romo took advantage of a bad rejection to enter the area with controlled ball and specify on the exit of Ronwen williams.

South Africa started the complementary part better, however, in its best moment its captain Malepe repo was ejected by a strong tackle on Henry Martin at minute 58. Three minutes later, the same Henry was in charge of putting the third in electronic and his first in the Olympic Games.

After the red a Rodriguez, Jimmy lozano gave entrance to Joaquín Esquivel, Diego Lainez, Eduardo Aguirre and Adrián Mora, thinking of arriving with the most complete squad to the duel against South Korea which will be next Saturday, July 31 at 6:30 a.m. Mexico in the Stadium of Yokohama.