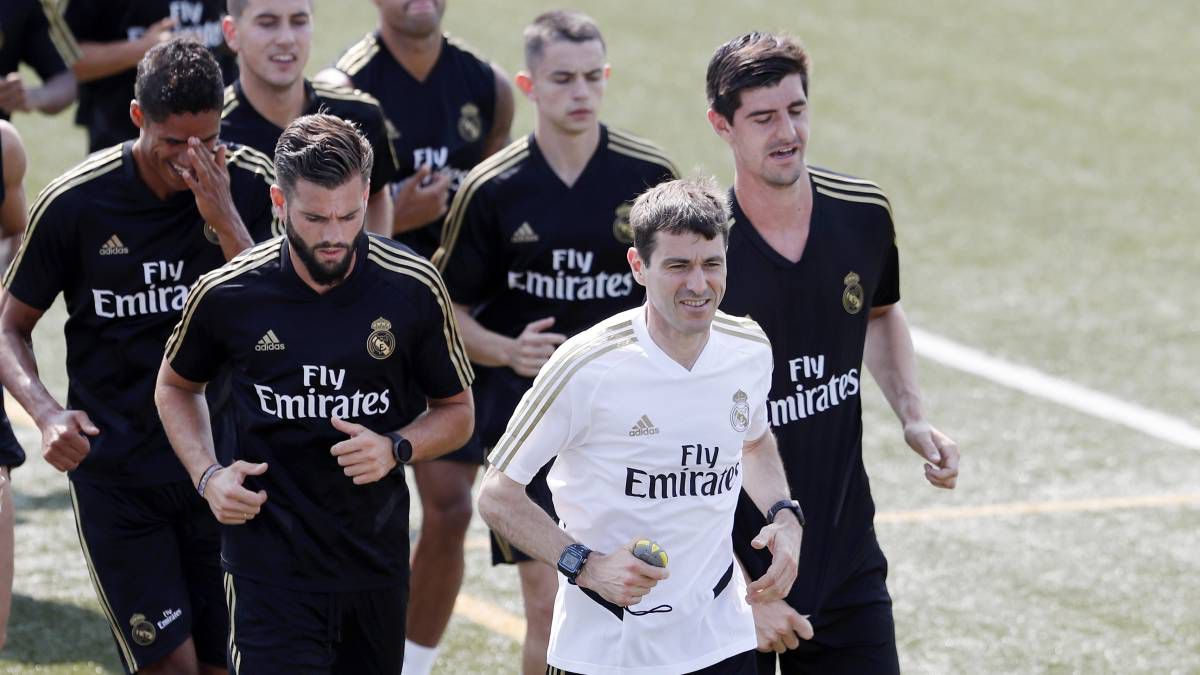 The Racing Club of Strasbourg announced this Thursday the incorporation of Gregory Dupont. After having worked in Lille, on the France selection and in the Real Madrid, the French physical trainer has become the Alsatian club’s performance consultant. Thus, the Frenchman separates his path from that of Zidane, who is now without a team. According to the president of the Strasbourg Marc keller, “The arrival of Grégory Dupont as a performance consultant is part of Racing’s desire for progress and professionalization. I am delighted that he has agreed to join us and brings his great skills to our project. “

Dupont He is defined as a scientist, who combines theory with practice. The French physical trainer began his career in Lille in 1999. After seven seasons there he decided to leave the French club and occupy the position of director of the Department of Sports Sciences at the Glasgow Celtic. However, after two seasons in Scotland returned to Lille to become the Director of the Performance Department until 2017.

That same year, Dupont joined the technical staff of Didier deschamps in the French National Team. Participated in the world of 2018 and was a key part of the success of the Blues. He was in charge of making each player in the selection a 14-page dossier, indicating the type of regimen and preparation they had to follow before playing the World Cup. In addition, he carried out a detailed study on the weather conditions that would be in each match of the tournament to calculate the hydration of the players. This captivated Zinedine Zidane and in 2019 he signed him for him Real Madrid replacing Antonio Pintus, who left the white discipline that same summer heading to the Inter de Milan.

During the 2019-2020 season, Dupont got the Madrid team to be in perfect physical condition after the three-month break due to the health pandemic. That campaign the white club raised the League and the Spain Supercup. But nevertheless, This past season, the team suffered an unrivaled plague of injuries. The continuous physical problems (most of them muscular) suffered by the white footballers put both the coaches and the medical staff in the spotlight. The main one pointed out was Gregory Dupont, and after the departure of Zidane, the Madrid decided not to have the French physical trainer and bring back Pintus.

After becoming official his signing for him Racing, the french fitness trainer said his choice was based on the human values ​​projected by the French club. “After you have met the players and have a meeting, Dupont will define “a model of action in physical preparation, nutrition, sleep and the technological field,” said the president of the Racing.