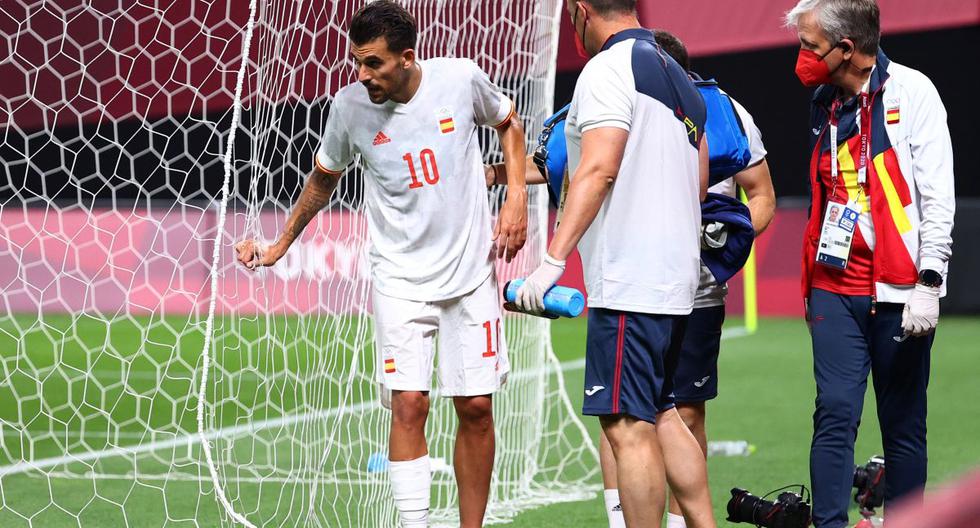 Spain suffered two hard blows before Egypt: failed to score his first three points in Tokyo 2020 and everything indicates that I would lose Dani ceballos for the remainder of the Olympics. The midfielder suffered a severe foul during the game and would have to return to Madrid to begin his recovery.

After the match, the photos of the injury went viral. One of them shows how the foot of the Real Madrid footballer was left after the hard tackle by the Egyptian player that caused the referee to only show him yellow.

Ceballos’s continuity in the Olympics is in doubt. According to the medical report provided by the Federation, the footballer suffers a sprain in his left ankle and his evolution in the next 48 hours will mark his availability for the next commitments of the ‘Rojita’, the first this Sunday (12:30) against Australia.

Against Egypt, Spain lacked spark, imagination, in three quarters of the field to the team led by Luis de la Fuente. Because until then he clearly dominated an Egyptian team well planted at 5-4-1 and that did not hesitate to enter hard to reduce the fluidity of the Spanish game.

The ‘Rojita’ was able to achieve victory in a header from Rafa Mir in the m. 87 and in a forced auction by Vallejo already in the discount, but he had to settle for a point that knows little for one of the great favorites, a priori, to get the gold.

Spain will face in its next match against Australia, leader of the group after defeating (2-0) Argentina, one of the great favorites to hang the gold medal. In the process and prior to the duel, it should not be complicated, but after what was observed before the Africans, anything can happen.