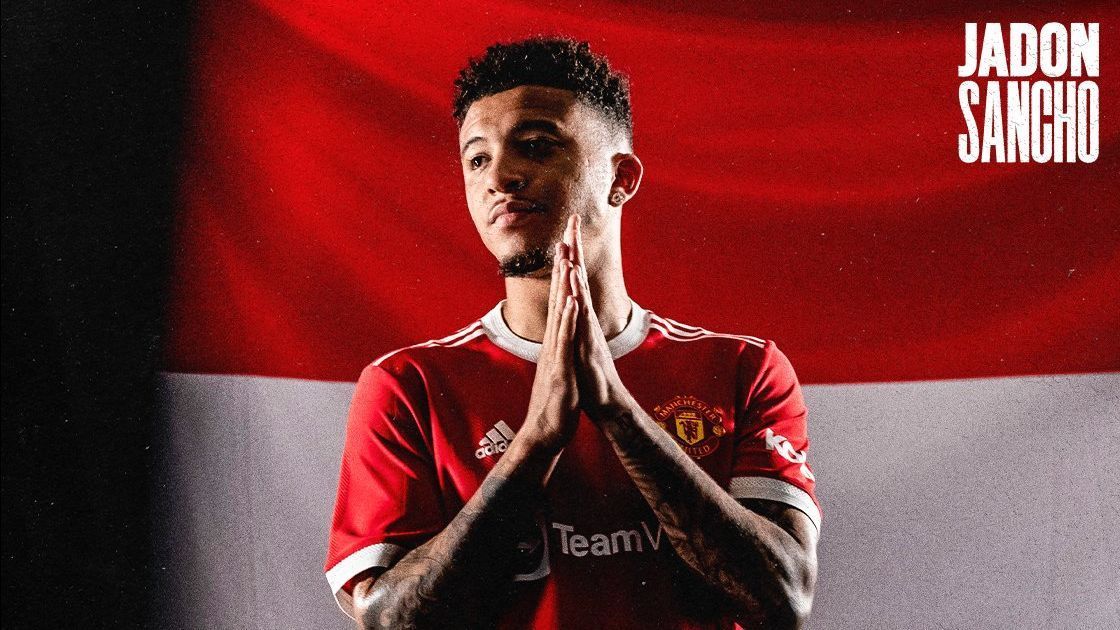 Manchester United completed the signing of Jadon sancho in a five-year contract with an option for 12 more months, the club confirmed this Friday.

Borussia Dortmund had previously confirmed the deal, stating on July 1 that the transfer fee is “set” at 85 million euros ($ 99.98 million). United also confirmed that the deal had been initially agreed upon, subject to a medical examination after England’s participation in Euro 2020.

Sancho and his teammate at United, Marcus rashford, they missed penalties in the final of the tournament, as Italy won 3-2 after extra time.

Sancho said: “The opportunity to join Manchester United is a dream come true and I can’t wait to play in the Premier League. This is a young and exciting team and I know that together we can become something special to achieve the success that the fans deserve “.

The agreement officially ends a transfer saga that has dragged on for nearly 18 months.

United manager Ole Gunnar Solskjaer said: “Jadon personifies the type of player I want to bring to the club, he is a striker in the best Manchester United traditions. He will be an integral part of my team for years to come and we look forward to seeing him. to flourish.

“His goalscoring and assisting records speak for themselves and he will also bring tremendous pace, style and creativity to the team. Old Trafford will give him the platform he needs to unleash his untapped talent and perform at the highest level. Age, Jadon has already He accomplished a lot and showed the courage to go and prove himself abroad.

“We all look forward to welcoming Jadon to the team as we prepare for the new campaign.”

United tried to sign Sancho last summer, but failed to agree on a fee with Dortmund. The German team lowered their request of £ 108 million ($ 148 million) and, after seeing at least two rejected offers, United were finally able to reach a deal this summer.

Sources have told ESPN that Sancho’s former club Manchester City is owed 15% of the profits Dortmund have made from the deal, which is expected to be around € 11.2 million ( $ 13.17 million).

Sancho leaves Dortmund after making 137 appearances, scoring 50 goals, in four years in Germany. He was named to the Bundesliga team of the season in 2019 and 2020.

Dortmund CEO Hans-Joachim Watzke said he hoped to stay with Sancho this summer, but that the 21-year-old had told the club that he wanted to move to Old Trafford.

“It was Jadon’s exemplary wish,” Watzke said. “We would have liked to stay with him.

“We reached a general agreement with Manchester United on the transfer of Jadon Sancho, pending completion, as there are still some procedures to be agreed and the medical check-up to be completed.”