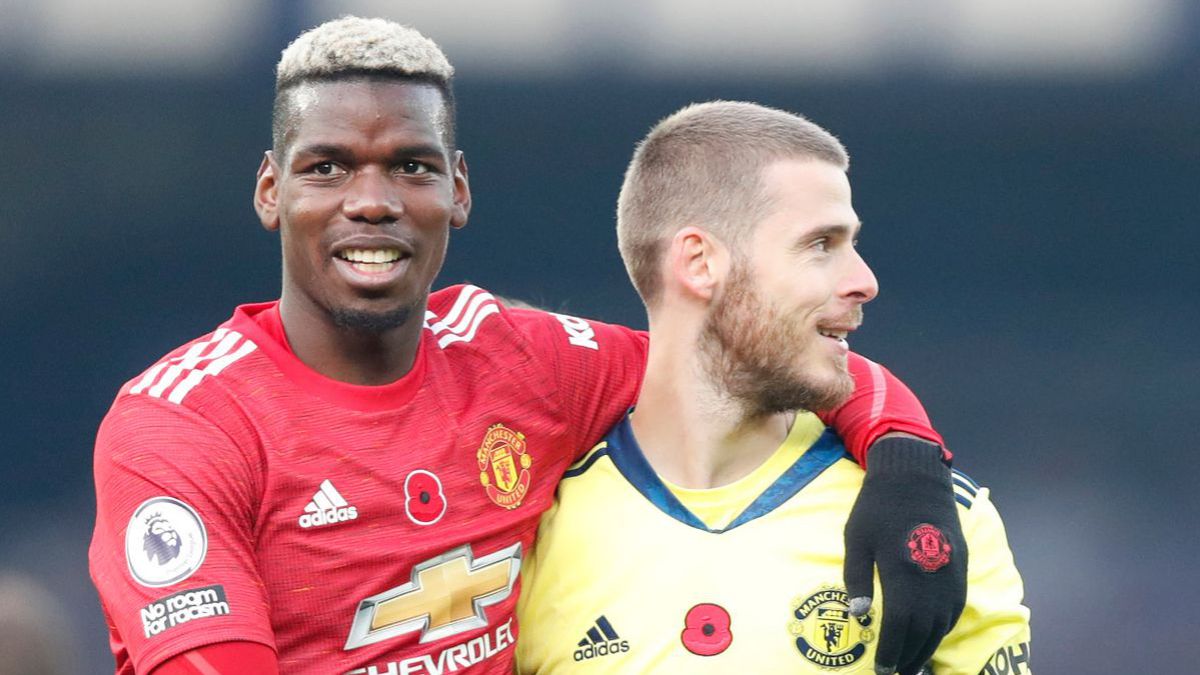 Two years ago, Manchester United agreed to David De Gea’s demands and made the Spanish goalkeeper the highest paid footballer in the Premier League thanks to a contract that bound him to the Red devils until 2023 in exchange for 375,000 pounds per week. Now, in full resolution of the future of Paul Pogba, the renewal offered to De Gea has become a problem for the Mancunian leadership. As stated The Athletic, the managers and leaders of the Old Trafford team lament the agreement that secured £ 75M to Spanish (more than € 87.7M), which has caused a great wage inequality in the Manchester United staff.

The problem for the Mancunians is that Paul Pogba, through his representative Mino Raiola, could generate an identical earthquake in the locker room of the Red devils. The French midfielder has one year left on his contract with Manchester United and, given the possibility that Pogba can go free in the summer of 2022, the team coached by Ole Gunnar Solskjaer. As this medium also points out, those of Old Trafford can sell the French footballer during this summer transfer market, knowing that the teams will pay less than what Pogba is actually worth, or meet the demands that the player and manager ask to extend their stay in Manchester.

Although David De Gea is the highest paid footballer in the Red squad with those 375,000 pounds per week, and the Frenchman’s salary is not low (290,000 pounds per week), the arrival of Jadon Sancho would have moved Pogba to the third salary step of the workforce. According to reports from England, the new English footballer for Manchester United will earn 350,000 pounds per week, so Raiola’s intention is that a possible renewal of Pogba approaches the figures of the Spanish goalkeeper. If the agreement with De Gea generated repentance in the Mancunian leadership, further widen the wage gap of the workforce of the Red devils it would be a difficult question to solve. And it is that to find the fourth highest paid footballer of Manchester United would have to go up to 120,000 pounds a week from Dean Henderson.

The renewal of Paul Pogba would be a problem for his team, yes. But a zero-cost start next summer would mean making the same mistakes of the past again. The French midfielder was one of the great stars of the Manchester United quarry, but in 2012 he headed to Juventus as a free footballer after failing to reach an agreement to renew his contract. A total of € 105M brought Pogba back home in 2016, so to see him pack his bags, again, as a free agent would be a failure of the board of directors. Red devils.