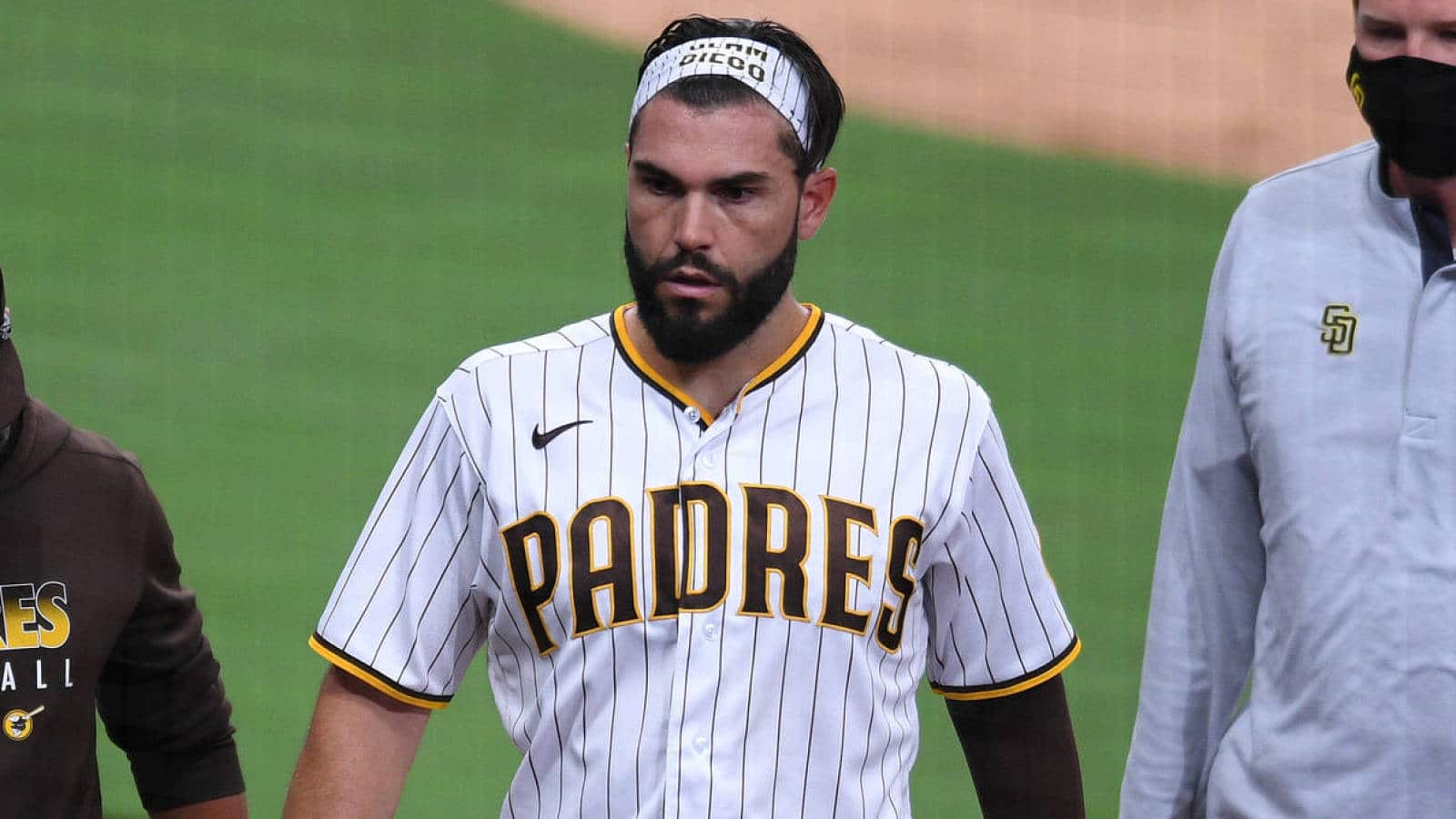 The San Diego Padres explore in the exchange market the possibility of exchanging at Eric Hosmer on the MLB 2021.

General manager AJ Peller has let it be known that the Padres are seeking a trade for the first baseman. Eric Hosmer to loosen the payroll a bit.

What prompted that decision?

The arrival of Adam Frazier complicated things for Eric Hosmer, who is not performing and is unlikely to be placed above Frazier in the lineup at the MLB.

San Diego Padres outfielders Tommy Pham, Trent Grisham and Will Myers are doing well, obviously sitting one of them for Adam Frazier would not be much of a pleasure.

The most practical thing is to send Jake Cronenworth to first and Adam Frazier to second. Cronenworth is experienced and has played several games there this season. The only obstacle is Eric Hosmer, who has not met expectations based on his contract.

How is it performing Eric Hosmer?

How much is left of Eric Hosmer’s contract?

Eric Hosmer it had a capsule where it could not be changed until 2020, now the team has the freedom to negotiate it. In addition, there are still 59 million remaining from his contract until 2025, he has an option to exit his contract year after year from 2023 to 2025 in the MLB.

What would the Padres gain by trading Hosmer?

The Padres could keep key players for next season without paying luxury taxes.

What does Hosmer bring to the Padres?

Hosmer is a fundamental part of the defensive team of the San Diego Padres, he has saved Fernando Tatis Jr. and Manny Machado from making many mistakes, his glove is essential and that was one of the reasons why he received 144 million for 8 seasons on the MLB.

Between Fernando Tatis Jr. and Manny Machado there are only 640 million on the roster, while other players are approaching free agency and the Padres must respond if they want to keep their services.