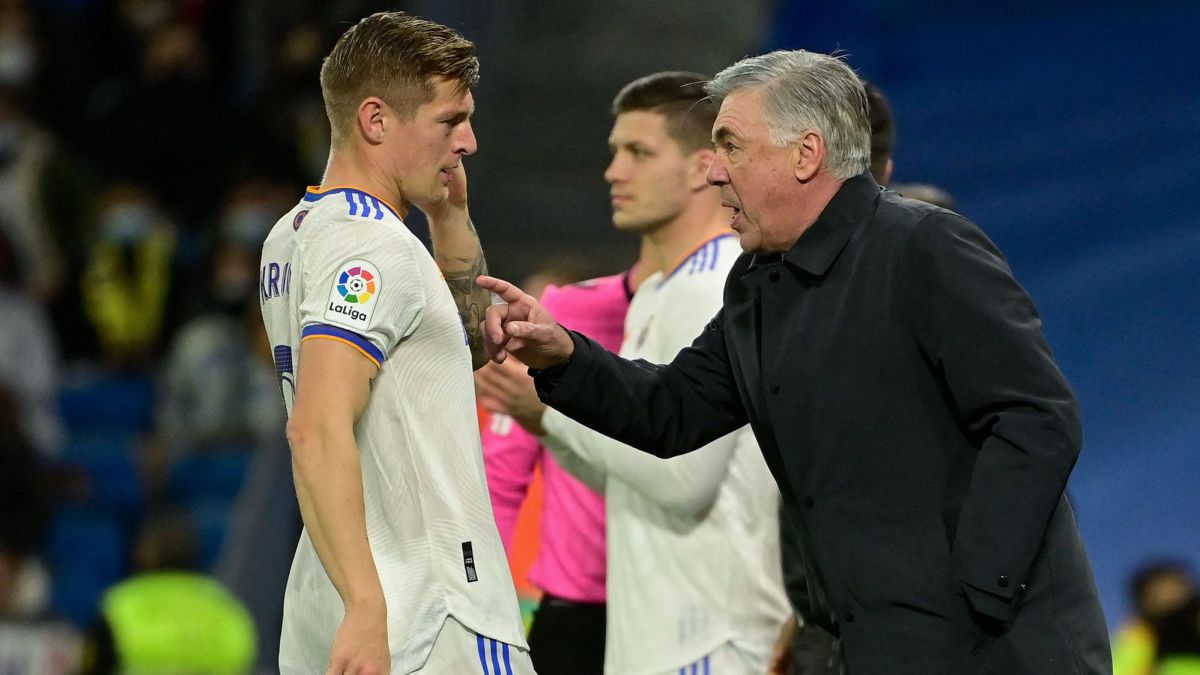 Ancelotti’s Madrid still bears similarities to the one that Zidane left seven months ago. Madrid this season, like last season, is unable to find the way to defeat the rivals who lock themselves behind and give it the initiative. So far this season, the team has played 24 games, in which they have won 18 wins. They have only stumbled in six games, resulting in four draws and two losses. Five of those six winless games (all except for the draw against Villarreal) are among the nine games in which Madrid had the most overwhelming control of the ball.

The team averages 59.62% ball possession in the 24 official matches played so far, according to data from Opta. A figure that shot up to 81.95% against Cádiz. It is Real Madrid’s best record in the league since the 2005-2006 season, the first for which homogeneous statistics are available. A monopoly of the spherical that did not serve the white team to beat Ledesma. As was also unproductive, the 74.73% that he monopolized against Osasuna nor did the 75.66% that he obtained against the Sheriff at the Bernabéu help him to win the game.

In that match against the Moldovans and against Cádiz by Álvaro Cervera They have also been the games in which Madrid have tried the most shots this season. 36 to the yellow team (9 on goal) and 31 for the Sheriff (11 between the three suits), a figure that contrasts with the only seven he made against Atlético (three on goal, two goals).

No team had attempted so many spikes in a Spanish league game in more than eight and a half years. Madrid itself did them in April 2013 in a match that they beat Levante 5-1, according to Mister Chip, who provides another piece of information: in the 20,840 games played in the five main European leagues in the last decade, only three teams had tried more shots in a game and failed to score.

In the 5 major leagues, 20,840 games have been played in the last decade. There are only 4 in which a team made 36+ shots without scoring:

“We are a better team so doing what we don’t have to do with the ball, when sometimes with the ball we create more problems than benefit”. The phrase, pronounced by Cervera after the game, can also be applied Madrid, which has 13 of the 14 games in which it has not reached 60% possession by victories. Ancelotti has also highlighted on several occasions how comfortable his team is defending in a low block, allowing him to go out for a run taking advantage of the spaces left by rivals.

Last season, with Zidane on the Madrid bench, the team experienced a similar situation, with his average possession (59.46%) almost traced to the current one. Their three games with the highest possession of the ball (74.83% against Cádiz, 73.03% against Alcoyano and 70.31% against Athletic in the Super Cup) ended in defeat. And the other in which it exceeded 70%, in the visit to Osasuna (70.11%), ended with a goalless draw. However, of the eight games in which he had less possession than the rival, he won six, drew one and lost another.

Biggest problem at the Bernabéu

Curiously, the problems are occurring at home, where Madrid has yielded three draws (Villarreal, Osasuna and Cádiz, all 0-0 in the League) and was defeated (1-2) against the Sheriff. Away they have drawn a game (3-3 against Levante) and lost another (2-1 against Espanyol) and have scored in all their visits.

Conclusion at Real Madrid: possession does not feed him