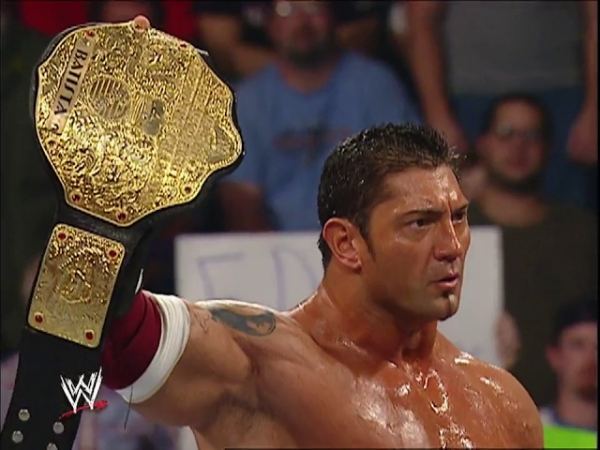 The former WWE wrestler Batista He was in his time one of the most loved superstars by fans of the wrestling company. Dave Batista shared the spotlight with stars like John CenaBut his life is completely different now. After finishing his career in WWE he focused on the movies, where he is not doing badly as a Hollywood star.

Will Batista fight in WWE again?

Unfortunately for all his fans the answer is negative. Batista will not fight in WWE again, and so the wrestler himself has said in numerous interviews granted as part of the promotion of his films. Whoever was one of the biggest stars of the company considers that his time is over and that his career in the cinema is now the only thing that matters to him.

Batista’s activity on social media is not simply used to promote his film work. Your Twitter account frequently shares campaigns in favor of animals, campaigns in which they usually participate actively. In addition, it carries out health promotion work, especially related to the promotion of vaccination against COVID 19. It is also a major critic of Donald Trump.

Heading back to #MDAS on SATURDAY 12/18! Merry christmas #TANK # A2271714 😡 will spend it alone at a shelter who’s AT CAPACITY as OWNER SURRENDER because HER DOG doesn’t like him! He’s a GOOD DOG failed by a disgusting adoption process! DOG FRIENDLY!https://t.co/ZOudwQOVUO pic.twitter.com/K7rqoTf78y

Future of Batista in the cinema

Currently the former WWE wrestler is focused on his career in Hollywood. It was recently announced that he would be the lead of the film Knock At The Cabin.

What happened to the WWE wrestler Batista? This is what he does now …