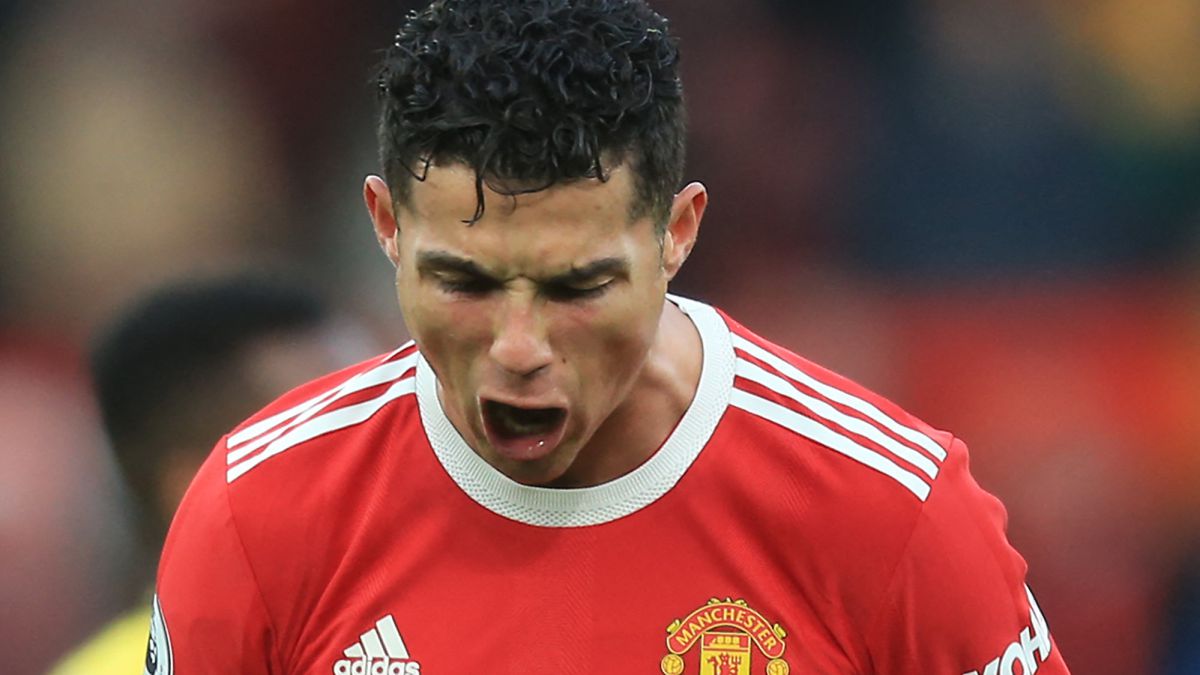 It was Saturday night and Manchester United were staying at the Lowry Hotel before the derby on Sunday, March 6, against Manchester City. One of the most important matches of the season in which the Red Devils could not count on the presence of Cristiano Ronaldo. As Diario AS advanced, United’s 7 did not appear at the usual concentration hotel because Ralf Rangnick had called him off.

However, at that time United did not offer an explanation and it was necessary to wait until the next morning, a few hours before the momentous duel, to find out that Cristiano was injured and could not play. “There have been some discomfort in the hip flex that could make him miss the second leg against Atlético de Madrid in the Champions League,” argued Rangnick himself just before the derby began.

But after City’s painful 4-1 win, the German coach’s version changed and he did not justify the absence of the Portuguese striker in the same way: “I’ll have to trust my medical services…” the United coach snorted. And Roy Keane, club legend, who listened to him, was concerned about the situation on Sky’s microphones: “This smells funny.”

The intrigue was served, and there was no lack of reasons for it: Until the day of the match, Cristiano’s discomfort was not made public, and it was not understood that he was reserving to play against Atlético de Madrid, when there were still nine days left for the Champions League match. Two circumstances that caught the attention of the Manchester United squad, which Cristiano did not accompany at the Etihad Stadium because, according to The Athletic, he had been in Portugal since Friday. A trip that the Old Trafford club did not make public either…

All this after three weeks ago Diario AS will reveal Cristiano’s poor relationship with Rangnick, whom the Madeira player saw as lacking the level to lead United – an opinion shared by the rest of the heavyweights in the locker room. Since then, the breakup has been an evidence and Cristiano’s injury is the last chapter of this story, which is haunted by the shadow of doubt.

Another fire at Juve

Since his triumphant departure from Real Madrid, where he left lifting his fifth Champions League, Cristiano has continued with the same goalscoring appetite, but the controversies of yesteryear have resurfaced. Already in Turin, where he played three great seasons, his story with Juventus did not end in the best way and he had to look for a new destination at the end of last summer.

“Cristiano was bored in Italy,” revealed Khabib, one of his friends, and ended up back at Old Trafford. Red Devils fans welcomed the legend with open arms after a twelve-year absence, but while his numbers have remained remarkable, United’s run has been poor and changes are pressing.

Upset in the locker room with Rangnick

Cristiano Ronaldo is not the only player who is unhappy with Rangnick’s methods and decisions. As published by the Manchester Evening News, there are several players who are angry with the selection of eleven made by the coach. So much so, that, always according to this English medium, nicknames are already circulating about the coach’s favorite footballers. “One player described a teammate as the ‘teacher’s pet’ due to his regular appearances and another player is jealous of the attention his competitors receive.”writes the Manchester Evening News.

Rashford or Bailly would be two of the Manchester players who are most suspicious of Rangnick for his ostracism. The former is concerned about his lack of minutes, a situation of condemnation that worsened in the city derby, where he was on the bench despite the casualties of Cristiano, Cavani, Martial and Greenwood. The second, for his part, is the fifth option for the German.