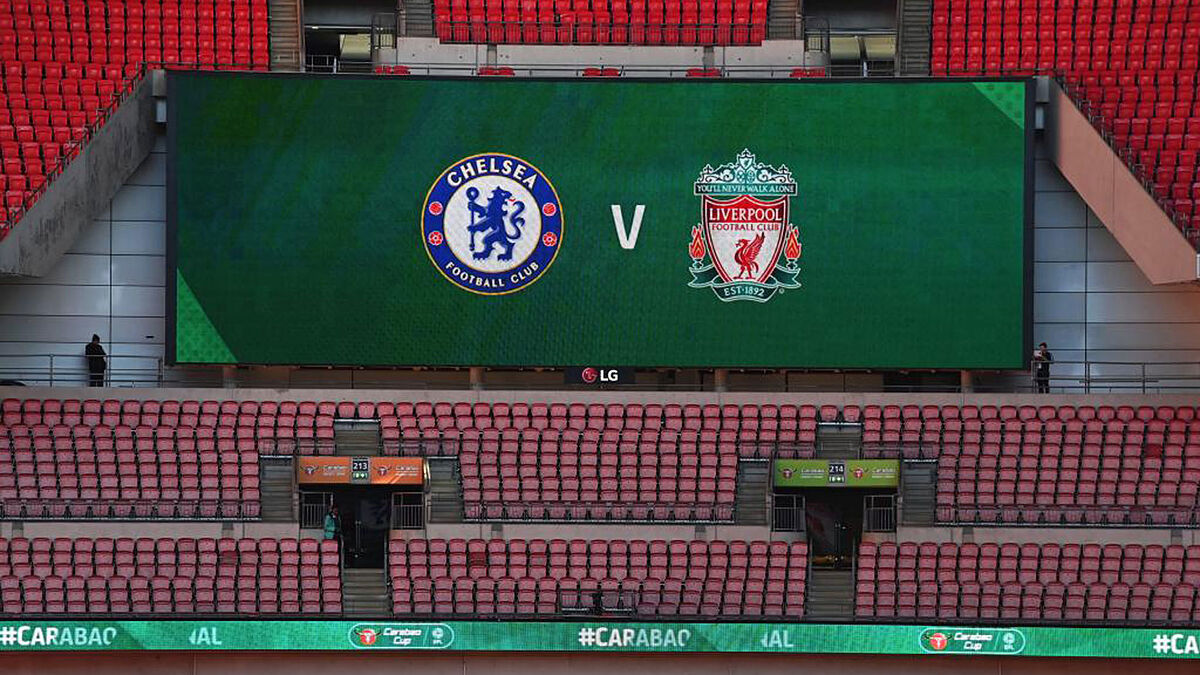 CHelsea and Liverpool play the Carabao Cup at Wembley. German duel on the bench between Thomas Tuchel and Jrgen Klopp.

16′: Liverpool are trying to balance Chelsea’s intensity. The ‘reds’ can not run

12′. Thiago Silva is being treated for a blow to the side. Party stopped … although he can continue

10′: What intensity and what pace at Wembley. Chelsea is surprising Liverpool. How did the final start?

5′: PARADIN FROM KELLEHER TO PULISIC! What hand did the goalkeeper put in? The first of the match

4′. Chelsea comes out very high and Liverpool holds on. game is coming

2′: The image of Wembley in support of Ukraine before the game

1′: CHELSEA-LIVERPOOL STARTS! THE FINAL OF THE CARABAO CUP BEGINS

17:29. Thiago cries. He has been injured in the warm-up and cannot play. Keita leaves

17:27. Both teams posed together before the photo with two flower crowns in the colors of the Ukrainian flag.

5:24 p.m. Liverpool and Chelsea jump onto the Wembley pitch!

5:19 p.m. Liverpool have not won the Carabao Cup since 2012 and Chelsea since 2015. Tuchel has reached all the finals to which he has opted since he is in the ‘blues’ and Klopp wants to add another one to his ‘red’ record

5:18 p.m. If Liverpool win the Carabao Cup today, they will become the team with the most League Cups, breaking the tie with Manchester City. Both have 8 after Guardiola’s men have won the last four.

17: 13. Shows of support for Ukraine in the Wembley stands

17:09. There are news in the elevens. Kepa, Chelsea’s usual goalkeeper in the FA Cup and the Carabao Cup, leaves his place to Mendy. Tuchel also leaves Lukaku out. And Klopp, who keeps Kelleher under the sticks instead of Alisson, bets on Luis Daz along with Salah and Man as he has neither Jota (bench) nor Firmino (injury).

17:07. WE ALREADY HAVE LINEUPS! Liverpool come out with…