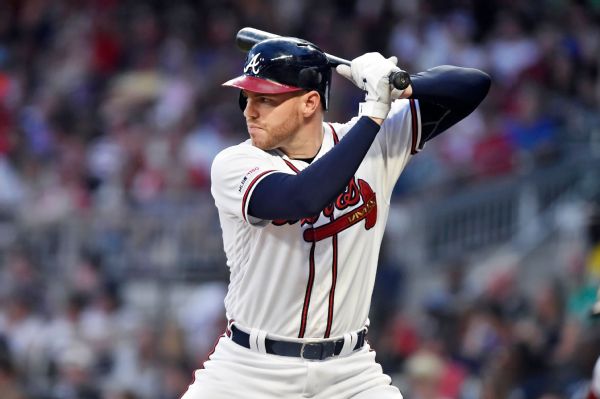 The Atlanta Braves won the World Series last season after 26 years without it. What many did not expect was that the star of this franchise and one of the best hitters in the Major Leagues would reach free agency. Yeah, this happened with Freddie Freemanwho has been the face of the Truist Park outfit, and now one of the most coveted free agents.

Several teams have shown interest in the left-handed hitter, who in ten years in the Major Leagues has a .295/.384/.509 offensive line. Interested groups include the Yankees, Blue Jays and Mets.

Steve Cohen’s team has grabbed the spotlight after acquiring big names this offseason, both in pitching, such as All-Star starter Max Scherzer, as well as three other good players, Starling Marte, Mark Canha and Eduardo Escobar.

Signing Freeman would be that left-handed bat that the Mets have been missing so much, not to mention the quality of Robinson Canó, who has already seen his best years go by, as well as some glimpses of Michael Conforto, Brandon Nimmo and Jeff McNeil.

The Mets’ left-handed hitters combined for a collective .240 average last season, which was just about average in the league for left-handed players. The improvement Freeman would bring to that lineup is predictable.

It may interest you: The best fielding of a Cuban in a Yankees uniform, right?

Freddie, since 2018, among left-handed hitters who have seen at least 5,000 pitches, has the second-best batting average (.306) behind only Michael Brantley. In OBP he is fourth (behind Soto, Nimmo and Yelich) and sixth in SLG (behind Soto, Yelich, Harper, Ohtani and José Ramírez). Also in that period he is the one who has accumulated the most RBIs (355) and one of the seven sinister hitters with more than 100 homers (105).

Even knowing that Freeman would contribute very good numbers to Buck Showalter’s offense, we can’t overlook his defense, since he adds positive metrics in the three most important defensive indicators (DRS 10, UZR 5.4 and OAA 5), he also won a glove gold in 2018.

With the upcoming labor deal with a universal DH, Pete Alonso can stay on as designated hitter, handing first base to Freddie. Wait! Have you seen the infield that the Mets could have for the next contest if they acquire Freeman?

In total, that infield would add five Gold Gloves, a Platinum Glove, 10 Silver Bats, an MVP, 19 All Star selections and two World Series titles. Do you see why I was referring to a Dream Team?

Now look at the outfield:

Without a doubt, they project one of the best lineups in the business. They should just check their rotation, and create a sustainable quintet, given that they’ll have the best starting duo in the majors in Jacob deGrom and Max Scherzer.

It may interest you: Yankees bullpen, the best in the business, and their doubts about the starting closer

Finally, it is important to say that Freeman’s signing may be related to the next CBT, since if the sanctions increase for the teams that exceed the luxury tax, that would set the contending teams back a lot, in addition, it is necessary to see where top falls. Currently, according to Roster Resource, the Mets project a $263M payroll for 2022, that would be $53M more than the last cap, which would carry a large penalty.

We will have to wait for the work stoppage to end to know Freeman’s final destination, he could return to the Braves, or be part of the Yankees, the Mets, but without a doubt, wherever he wants him to go, he will continue to show that he is one of the the best players we have seen in the last decade.