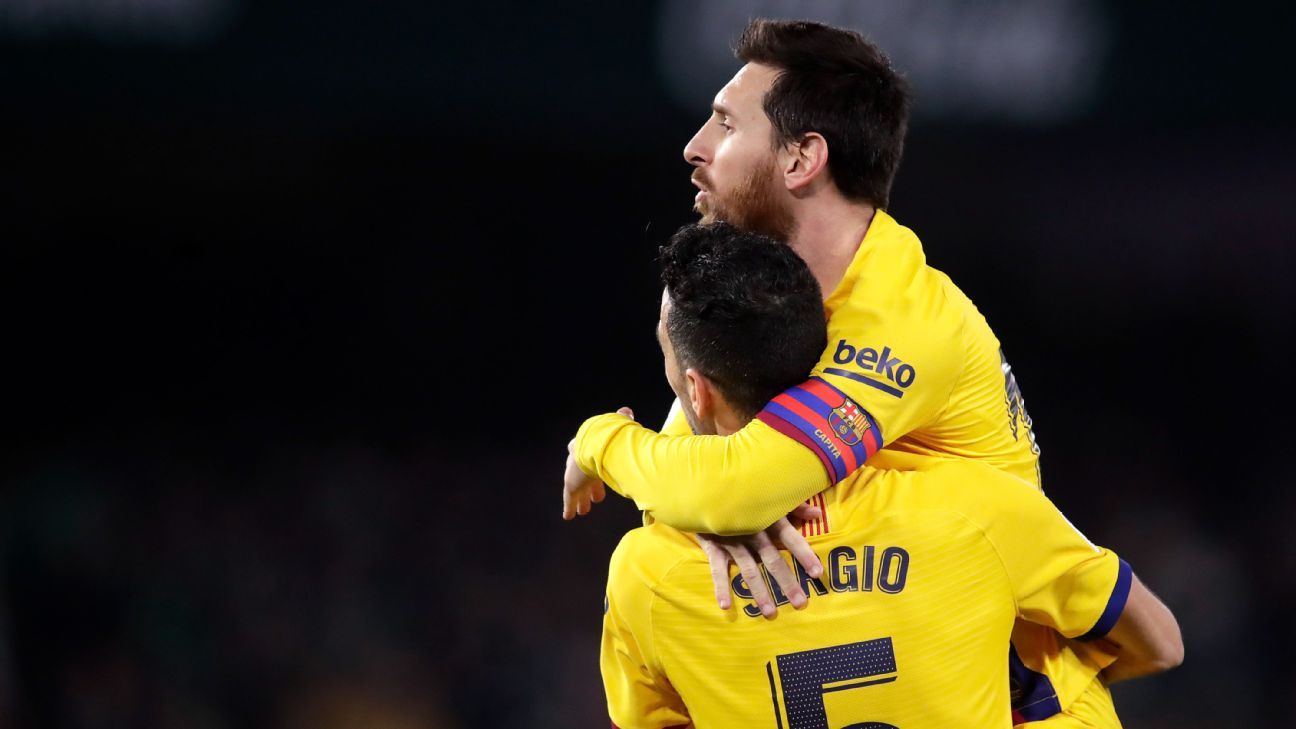 BARCELONA – Sergio Busquets, after nearly 24 hours of strange silence in the Barcelona dressing room, this Friday he was the first Barça player to say goodbye to Lionel messi throught social media.

As the new captain of the squad, Busquets went to the Argentine footballer’s home to speak personally once he met, officially and directly by Joan Laporta before morning training, the departure of 10.

“Still trying to assimilate everything and knowing how difficult it will be, I can only thank you for what you have done for the club and for those who have accompanied you these years and specifically me. You came as a child and you are being the best player of history, having made this club grow at the height where it belongs and making history individually and collectively. I can always say that I played and shared many moments with you, most of them very good, and I was lucky to grow and enjoy by your side thirteen seasons, Beyond all this I remain with the person and the friendship that we made, I will miss you a lot. I can only wish you and your family the best because you deserve it. You will be missed ” , Busquets wrote on his Instagram account as a farewell, in which he was the first message that emerged from the locker room.

The Catalan midfielder will directly become the first captain of the squad and the message that he can convey to the fans on Sunday is awaited with attention, on the occasion of the Joan Gamper Trophy. With him they will act as captains Gerard piquhe and Sergi Roberto, remaining to define the fourth member, a place that by seniority would correspond to Jordi Alba… Although his promotion is not so clear and the possibility that he could be named is estimated Marc-André ter Stegen, whose rise in the locker room is evident.

A few minutes after Busquets’s message came that of Ansu Fati. “All the boys who come to the Masia dream of being able to play with you, I feel fortunate to have fulfilled it. I wanted to thank you these two years for your gestures of affection towards me and for everything I learned. My family and I will always be in love with each other. grateful, I wish you and your loved ones all the best ”, the young squad also wrote on his Instagram account.