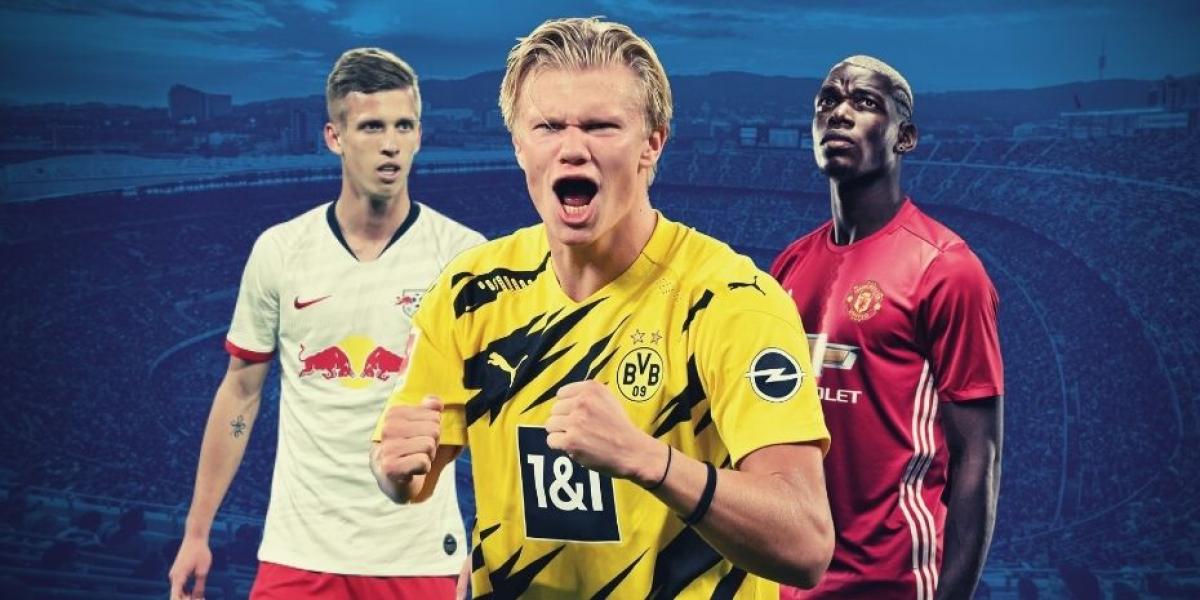 The FC Barcelona already working for the future with key renovations of Ansu, Dembélé and Pedri up and running and already thinking of being able to compete better in the market so as not to lag behind its rivals. After failing to retain Messi and have detached from Griezmann reducing the salary mass from 100% to 80% with the plan to reduce it to 65% of total income during the course, the economic vice president, Eduard Romeuhe said Thursday in RAC 1 that they are working “so that next season the club will be in the transfer market again. I do not see excessive problem to obtain the resources ”.

Joan Laporta He had already dropped an optimistic message for next year. “Although the departure of Griezmann, Messi It did not enter the parameters of LaLiga either. It is important to meet the objective since more ambitious signings can be made, ”he said two weeks ago in Esport3 referring to the new salary policy. He was later asked by Erling haaland and smiled. The Norwegian, wanted by almost all of Europe, is the great dream to make a leap in quality and also in the media up front. Another crack that likes is Paul pogba, free in 2022, although in both cases it would be necessary to come across the figure of the agent Mino Raiola, with good relationship with Laporta, and the high commissions it usually asks for. More affordable is Dani Olmo, by whom the Barça it has already bid the last hours of the summer market. The Leipzig It will not make it easy in January either, but in summer it could fall.

Of all the reinforcements you have on the agenda, Dani Olmo which aims to be the safe bet of FC Barcelona for the next season. The Catalan extreme, formed in The farmhouse, was very close to returning the last days of this summer market. With Barça and Leipzig negotiating his transfer, the winger received permission from his club to negotiate with the FC Barcelona.

In fact, and as reported by MD, the Barça club sent the proposal to the player who gave the yes despite the conditions, which were at the expense of polishing fringes if Barça and Leipzig they reached an agreement. In the Catalan club they thanked the player’s predisposition, who said yes without practically looking at the conditions, prioritizing his Barcelona feeling, which comes from the cradle. Playing at the Camp Nou was a great step in his sports career and a very good opportunity for him despite having to cut his salary at Leipzig. And it is that Barça, as it has done with the last signings (Memphis, Agüero, Eric …), offered him a low fixed that would be very fixed if the forward met the individual and collective performance objectives.

With the bases of the contract with the player already established – apart from the agreed salary, the duration would be five years -, the Barça it will return to the load with everything next summer.

Before, in the next winter market, the Barça will try if any option is given, but from the club they already assume that they see it complicated because if the Leipzig will be eliminated from the Champions -it is in group A together with Manchester City, PSG and Bruges– I would bet big to try to get hold of the Europa League and there Dani Olmo would have a leading role. And vice versa, if the Leipzig is able to qualify leaving one of the two greats out (PSG or City) will also need to Elm to try to qualify for fourths later. And he also wants to win the Bundesliga. In summer, and despite the fact that Leipzig will not give it away, it will be another story.

Erling Haaland is everyone’s desired forward. And not only for the fans of the Catalans. The current Borussia Dortmund striker has countless girlfriends for next season. At just 21 years old, in the footsteps of the Norwegian attacker are FC Barcelona, ​​but also Real Madrid, PSG, Liverpool and more. In short, most of the greats in Europe.

This past summer, Mino Raiola, the forward’s representative, was already in Barcelona with the footballer’s father to find out what sports plan they would offer Haaland. Hours later, he took the plane and did the same with Real Madrid, showing that he is open to listening to all the proposals.

In view of the delicate economic situation suffered by the Barça entity -the board confirmed a loss of 481 million for this season-, a priori Barça leaves at a clear disadvantage to be able to enter an auction with the rest of the teams.

The only ‘positive’ that can help Barça is that Haaland, as of June 30, has stipulated an exit clause from Borussia Dortmund of 90 million euros, which is still an exorbitant figure taking into account the current situation. At least the Barça club already knows the price that it would have to face, from the outset, to be able to buy the player from the German team.

However, to those 90 ‘kilos’ a large peak should be added, not only because of the player’s salary, who wants to be among the best paid on the planet and would claim a net chip of 30 million, but also in the form of commissions. Mino Raiola, agent of the footballer, intends to pocket 20 ‘kilos’ of commission. The same figure is requested by the player’s father as a transfer bonus. Against this background, it is difficult to believe that Barça can face the signing, but Laporta hopes to convince the player and his agent by the friendship that unites him with Raiola.

With Dani Olmo as the real option and with Erling haaland Like the dreamed signing, the Barça sports management would have a third player on the table to be able to make a difference in the team that would be presented as a great market option. This is the French midfielder Paul pogba. The 28-year-old French international concludes his current contract with him Manchester United next June 30, with which he would arrive free.

Therefore, and in accordance with how the Barça box is -still with cobwebs-, the signing of Pogba it could be a reality, despite the fact that neither the player’s salary nor the transfer bonus would be cheap. To that, we would have to add the agent’s commission, which as in the case of Haaland is Mino Raiola, which will also require a good salary.

Some information pointed out this week that Joan Laporta, president of Barça, had already taken the first steps to try to undertake the signing of the French midfielder. The portal fiches.net revealed that Laporta had conversations with Raiola to inform you of the interest of Barça on the player. The same agent confirmed that the Barça would not be the only one interested in getting the services of Pogba. Behind him are also his own Manchester United, who wants to renew you; the Real Madrid, which has it as an old aspiration of former coach Zinedine Zidane, PSG, who wants to complete his dream team with the Frenchman and Juventus, a club in which Pogba has already been and with which he faced the Barça in the final in Berlin in 2015. Laporta wants a ‘beast’ Pogba fulfills the profile of the footballer that Barça president Joan Laporta wants to reinforce the midfield. Beyond keeping the style of Johan Cruyff, The president also wants to have a ‘beast’ in the middle, who is capable of sacrificing himself to the maximum for his teammates, who has physical display to go up and down, retrieve balls and have arrival. Georginio Wijnaldum ended in the PSG.