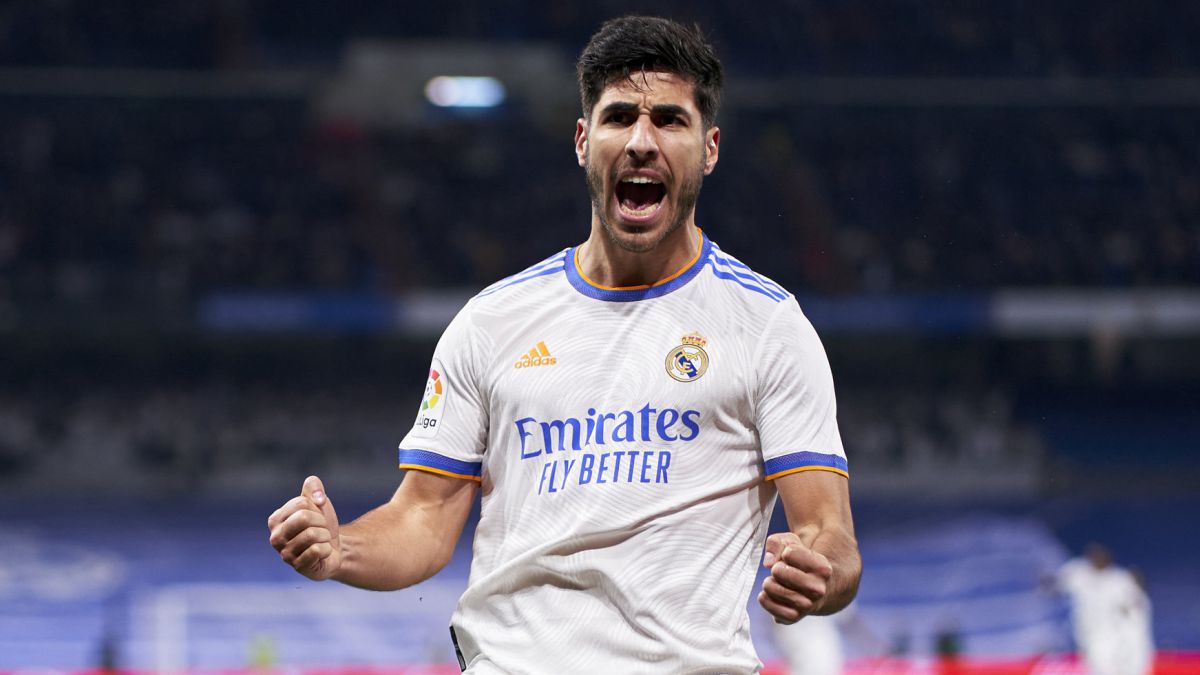 The eleven of Real Madrid admitted few surprises; in fact, only one. The main one was whether or not Benzema would be ready to start playing., but Ancelotti cleared the unknown in the previous one, which diverted all the attention towards the extreme right of the Madrid attack, with two men for a position: Asensio and Rodrygo. The Brazilian seemed to start with a point of favoritism that vanished at 7:09 p.m., when Real Madrid provided its starting eleven: Asensio was the chosen one.

Against Inter in the Champions Carletto had pulled Rodrygo for the starting team; Then Asensio came out in his place and did the only thing missing for the former Santos team, brilliant against the Milanese team, but with gunpowder soaked. The Spaniard’s left-footed shot to Handanovic’s right squad lifted the Bernabéu up and unleashed praise from Ancelotti: “It was an incredible goal.” The coach, in fact, then explained his theory about the existing competition on the right flank of the White offense: “They are both doing well, there are games that I like a more open player like Rodrygo, and others I like plus a player who can go inside like Asensio. It depends on the strategy of the game, but both of them are doing very well ”.

And against Atleti, Ancelotti saw difficulties coming to find where to sneak into Simeone’s defense and opted for Asensio to attack the front, leaving the bottom line to Carvajal. It is difficult to hit more than the Italian: the Mallorcan participated in the 1-0, launching the career of the assistant Vinicius, and then clinched the 2-0 entering from behind, with that left-foot that combines the two pests: power and precision.

Because Ancelotti likes many things about Rodrygo: his defensive dedication, his constant one-on-one, his associative ability … But the Brazilian lacks what Asensio has left over: the goal. Rodrygo has only two goals and three assists in 811 minutes; the Spaniard scored his sixth goal of the season against Atleti, to which he adds two assists in 798 minutes. Rodrygo participates in a Real Madrid goal every 162 minutes; Asensio, every 100 minutes. Too much difference for Ancelotti to ignore it in a duel with which Madrid could give (and gave) a blow to the maximum rival for LaLiga.

The numbers are on Asensio’s side and suggest a possible return of his best version, the one that faded after his serious injury in the summer of 2019. He already has as many goals as in all of 2018-19 and only one less than in all of 2020 -twenty-one. “I feel very well, my intention is always to hurt the rival, to help the team. Now the goals are coming in, I am being decisive and I hope to continue like this ”, explained the ’11’ after the duel about his current moment of grace, which does not go unnoticed by Ancelotti: he has started six of the last eight league games. A title that Asensio wants and that knows that, if they don’t screw up much, it’s waiting for them: “The situation is good and we have to continue the same. Winning. It is the most important thing ”.