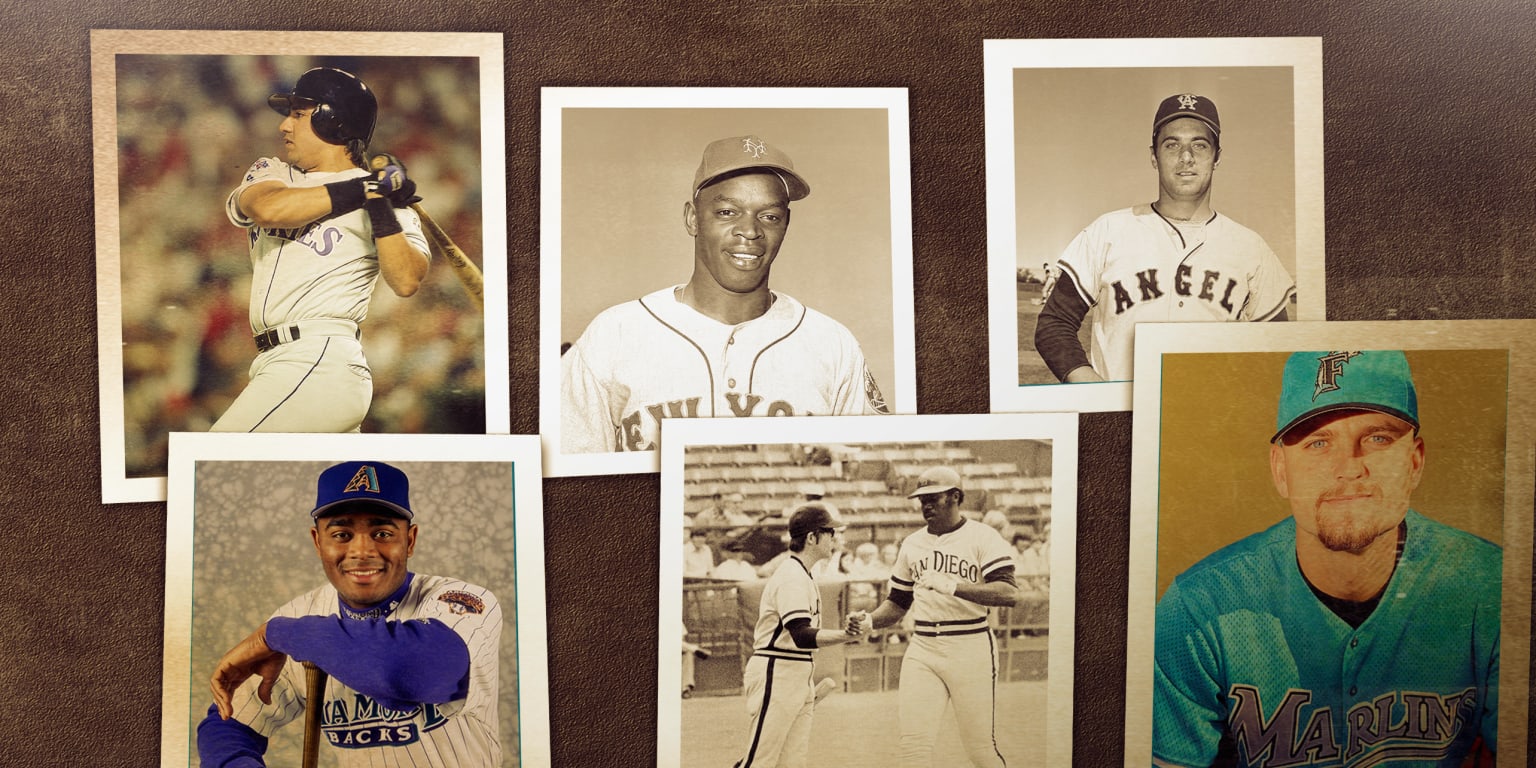 Expansion Drafts are exciting, not only because that means there are new teams establishing themselves in MLB, but also because they often represent a fresh start for players who end up becoming stars. Tuesday marked the 61st anniversary of the first MLB Expansion Draft in 1960, when the Los Angeles Angels and new Washington Senators (now the Texas Rangers) made their selections to become the 17th and 18th franchises in the Majors. .

Here’s a look at Expansion Drafts from 1968:

KC took Fitzmorris from the White Sox with the 40th pick and ended up pitching eight seasons for the Royals, with a 3.46 ERA in 1,098 innings.

Although Wilhelm is best remembered for his days with the Giants, Orioles and White Sox, the Royals selected the future Hall of Famer with the 49th pick.

Another notable choice: OF Cito Gaston

By now, Mincher had gone to the All-Star Game twice in nine MLB seasons with the Senators. He responded by leaving an .821 OPS with 10 home runs in 140 games.

The Pilots took him from Cleveland, but before the 1969 season began they traded him to Kansas City, where he won the American League Rookie of the Year award. He ended up having a solid 18-year career in the Big Top, the last 11 for the Yankees.

Another notable selection: the LF / 3B Tommy Davis

The Pilots selected Davis, who had had a solid career with the Dodgers, was taken from the White Sox. But in 1969 he had an OPS of just .697 with six home runs in 123 games for Seattle.

Mota was a solid producer in six seasons with Pittsburgh before the Expos made him their first choice in the Expansion Draft. He was not long in Montreal, however, as in June 1969 he was traded with Maury Wills to the Dodgers for Ron Fairly and Paul Popovich.

Wills had been MVP and seven-time All-Star, as well as leading steals six years in a row between 1960 and 1965 with the Dodgers before moving on to the Pirates. Already 36 years old, Wills was still running (he had stolen 52 bases the year before) but Montreal sent him back to the Dodgers alongside Mota.

Another notable selection: the 1B Donn Clendenon

First baseman played just 38 games for the Expos before being sent to the Mets, where he ended up being the MVP of the World Series in New York’s unlikely win over Baltimore in five games.

Carty, who had been a batting champion in 1970 and hit 204 home runs in 15 years in MLB, was taken from Cleveland with the 10th pick in the Expansion Draft, and traded back to the Indians, who traded him back to Toronto before the 1978 season. He played just 104 games with the Blue Jays before being moved to the Athletics in August.

The Braves selected Nied in the 14th round in 1987 and he rose rapidly through the ranks to make his major league debut in 1992, before being taken over by Colorado. It opened the first game in franchise history on April 5, 1993.

Another of the Rockies’ picks from the Braves ended up being one of the best in Expansion Draft history. In a matter of two years, the Mexican became the team’s starting third baseman. He was one of the “Blake Street Bombers”, along with Larry Walker, Dante Bichette, the Venezuelan Andrés Galarraga and Ellis Burke. Between 1995-1999, the Oaxaca native hit .302 / .348 / .545 (OPS + of 110) with 191 home runs for Colorado.

The Rockies selected Hayes in third place from the Yankees and led the NL in doubles (45) in 1993. Young established himself in the record books by hitting a home run in the first inning at home in club history. Mexico’s Reynoso finished with a 4.65 ERA in four years with Colorado.

Florida took him for second place in the Expansion Draft and made his big-team debut in September 1993, going 1-for-16 with 11 strikeouts. Ultimately, the Marlins put him on the waiver list in 1995.

His stint in Florida was so short – 28 games with the Marlins in 1993 – that you probably don’t remember that he was the eighth pick in that draft. The club traded him to San Diego in June 1993 in a trade that brought Gary Sheffield to Florida. The mountaineer ended up being the second best closer in history, with 601 saves, surpassed only by the Panamanian Mariano Rivera. It was in San Diego that he began to chart his path to the Hall of Fame.

Carr was a great midfield defender and fast leadoff hitter during his three years with Florida. In 1993, he led the Nacional with 58 stolen bases.

Everett played just 27 games for Florida before being traded to the Mets.

Saunders made his debut with the Marlins in 1997 and helped them win the World Series, before being selected by Tampa Bay. He pitched two years with Tampa Bay, in which he started 40 games and posted a 4.53 ERA. He suffered a terrible injury on May 26, 1999, fracturing his left arm. The following year he fractured the same arm again in the minors, thus ending his professional career.

Best pick: OF Bob Abreu of the Astros

The Venezuelan, who is on this year’s Hall of Fame ballot, has been one of the most underrated hitters of all time, hitting .291 / .395 / .475 with 288 career home runs of 18 years. He made his debut with the Astros on September 1, 1996 and was later taken over by the Rays. Tamba Bay traded Abreu to the Phillies that same day, where he spent more than eight seasons.

Other notable picks: 1B Dmitri Young and OF Randy Winn

Tampa Bay selected Young from the Reds and then traded him back to Cincinnati for outfielder Mike Kelly.

Winn spent the first five years of his 13-year career with the Rays. He was a below-average hitter until 2002, when he was called up to the All-Star Game.

Anderson spent four seasons with Arizona in which he posted a 4.52 ERA (101 ERA +) and helped the club lift the 2001 World Series.

The D-backs traded Batista to the Blue Jays for Dan Plesac in June 1999. After posting a .731 OPS with five homers in 44 games for Arizona that year, Batista spliced ​​25 homers in 98 games with Toronto.

The Venezuelan immediately became one of the D-backs’ best pitchers, posting a 2.88 ERA in 33 appearances (23 starts) in the club’s inaugural season.

The D-backs selected Miller and he became the starting catcher in 2000 and was called up to the All-Star Game in 2002.