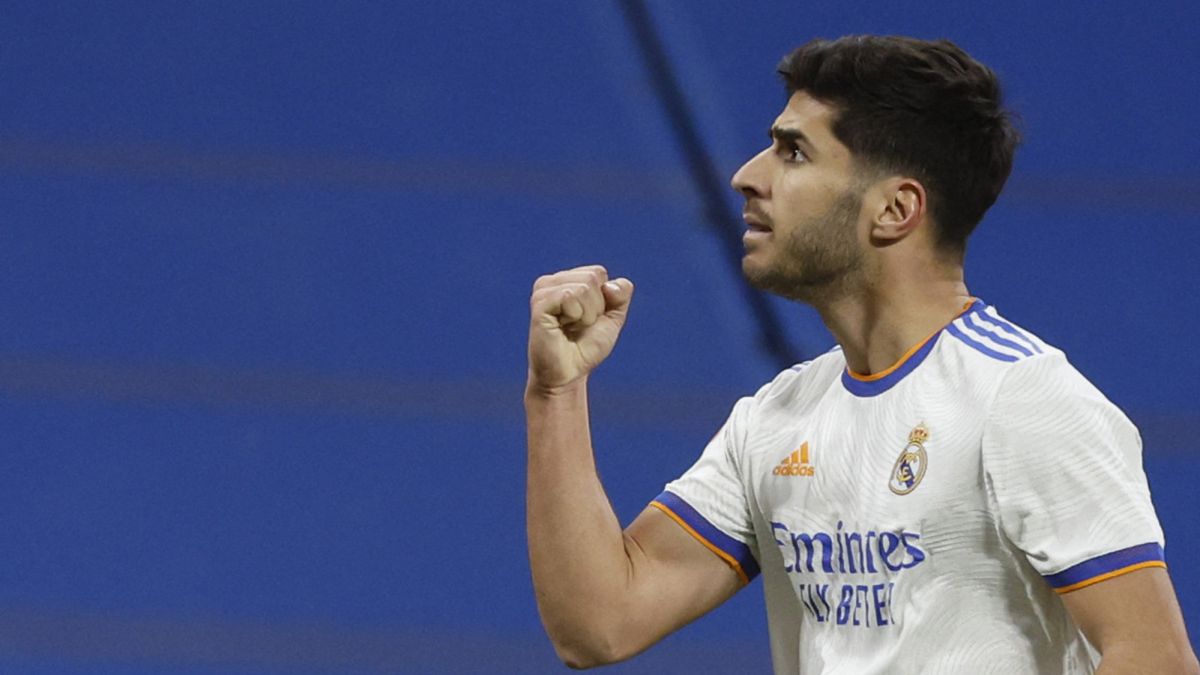 The contractual situation of Marco Asensio (26 years old) is one of the main issues that Real Madrid has on the table for this summer, along with the renewals of Militao and Vinicius, two starters with contracts clearly below their performance. The Balearic contract ends in 2023 and if he does not extend his relationship with the entity this summer, he will have the option of going free the following summer, an increasingly common practice in today’s football (Mbappé). But this is not something that falls within their calculations. The attacker continues to have full confidence in his ability to succeed at Real Madrid, even in the face of the almost certain arrival of the French star from PSG to the squad, which will make things even more difficult for those above.

Asensio has worked very hard to leave behind the bad feelings left by the serious knee injury and little by little he is back on the pitch. “He feels that he is at 85%, he has room for improvement,” they say from his surroundings. His last two goals, against Granada and Alavés, have been vital for the team, and after an irregular start to the season due to a couple of injuries and COVID, Asensio has already fully settled in the eleven.

The Majorcan waits patiently for that renewal offer that will arrive this summer. Without having set a meeting for it, those around him already know that Madrid intends to take that step. The entity continues to believe in this player, whom it has already renewed on more than one occasion. The first, shortly after signing and after spending a season on loan at Espanyol. Then, a little later, before that unfortunate injury that cut short his progression, when he was talked about as a Ballon d’Or.

The situation that arises now for Asensio is very different from the one he had to live through last summer. Then, and as AS has been able to learn, Real Madrid came to suggest that the best thing for him was a loan to a top-level team in which he could have minutes and gain confidence, thus leaving behind the effects of such an important injury . “Everyone knows that Madrid is not the best place to recover,” it was heard. As is evident, offers were not lacking on the Majorcan’s table. Three top-tier teams even proposed to him to adjust the system so that he would play in the position he liked the most, 10 or midfielder. But Ancelotti arrived and the Italian stopped any movement. He wanted him on the squad, yes or yes… Now it is shown why.

Real Madrid’s intention is clear. Strategically it is obliged to renew the player, even if a sale could be considered later. Otherwise, if he does not renew, he will be in an inferior position to sell him (because Asensio could leave for free soon after) or even run the risk of not making a profitable player who was a great deal, since they were paid only for 4 millions to Mallorca for him.

In any case, at Real Madrid they continue to have blind faith in their chances. He is one of the favorite players of the president, Florentino, and He is counted on for that brilliant future team in which Mbappé and maybe Haaland will be.