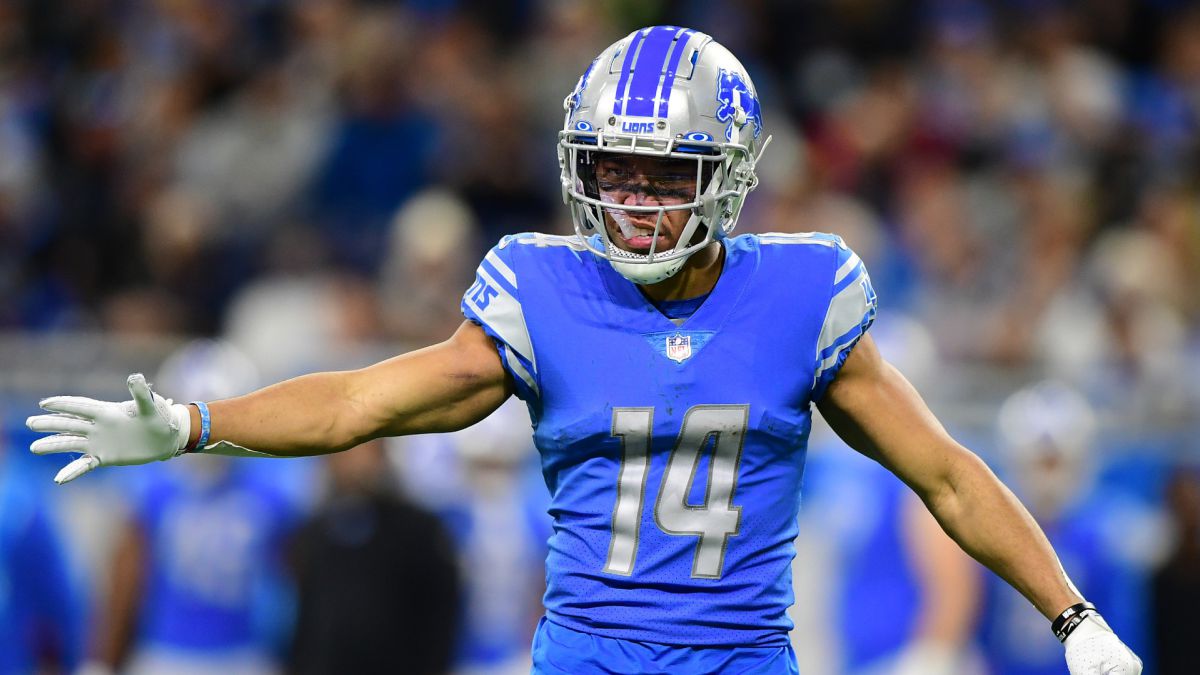 The 2021 campaign only expired on February 13 with the Rams’ crowning in the Super Bowl and in Detroit they are already thinking about the next league calendar, which will start on March 16.

In an interview for ESPN, Amon-Ra St. Brown was satisfied with the numbers he achieved in his first season as a professional and assured that he is not interested in proving to his detractors that the 2021 season was a coincidence.

“I have nothing to say to people who thought my rookie campaign was a fluke. All I can do is prove them wrong. I’m not worried about others “, he developed. “I’m interested in myself, the team and what I can do. As a WR, there are a lot of little things to do.”

St. Brown came to the NFL recruited by the Lions in the fourth round of the 2021 Draft, coming from USC, and in his first year with Detroit became the best WR of the club at accumulate 90 receptions, 912 yards and five touchdowns (leader in the three departments).

The feat of St. Brown, brother of Packers WR Equanimeous St. Brown, takes on greater dimensions when considering that filled the vacancy left by Kenny Golladay. What’s moremost of its production (33 catches, 401 yards, four touchdowns) he came in the last four games of the campaign.

YOU MAY BE INTERESTED: NFL and XFL will collaborate to improve football

On the other hand, St. Brown acknowledged that after not coming to the NFL with a major lineup, he worked hard to get a spot on the Lions roster, adding that for the 2022 campaign he will look to be a leader among Detroit’s young players.

“When you come in, you don’t know what to expect from the NFL. As a rookie, you’re new. You’re trying to get a spot in camp. When you do, you want to figure out how to participate and make plays, when you make them, you try to figure out how to keep doing it and be consistent. “, he pointed. “For me, the whole process was a ladder, now it’s about being a leader. I want to help young people move forward.”

Amon-Ra St. Brown promises he will have a great 2022 campaign with the Lions