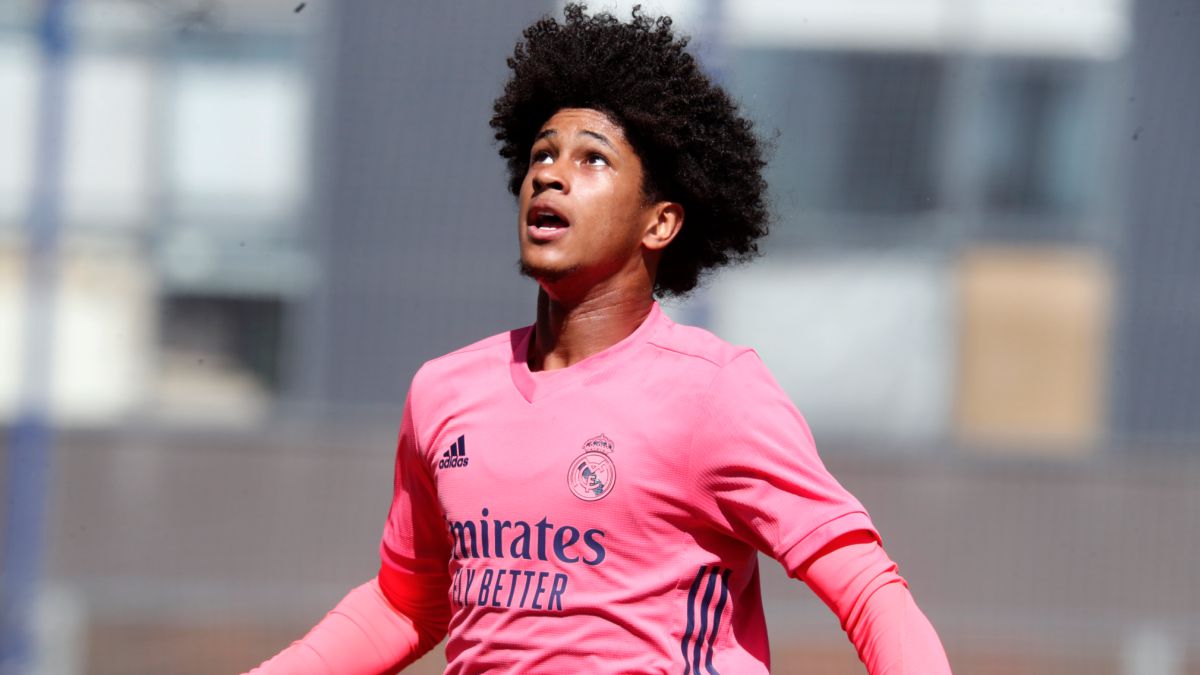 Peter Federico Carmona González (19 years old), known at La Fábrica as Peter, can experience tomorrow one of the most special days of his short career. The winger, one of the team’s most prominent players this season, has many options to make his debut on a first-team roster. Ancelotti has numerous casualties between injured and sick from coronavirus, which opens the door for him. The definitive clue is that this afternoon he trained with the first team and has not even traveled with Castilla to Seville, where tomorrow he will play against Betis Deportivo.

His stratospheric level under the orders of Raúl have ended up convincing the Italian coach, that has lost Bale and Rodrygo, two of the three wingers playing on the right side, to COVID-19 for the clash against Cádiz on Sunday. That is the natural position of Peter, a southpaw who likes to play with a switch leg. However, he has also acted as a winger or as a left-back this year. He has played it all in the UEFA Youth League, in which he has scored two goals and one assist in six games, and almost everything in 1st RFEF, in which he has scored the same goals, but two more passes in 16 games. However, where Peter excels is in dribbling. He is an electric footballer, capable of changing rhythm and direction without losing control of the ball. Playing on the right allows you to exploit this feature to the full.

Peter, Spanish-Dominican, comes from Colonia Marconi, one of the poorest areas of the Community of Madrid, near Getafe. In this city on the outskirts he played, specifically in the Ciudad de Getafe team. From the first categories he stood out for his talent, although his closest environment ensures that shyness was slowing down his evolution. Being childish, Madrid signs him, where he has grown over time. However, it has been in this 2021, by the hand of Raúl, when he has reached his highest level of play.

The eternal white capital, which came from precisely the same neighborhood as Peter, has been able to squeeze its full potential And, not only that, but it has endowed him with a tremendous capacity for work. All this has been achieved through the relationship of trust that has been generated between the two: the coach is aware of the potential and wants the best for his pupil, while the footballer has understood that he must help the team in the way that his technical need. Aware of this, the club decided to renew his contract until 2024.

If all goes according to plan, he could experience his first match at the Santiago Bernabéu on Sunday. A dream for him and his family, who have been in charge of endowing him with the values ​​that are allowing him to climb in football.