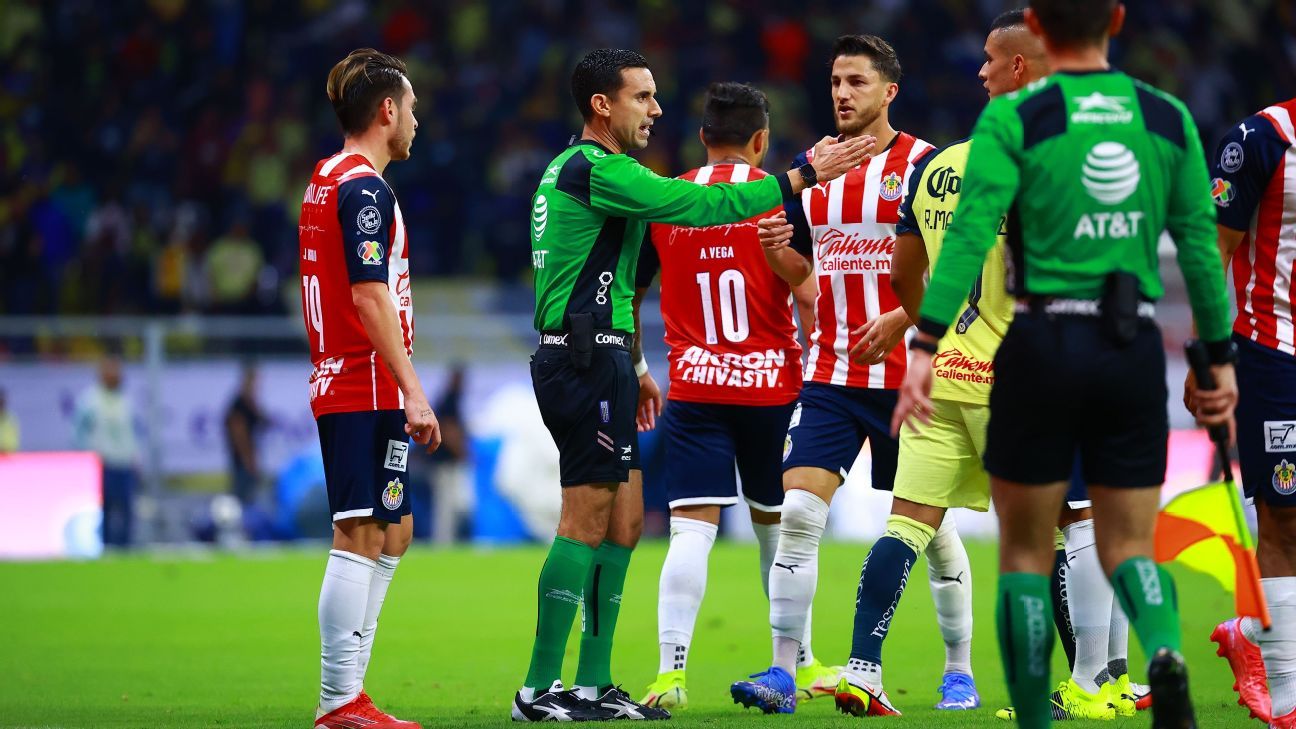 America still lives the hangover of the Clásico against Chivas last Saturday in which they tied without goals on the Azteca Stadium field. The azulcrema are still annoyed by the referee’s work César Ramos Palazuelos They consider that he was wrong in decisions that affected the development of the game, but despite his anger, the Eagles board did not file a complaint or protest against the work of the World Cup team in Russia 2018.

Sources close to the Eagles confirmed ESPN that they did not file a complaint with the Arbitration Commission because they consider it a useless move that will not change anything, nor will it cause the referees to improve their current level on the field of play, so they prefer to focus only on sports and get ready for the duel against Pachuca of this Tuesday night in which they will seek to return to the path of victory.

The Americanists are aware that in the past they have had friction with the referee Cesar Ramos and that things have not changed, however they prefer not to believe that there is a persecution of the referee against them and prefer to leave on the field what happened last Saturday at the Azteca Stadium, where the capitalists assure that at least two players from the Flock they had to be expelled from the field of play and that would have given a radical turn to the match.

On the other hand, the same source informed ESPN what in case Ramos Palazuelos does not appear on the next day will be the sole and exclusive decision of the Refereeing Commission, in the America club They affirm that they are not going to go out to “cry” and that they are going to make up lost ground.

The team led by Santiago Solari will have its last training session this Monday before making the trip to Hidalgo to face the Tuzos by Paulo Pezzolano when we have the information. It should be noted that the last time the Eagles visited the Hidalgo Stadium they lost 3-1 in the first leg of the 2021 Clausura quarterfinals and practically headed their elimination from said tournament.