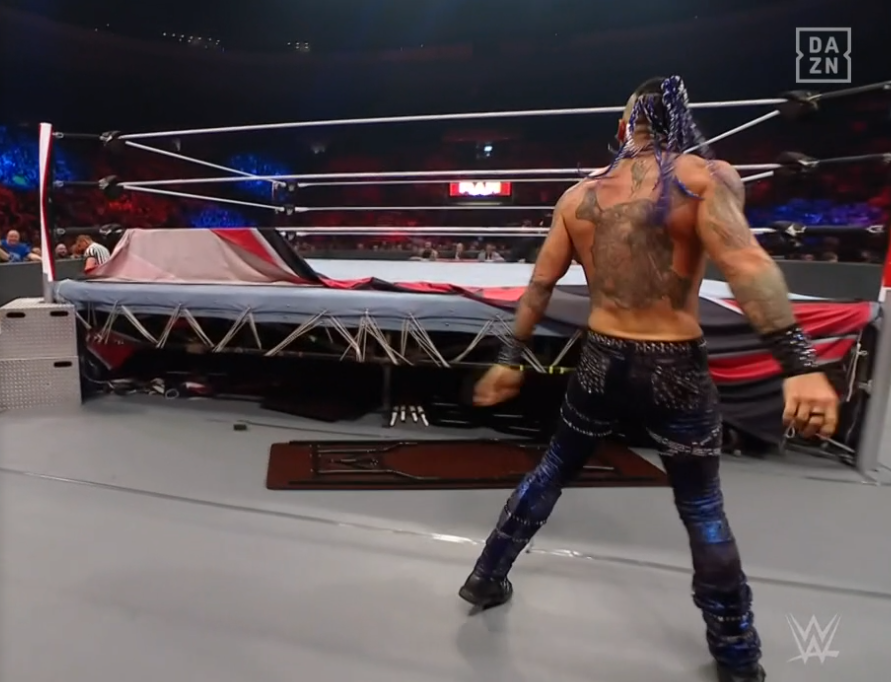 In the most recent edition of Raw, presented by Wwe, Damian Priest put the United States Championship back into play against Sheamus, who last night defended the title thanks to Jeff Hardy being in the match at Extreme Rules 2021 and preventing Sheamus from covering him.

The fight began with a referee shot, Sheamus led Puerto Rico against the cornerback and then took him to the canvas with an arm projection and applied a lock to his neck. Later, Priest slammed a hammer to his arm, but Sheamus elbowed his head free.

Then Priest slapped him against the canvas that got him a count in a second. Sheamus got out of the ring and took advantage of the fact that Priest went behind him to do a leg knockdown. Then Priest blocked him a Supléx and he did punish the Irishman with a Supléx. He sat on the metal stairs, but with a kick to the chest they sent him flying.

Priest set up a table that he pulled out from under the ring, but Sheamus ran him over, hitting him on the back. Then he sent him flying up the stairs and took the table himself. But Priest gave him a right hand after coming out on the stairs. Sheamsu recovered and got him into the ring. There he gave him 3 blows to the chest, but Priest blocked his arm, He gave him two forearms and when he tried to kick him, Sheamus shifted and got hooked on the top rope.

After this, Sheamus took Damian Priest and applied the White Noise to break the table. They both got hurt and so we went to commercials.

WHITE NOISE THROUGH THE TABLE 💥

Returning from the action, we saw Sheamus giving Priest a kendo smack. Then he put the stick in his mouth and punished him. Sheamus hit Priest on the back and you can tell that in commercials they got hit hard because Priest is bleeding from his back and with a scrape.

Priest crushed Sheamus on the protective barricade and then he retaliated by pulling his face against the cornerback to Priest and also threw him against the barricade. Afterward, Priest returned to the ring and kicked Sheamus. 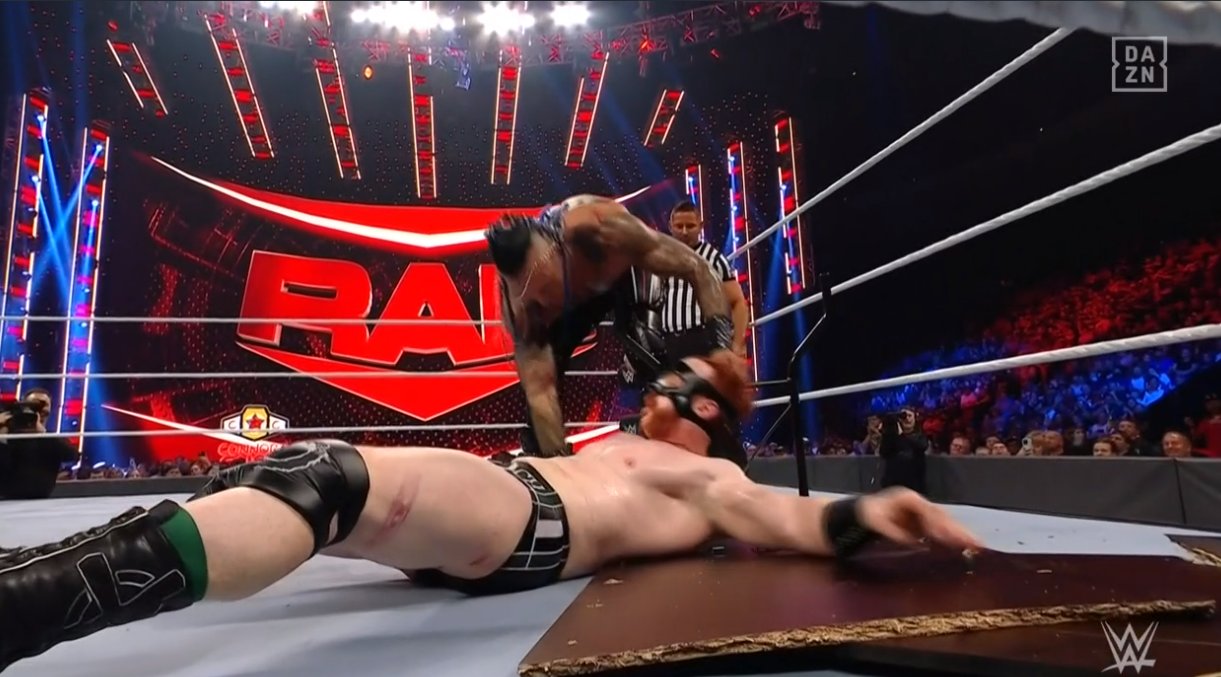 Sheamus surprised him and threw him face-first against a chair in the corner. Then he slapped him against the canvas and got a two-second count.

Priest surprised Sheamus with a tremendous blow from a chair to the face. and a whip against the canvas and got a two-second count. Then, on their knees, they exchanged right hands.

Sheamus received two kicks to the left arm and then Priest gave him a Lasso to the neck. After this, he launched from the ropes but Sheamus surprised him with the Brogue Kick and almost won the fight.

Then, Sheamus gave him a kendo slap, but Priest surprised him by hitting him on the head and then he threw Sheamus against the table that was already set in the corner. There Priest made him his Spinning Stripper and he won the match. 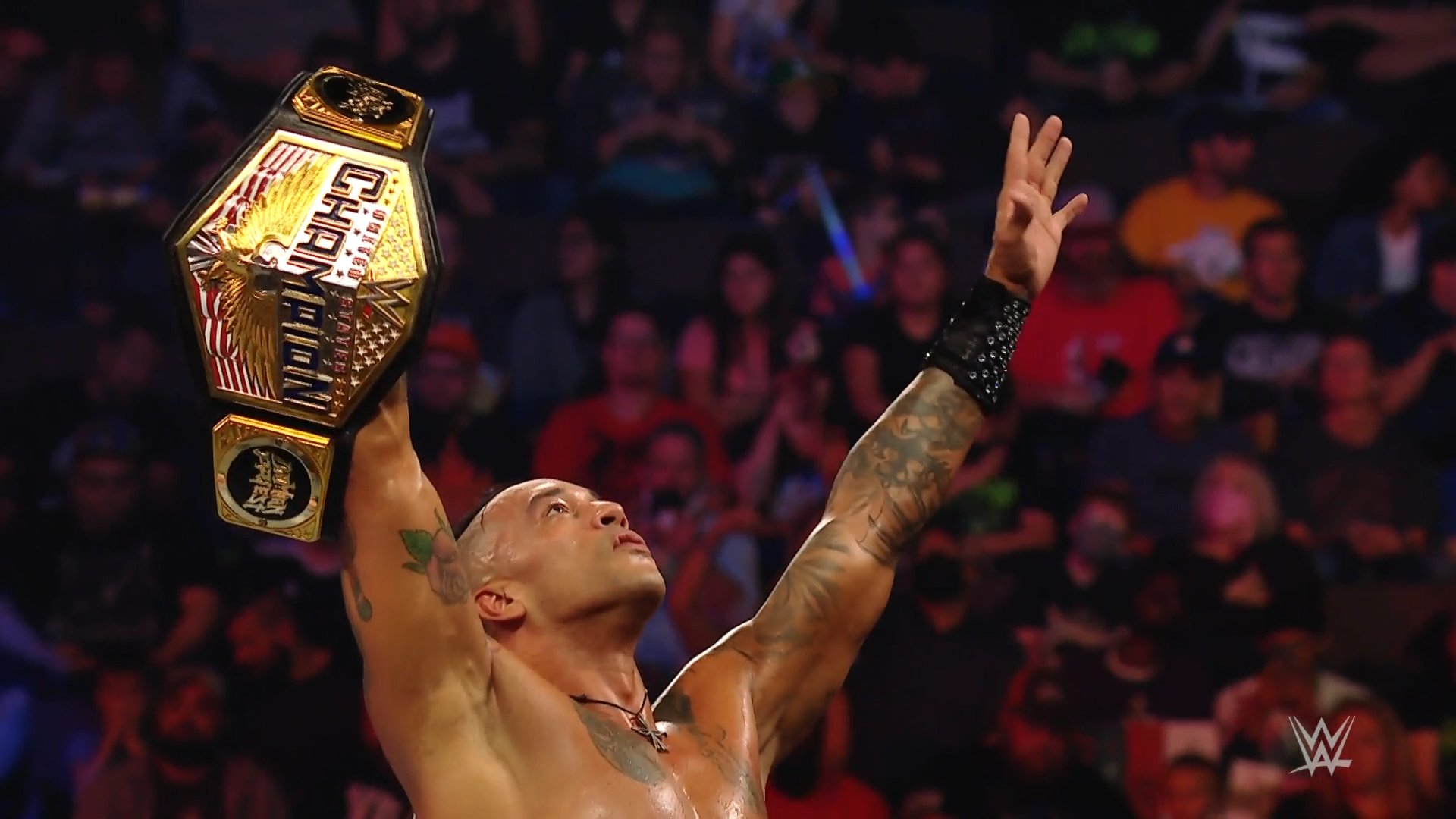 To see the coverage, know the fights, the results and the ratings of the WWE Raw matches tonight, click here to access the best coverage, that of us, that of SUPER FIGHTS.