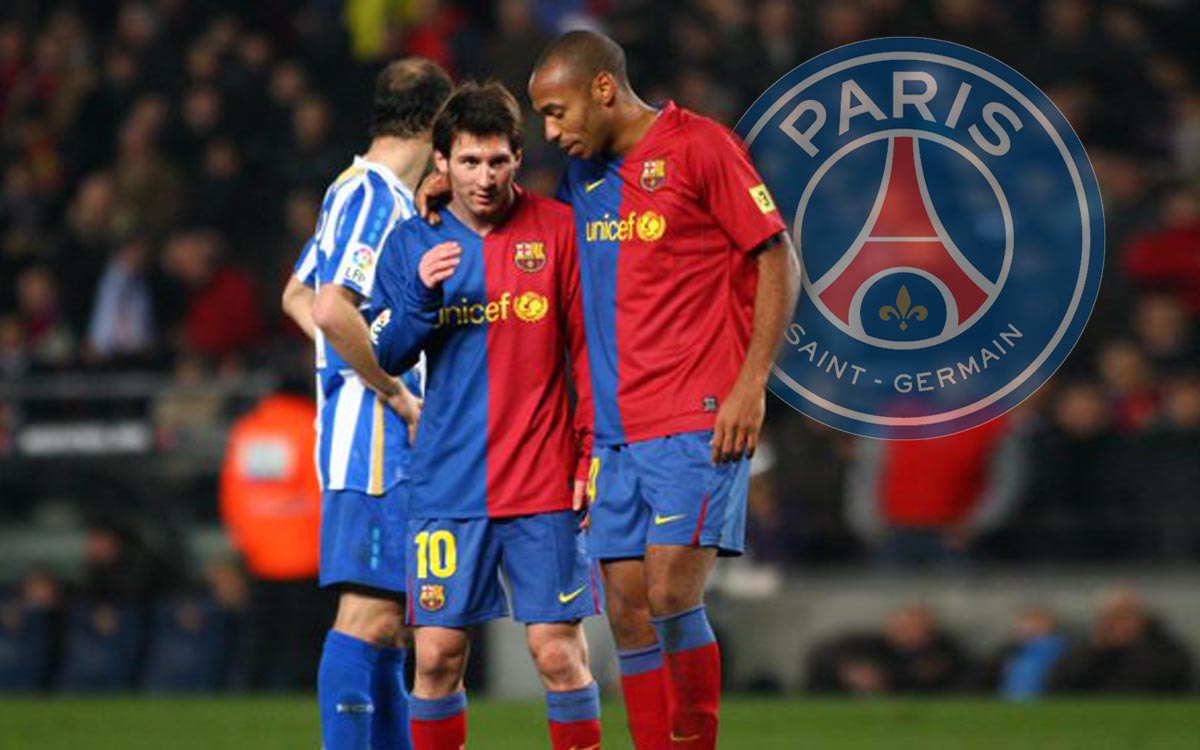 The hiring Lionel Messi with PSG continues to cross borders, so much so that a legend, and former partner of the Argentine, spoke of this movement, where Thierry Henry warns Mauricio Pochettino and company of an apparent ‘risk’ of having him in their ranks.

Henry shared the court with Lionel Messi in the Barcelona of the 2007 to 2010, time in which he learned a lot from him and knew his goalscoring qualities, in addition to being a soccer player that generates imbalance, so he has no doubt that he will triumph at PSG.

What is the ‘risk’ of having Messi at PSG?

Thierry henry spoke for ‘Amazon’, where he now serves as an analyst, and considered that PSG is evolving radically, mainly in attack, where it has elements such as Neymar, Mbappé, Messi, Icardi, Di María, among others, but think that may be a risk, then the team could become unbalanced in the low zone or collapse and not score the expected goals.

“Balance is the most important. At one point, we always talk about great players, attacking, advancing, but there has to be a balance. When i played (in Barcelona) lto people forget to emphasize that we didn’t score many goals. In general, the teams that do not have many goals are not far from the title, but it’s a dangerHenry confessed.

The PSG proved in his first game of the League 1 that in attack they are strengthened and that at the moment they have no problems, but in defence they showed certain deficiencies, well in a matter of minutes they scored two goals.

Thierry henry knows that individualities can make a difference, but he advises Pochettino that they are oriented in give a total balance to PSG, Well, over time that would help you achieve your goals.

“When you have superhuman players, it becomes a little easier to win, but when i see how it’s evolving PSG … they have too many scorers for my liking, to be able to go a little further ”, Thierry Henry sentenced.