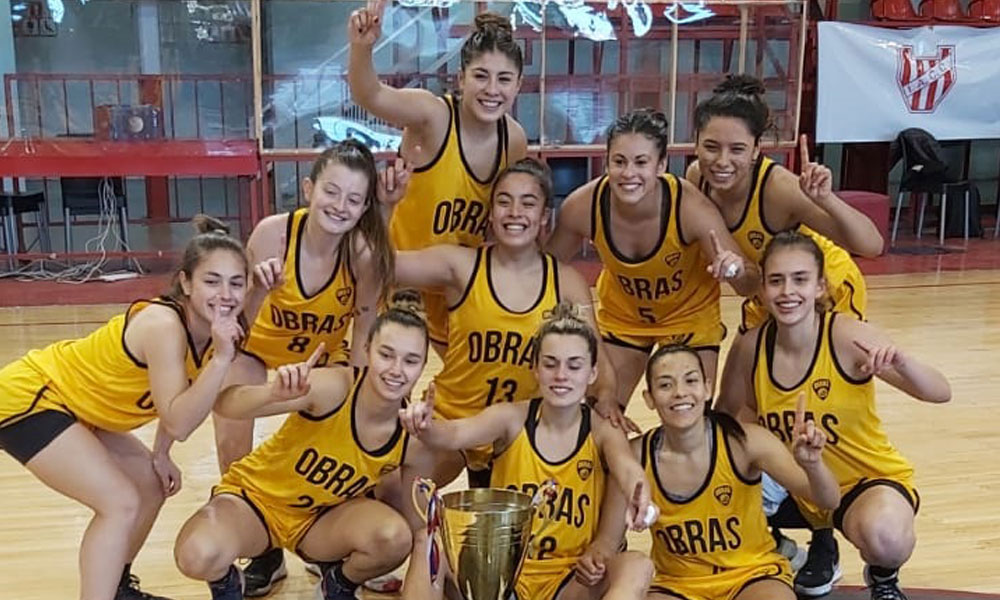 Josefina Zeballos, new champion of the Federal Women’s Basketball Tournament in Argentina, spoke with Total Basketball about the championship, basketball on the neighboring shore and adaptation.

In what was this Federal you had many more minutes than in the Argentine League, becoming a starter. Was it difficult for you to adapt to that amount of minutes?

The truth is, yes, I was able to find my game more with the minutes gained. But it was thanks to the confidence that the team, the coach and the teammates gave me. In the League I had arrived very fair because I arrived when the group stage was finishing to enter the Final Four and for Federal I was training longer, I was able to earn the minutes and be able to play my game.

What was it like to adapt to the Obras game plan?

It cost me at first but more than anything because of the intensity. We are a team where we press the entire court throughout the game and all the games, that implies a lot of intensity and a very good physical condition, that here we work a lot, and that cost me a bit because there in Uruguay I was not used to scoring everything the field and also plays with another dynamic. That was what it cost me but with the practices and the passing of the games I was able to improve it and I got used to it. Also, when I play as a base, I have to learn to control the rhythms of the team, know when to run and when not to, when to make a stationary attack and that has helped me a lot to grow.

Although Argentina is close to Uruguay, that does not mean that you are far from your family and your affections. How do you handle the issue of distance?

At first it cost me a lot. The first weeks cost me a lot, but luckily my friends are here and they were the ones who helped me and the ones who contained me, because we all went through the same thing and we all supported each other, so it was thanks to them that I got used to it. Obviously the family is always missed, loved ones and being there, but this is my dream, I want to do this, and you have to go through these moments to later become strong. It involves his sacrifice, but I think that all this that happened to me at the beginning of being surprised helped me to get strong on my head to win a championship, to continue and be constant despite adversity. Luckily now I am very well.

Camila Suárez, with whom you had played in 2018 and 2019 in Bohemios, was already on the Obras squad. Did it help you to have a known person on the squad?

Yes, we played together with Camila and became champions in Uruguay and now winning another tournament with her was incredible. Besides, she helped me a lot both on and off the court. It is essential for me and we are always giving each other advice. These are the friendships that basketball leaves behind.

What is the next challenge for Obras Sanitarias?

Now we have a few days off and then we are going to prepare for the Argentine League, which although it is not confirmed I think that it will be starting for the month of October, so now we will have to prepare that challenge in the best way.