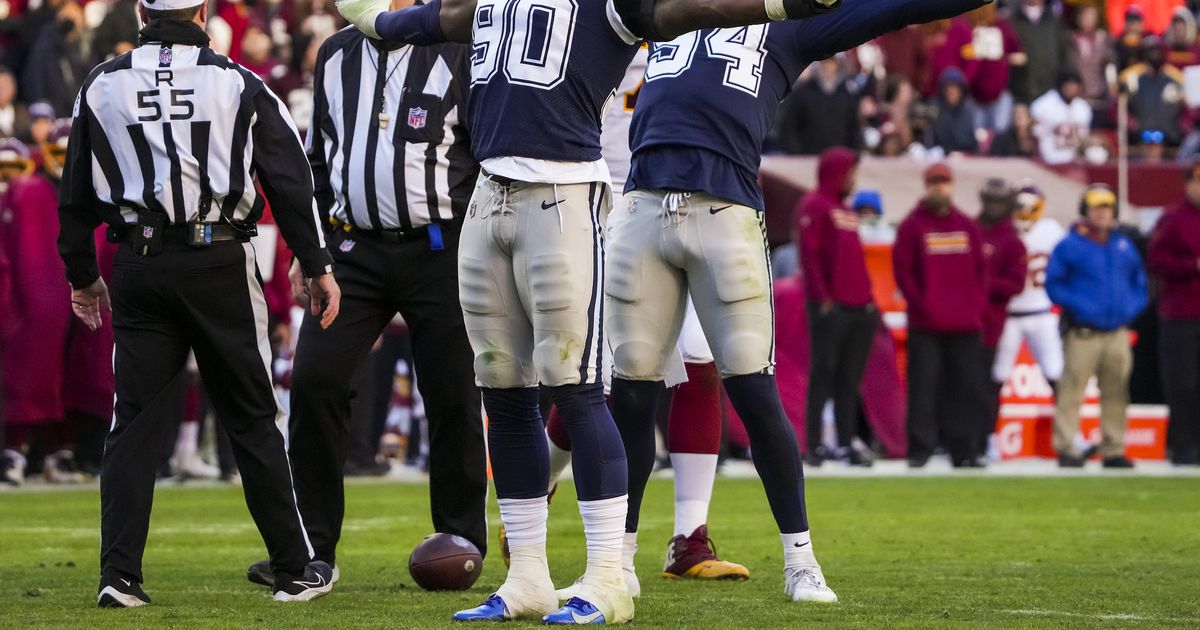 The Dallas Cowboys have a three-game lead in the National Conference East Division lead.

At this point in the season, beyond the midpoint of the extended 17-game schedule, it would take an epic collapse for Dallas to not claim the playoff spot.

In fact, the classified system of the New York Times it lists Dallas with a 96% chance of winning their division and a 99% chance of qualifying for the postseason.

So let’s turn our attention to the prospect of the NFC race for first place heading into the playoffs.

Remember that under the extended playoff format only the teams that finish with the best record in each conference receive a bye in the first round of the playoffs.

The other six teams face off on wild card weekend.

Currently, the Cowboys (9-4) would qualify as the fourth seed in the National Conference.

The New York Times gives Dallas a 7% chance of claiming the first round bye.

Here’s an updated look at the National Conference playoff picture with the odds given by the New York Times each team to claim first place.

Remaining Schedule: At Ravens, Against Browns, Against Vikings, At Lions

Remaining schedule: vs. Saints, at Panthers, at Jets, vs. Panthers

Remaining schedule: in Lions, vs. Colts, in Cowboys, vs. Seahawks

Remaining schedule: in Giants, vs. Washington (WFT), vs. Cardinals, in Eagles

Remaining schedule: vs Seahawks, at Vikings, at Ravens, vs 49ers

Remaining schedule: vs. Falcons, at Titans, vs. Texans, at Rams

Schedule Remaining: At Bears, Against Rams, At Packers, Against Bears

Remaining schedule: vs. WFT, vs. Giants, in WFT, vs. Cowboys

Remaining schedule: at 49ers, vs. Lions, at Bills, vs. Saints

Positions in the East Division of the National Conference