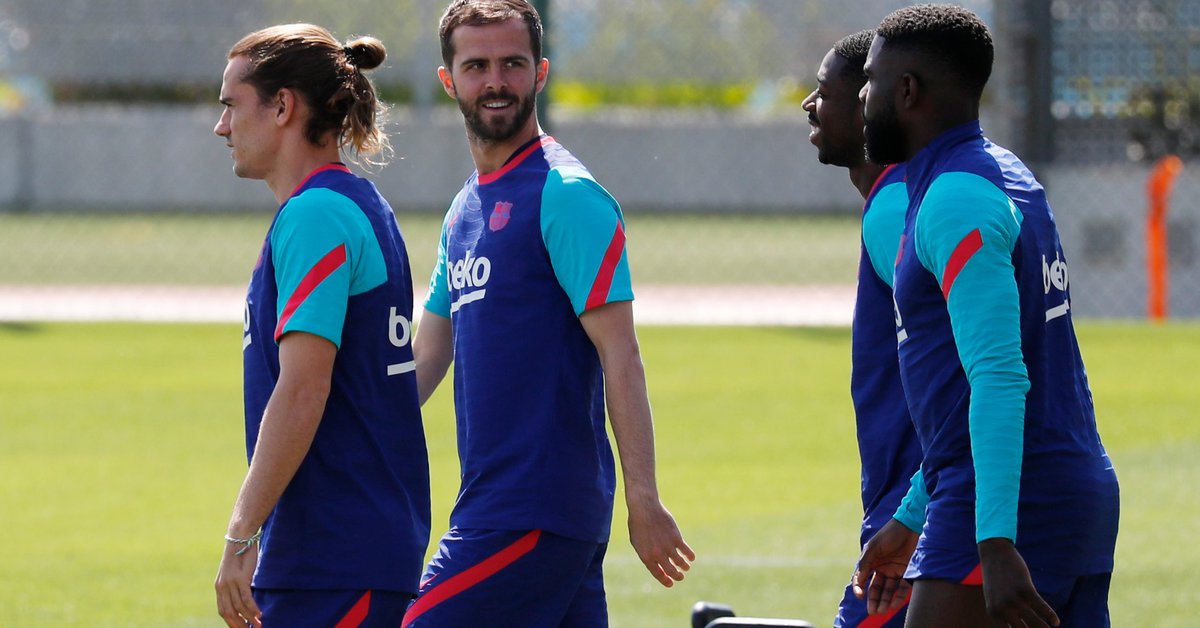 The board of directors of FC Barcelona continues to work against the clock to bring the club back to financial stability. One of the main factors in this problem is the high wage bill that accumulates and for which the president Joan Laporta, along with his team, decided to put an end to the continuity of Lionel Messi.

Despite the departure of the Argentine star, the leadership continues to try to reduce the number it pays in salaries and, according to the Catalan newspaper Sport, now defender Samuel Umtiti would be on the tightrope, last champion of the 2018 World Cup in Russia.

As indicated by the media in question, the managers are upset with the player’s posture who, despite having offers from French football (his former team, Lyon, was interested), is reluctant to leave Barcelona.

That is why the Barça “Will unilaterally terminate” the Frenchman’s contract “If you do not accept any of the proposals you have,” remarked the Spanish newspaper, adding that the club it will give you “one week of margin before taking action.”

Samuel Umtiti, who signed for Barcelona in 2016 and renewed his relationship with the entity in 2018 prior to his consecration in the World Cup in Russia, became one of the highest earning players on the squad (Around 16 million euros gross per year).

Apparently the discontent of the entourage culé It would have occurred after the recent preseason and after agreeing to a request from the player himself. The Frenchman asked for one last chance To convince Ronald Koeman and if he did not do it in the games prior to the start of the tournament, he would accept one of the offers he received.

The Dutch coach gave the player minutes in the first two games against Nastic and Girona but finally he opted again for his decision not to take it into account prioritizing players like Gerard Piqué, Clement Lenglet, the recent signing Eric García and the youth squad Ronald Araujo.

Faced with the resolution, the experienced French defender would not have kept his word and continues to resist leaving the entity, with which he still has two years of contract remaining until June 2023.

On the other hand, in addition to being one of the best payments on the squad, the former Lyon he would be one of those who refuses to cut his salary, despite having played only 13 games last season and dragging a knee injury that has been abusing him for a long time, and from which he even refused to undergo surgery in 2018 to be able to play the World Cup.

For those reasons, and with the inscription of Sergio Agüero in the braked league until they manage to make a hole within the allowed salary cap, Barcelona could take the same position as already showed with Matheus Fernandes.

As for the legal, there do not seem to be inconveniences to execute the termination of the contract since the French is outside the player’s protected period set by FIFA, which comprises the first three years. In any case, when arriving at this instance, Barcelona will have to pay the corresponding compensation

Piqué revealed that he offered Sergio Agüero the 10 that Messi left vacant at Barcelona: what was Kun’s response
Laporta’s deep reflection on Messi’s departure: “It was a love story that in the end has deteriorated”
Chaos in Barcelona: Joan Laporta publicly explained the dramatic situation the club is going through