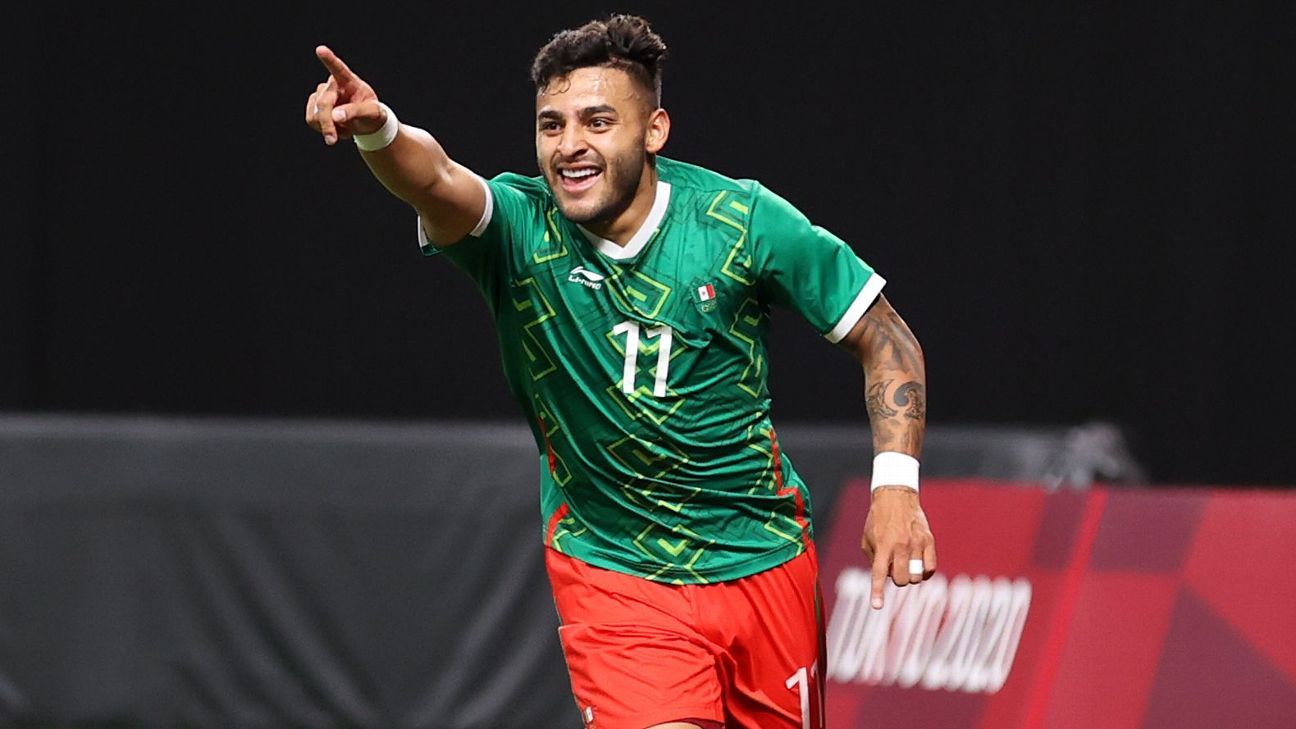 Ernesto Vega answered the phone and heard his son crying on the other end of the line. “Come get me dad, they told me I was out of Pumas,” he said. Alexis, then 15 years old. “What happened?” He asked. “They said I’m too short for soccer“Replied the now Chivas player and one of the figures of Mexico in the Tokyo 2020 Olympic Games. So, he followed a path similar to the one he once marched Lionel messi.

“Alexis entered a growth treatment. When they ran him from Pumas, they ran him for short. Days later, the viewer who did me the favor of taking him to Pumas (the coach Hedilberto Isidro Coxtinica Reyes), asked me why Alexis was on the street during the hours that he had to be in Cantera. We told him that they thanked him for his height ”, Ernesto Vega, Alexis’s father and better known in his neighborhood as the ‘Doll’, told ESPN. “The day they ran my son, he had a temperature at night, because he cried so much”

Alexis Vega started in a subsidiary of Cruz Azul, but Pumas opened the door for him in basic strength. For six years, Vega visited the 21 stations of the CDMX metro line three daily, to make the journey from his neighborhood, Santa Isabel Tola, to Cantera, where he trained, until the day they told him he could dribble everything, minus height.

“Professor Hedilberto Isidro Coxtinica went to speak with the coach of Pumas and confirmed that they had run my son because it was short. He spoke to me days later, he told me not to offend me, but he was going to pay for a growth treatment for my son. He told me ‘his son is a wonderful player’ and he was in charge of finding the treatment, bringing the food they asked for and he told me that I would only take care of taking him to appointments, along with my wife. The treatment lasted six months and if he grew up in a year a good one, because he was short like me, ”recalls Ernesto Vega, who now sees his son triumph in Tokyo 2020.

The treatment for growth was not enough, Alexis Vega stayed a year and a half without playing, went to study tourism and had been disappointed in soccer. Until a team from his neighborhood had a friendly match with the Toluca Under-17 and his father convinced him to go: “there my son scored three goals, on Monday he was already summoned to deliver his papers.”

“The truth is, I did imagine many things with my son, but I never thought they would be so soon. Everything was fast, his debut and everything else. I imagined everything he has done, although it has been all quickly. I always tell him that one has always been simple, he knows what we went through, what he suffered, suffered. He’s like that too, very humble, ”recalls the father of one of the four“ most impressive ”players from the group stage of the Olympic Games.

In the early hours of Tuesday, Alexis Vega faces Brazil in the Tokyo 2020 semifinals and like Lionel Messi, he dribbled height and his next goal is to dazzle the world.