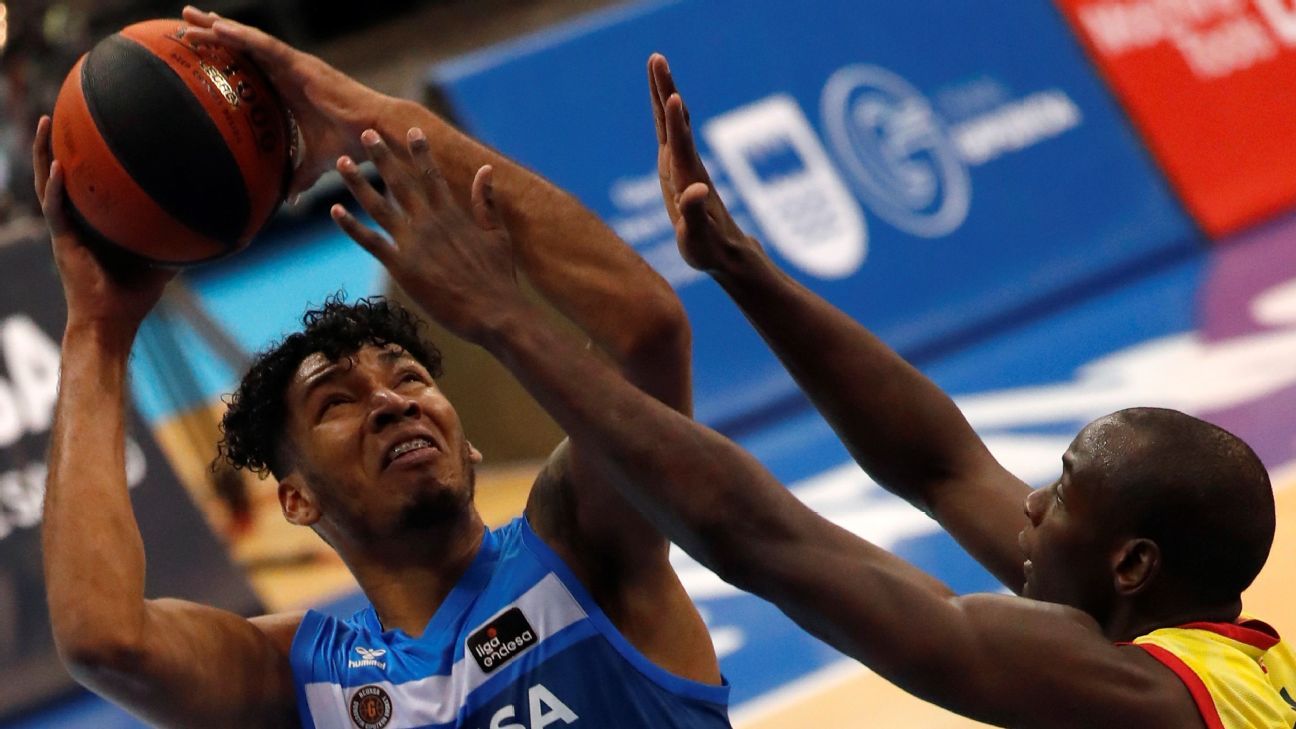 There goes the Colombian dream towards the best league in the world. Jaime Echenique, a center trained at the University of Wichita, will be part of the Washington Wizards in the Summer League, intending to shine to earn a spot on Wes Unseld’s team heading into the 2021-22 season that kicks off in October.

“My ambition continues to be to get to the NBA at some point, I work for that and I focus every day to achieve my goals,” Echenique told El Heraldo newspaper after his first season in the Endesa League, in which he defended the Gipuzkoa Basket Club jersey and left the competition before the end after suffering a ruptured patellar tendon in his right knee that required four months of recovery.

Barranquilla Jaime Echenique will play with the Washington Wizards in the NBA Summer League.

The 2.11m pivot will compete in Las Vegas from this Sunday, August 8, in order to make a good championship and stay in the NBA.

But now, Echenique, who started in the sport as a baseball player until the young age of twelve, He is recovered and drags the illusion of a whole country. The young intern born in Barranquilla, 2.11 meters tall, averaged 12.8 points and 4.6 rebounds in the last ACB season. In his senior season with the Wichita Shockers in the NCAA, Echenique, who did not play High School in the United States and that reduced his chances of Draft in 2020, had similar numbers: 11.3 points and 7.1 boards and 1.6 caps per game.

“Getting to the ACB is something that motivates too much, because it is known as one of the second basketball leagues in the world. You face players who can easily be in the NBA, they are highly respected, and in one way or another it motivates being within that elite group, “Echenique said in the interview.

His dream, now, is bigger: to become the first Colombian with outstanding minutes in the best basketball in the world.

At the end of the eighties, a young Colombian boy of 2.15 meters named Álvaro Teherán shone at the University of Houston. They were not years in which foreign players abounded in the NBA, but nevertheless he was chosen by the Philadelphia 76ers with the 44th pick of the second round of Draft.

Despite the enormous expectations generated, Tehran did not make his debut in the NBA because he was cut by the franchise before getting it, despite playing preseason games. The experienced intern, who participated among other teams with Málaga and Fuenlabrada in Spanish basketball, died prematurely in May 2020, at the age of 54, due to kidney failure.

The case of Juan Tello is also worth noting. Trained at the University of Louisville, and with an outstanding step in American college basketball, he was not chosen in the 2008 Draft despite being frequently named by the experts in college basketball of that year. Tello emigrated to European basketball, more precisely to the Gran Canary Islands of Spain and shone with the Las Palmas shirt in the LEB Oro. After becoming a globetrotter and having important experiences in level leagues such as the French, Lithuanian or Turkish, he had an experience level in Movistar Estudiantes de ACB.

Finally, the other talent that came close to making it to the NBA was Braian Angola. The versatile shooting guard who played at Florida State in 2016 was not selected in the 2018 Draft but did receive an offer from the Orlando Magic to play the Summer League with them. His production was not enough to reach the first team, but he did have the opportunity to play for the Orlando G-League team, Lakeland Magic.

Echenique will seek, at only 24 years old, to become the first player from these lands to play on an official NBA roster.