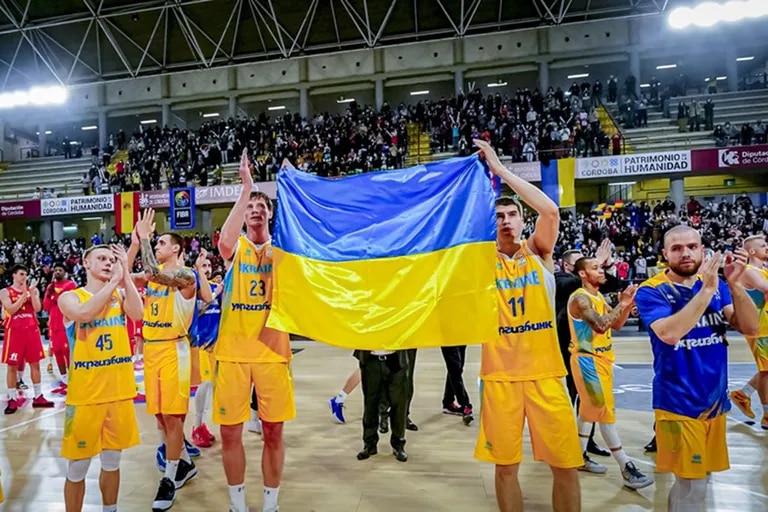 Among all the international sports entities that expressed themselves in a condemnatory way towards Russia by invasion to Ukraine not figure The International Federation of Associations of Basketball, FIBA. In fact, it did not take into account the situation of the Ukrainian national team, who was “without spirit” but he should have gone out to play against Spain for the European qualifier for the Philippines-Indonesia-Japan 2023 World Cup.

In Córdoba, southern Spain, the Eastern European team was beaten by the world champion, with an 88-74 that looked more pious than the development of the game. In fact, the visitors won the last quarter 28-15, when the sporting tension had already subsided due to the enormous supremacy of the local team (73-46 at the end of the penultimate period).

The Ukrainian team, competitive in basketball although usually inferior to the Spanish, was “without spirit” due to Russia’s invasion of their country’s territory, which already claimed more than 130 lives this Thursday. So much so that the team suspended its last training session prior to the match, a few hours before the commitment for the fourth date of the road to the World Cup.

Both groups had to meet again next Sunday, but in Kiev, the Ukrainian capital. Some days ago FIBA prohibited the federation of the country bordering Russia from hosting that matchgiven the threat of war. Then the national entity asked the world entity to change the date of the confrontation, and after consultation with its own European Regional Office and its security adviser, FIBA ​​agreed and postponed it to during or after the June window.

Beyond that, after the Spanish victory, which leaves the host with a 3-0 mark in the tie and the visitor with a 1-2 record, the public in the Córdoba stadium recognized the Ukrainian basketball players for having played and fought in that state of mind. The spectators applauded the players in yellow as they left the field, some of which had tears and others carried a flag of their country.

On the other hand, the Euroleaguean organization that carries out a sort of European Copa Libertadores but is independent from FIBA, he did condemn Russia’s military action and suspended three matches involving Russian clubs: Zenith vs. Barcelona, ​​Baskonia vs. Unics Kazan and Bayern München vs. CSKA.

“Without spirit”, the Ukrainian basketball team was forced to play and the Spanish public applauded him at the end