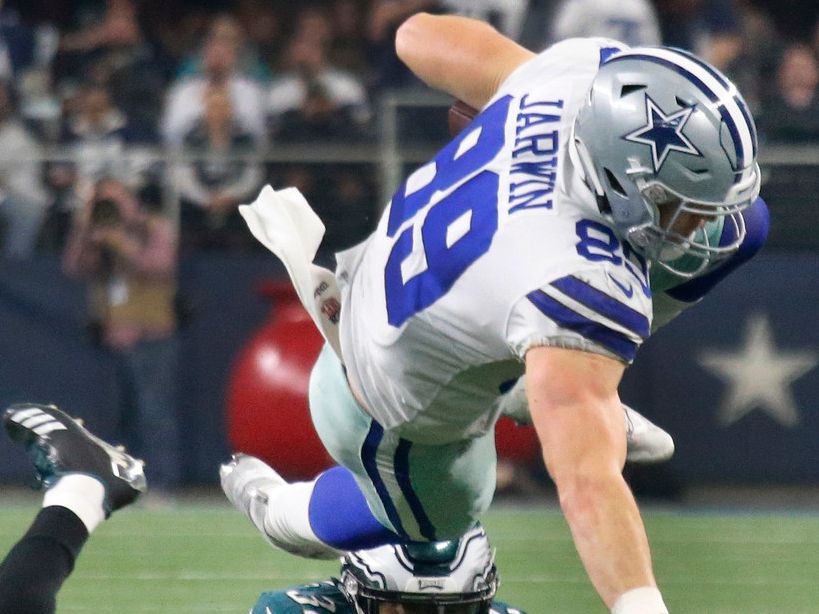 Jarwin is expected to miss the next few months and not be ready for the start of the regular season.

While the Cowboys could keep him on their roster, cut his salary and allow him to rehab, they could also release him.

If Jarwin is cut, he will likely be eligible for the injury protection benefit, as stipulated in the NFL’s collective bargaining agreement.

Under these terms, Dallas would pay Jarwin $2 million of his $4.5 million salary arrears.

Hip injury is more common in sports such as hockey and basketball, a source said Thursday.

Jarwin signed a three-year, $24.25 million extension in 2020, proving he deserved that amount with his combination of size and speed.

But a horrible series of injury woes followed.

He suffered a noncontact torn ACL in the 2020 season opener in Los Angeles against the Rams, the first NFL game played at SoFi Stadium.

After surgery, he recovered but dealt with hip pain through the 2021 season.

The situation reinforces for the Cowboys the importance of retaining Dalton Schultz.

Schultz consistently stepped up over the past two seasons.

In 2021, he caught 78 passes for 808 yards and eight touchdowns, adding seven receptions for 89 yards during a playoff loss to the San Francisco 49ers.

He is scheduled to become an unrestricted free agent on March 16, but there is mutual interest in completing a deal before then, the sources said.

Schultz will most likely be on the Cowboys’ roster next season.

The future of Jarwin, his closest friend on the team, is more in doubt.