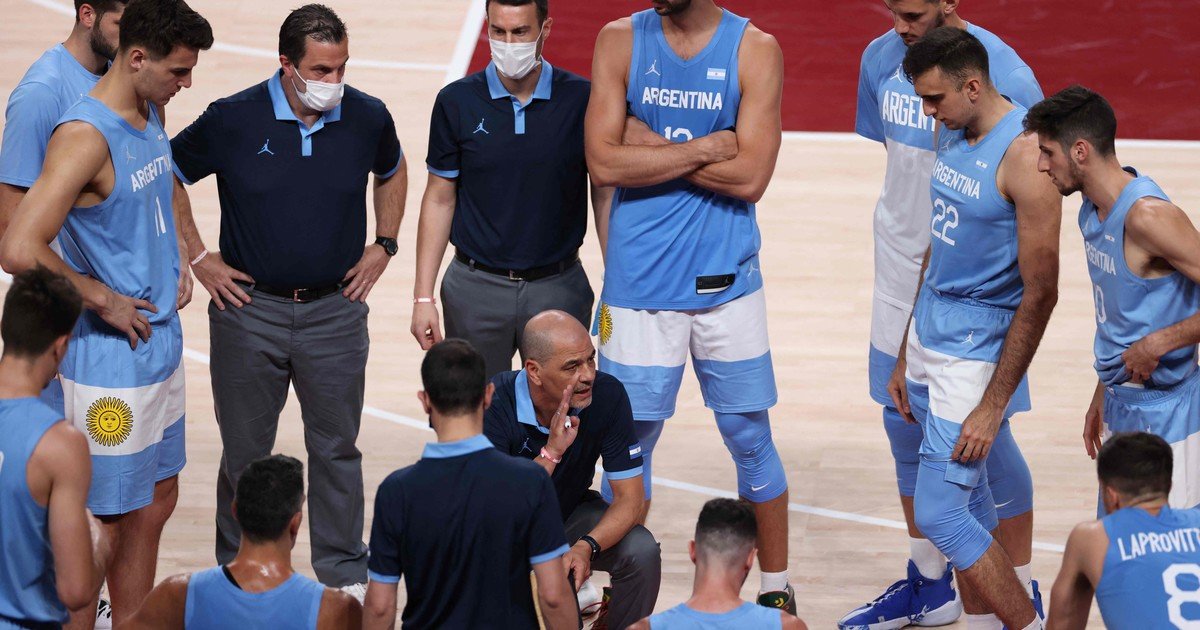 Two defeats, painful, in addition, due to the differences of so much, put the Basketball selection out of the quarterfinals today lack of a date for the end of the first phase at the Saitama Arena in Tokyo, headquarters of the Olympic Games. After the fall of this Thursday against SpainIt will not be enough just to beat Japan on Sunday to pass.

From the outset, that is the obligation: that Sergio Hernández’s team defeats the local, led by Julio Lamas. Both have two points (one is given per lost game) in Group C which has Slovenia and Spain (both with 4) qualified. The two best of each of the three zones advance plus the two best third parties.

Pau Gasol and the hug with Scola (AFP).

Counting on a victory this Sunday at 1.40 Argentine time, we have to do the math. The selected team arrives with -28 points of difference, and the logic aims to look askance at the Czech Republic (3 units), third of A, with a game won, but with United States as the next opponent (they play before Argentina vs. Japan) and -14 goals against. A defeat of the Czechs by 10 points and a triumph of Argentina by 4 already gives the ticket to the National Team. You can give? Of course. It depends on the team improving; because Japan (-46, fell 116-81 vs. Slovenia) should not be underestimated.

In that same Group A is also Iran, with two points and -60, and France (in) adversary: impossible on paper for Iranians.

Campazzo, frustrated, came out for fouls against Spain (Reuter).

Now we move on to Group B, in which it seems that Germany, third with a victory, three points and just -3 difference, would be almost classified although he has to play with Australia (4), he already got the ticket. They close Italy (3 points; and also inside) against Nigeria, two points and -24.

The two best of each of the three groups advance plus the two best third parties.