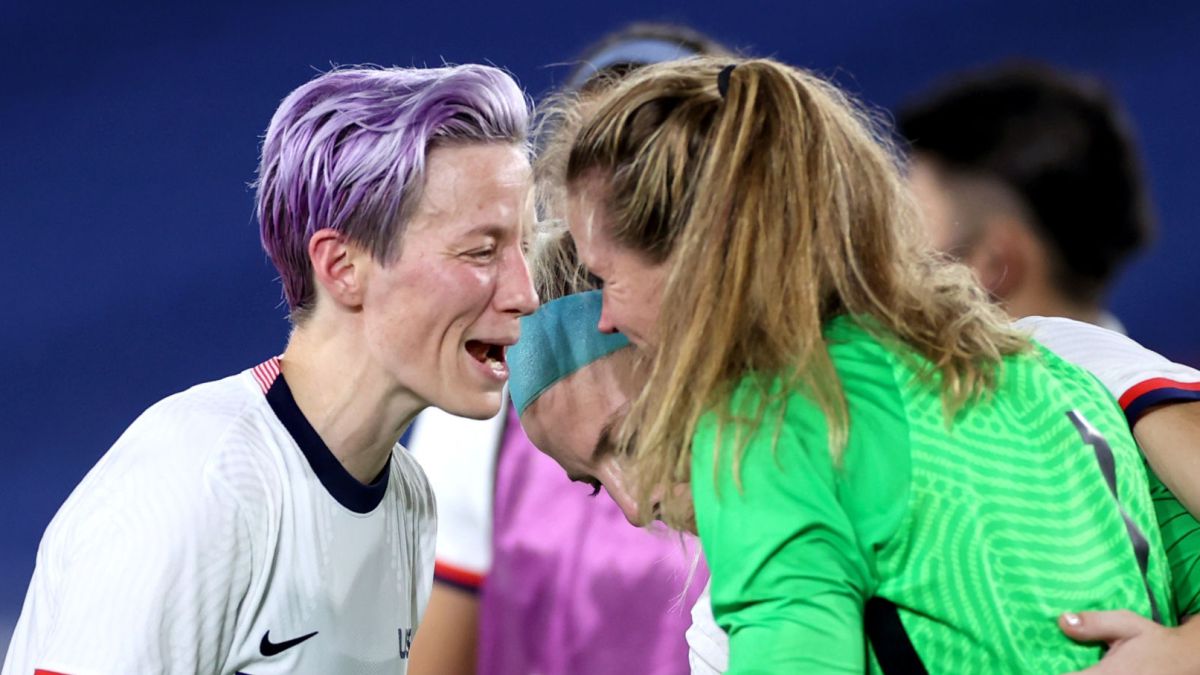 In the United States they were classified as the underdog. Outside of here, everyone named them the rivals to beat. The National Team of the Stars and Stripes suffered with a soccer roller coaster during the Tokyo 2020 Olympic Games tournament and, just as they fell to the lowest point against Sweden, now those led by Vlatko Andonovski celebrate being fully into the fight for a new medal.

The Netherlands, one of the true favorites of the tournament, came in with a monstrous performance against the Americans and soon in the match they let her know. With the transition deficiency that exists from midfield to central defense, the Dutch did not take long to take advantage of this and Vivianne Mediema put them against the ropes. USWNT had been on the opponent’s goal and, even, they had already had two goal plays, one that ended up being annulled and another that left the ball in the post. However, that would not be all and the reaction did not take long to appear.

Ten minutes after having suffered the opposite celebration, Sam Mewy flew into the area and the diagonal from the right side ended in a pigeon of his that equalized the numbers. And if this were not enough, Lynn Williams also wanted to leave her name marked In his debut and from the same position he took the opportunity to shoot with his right leg what would be the second goal of the match for his own.

From there came a total domination of the North Americans and Holland was off. Unfortunately for them, the switch change was made immediately for the second half and once again, Mediema became Alyssa Naeher’s executioner. A cut and shot from outside the box would be unstoppable, but Naeher wouldn’t stand idly by, as his revenge would be sweeter than that draw.

Come on in the last minutes of the match, Kelley O’Hara committed an inexplicable penalty inside the area and everything seemed lost. Lieke Martens against Naeher seemed like an inclined duel for the European, but she took passively and the festival of the American goalkeeper began by stopping the maximum penalty – which sent the game into overtime -, stopping a shot lethalities in the first extra time and, later, being the heroine in the penalty shootout after the central whistler got tired of having to cancel so many for advance position.

As well as the first, Naeher also denied Mediema happiness. Later, Rose Lavelle opened the account for the United States and from then on there was no one to stop them. If someone was going to stop something, it was Naeher who took the palms by stopping one more penalty and thus giving the long-awaited pass to the Americans.

When and against whom does the United States play the semifinals?

After the hurricane of emotions against the Netherlands, the United States again takes a breather, which will also be supported by great motivation to face the next phase. Already classified were the teams of Sweden and Australia that will meet again in the semifinals and also Canada, which will be the rival of USWNT. The game will take place on Monday, August 3 at 3:00 AM (CT).