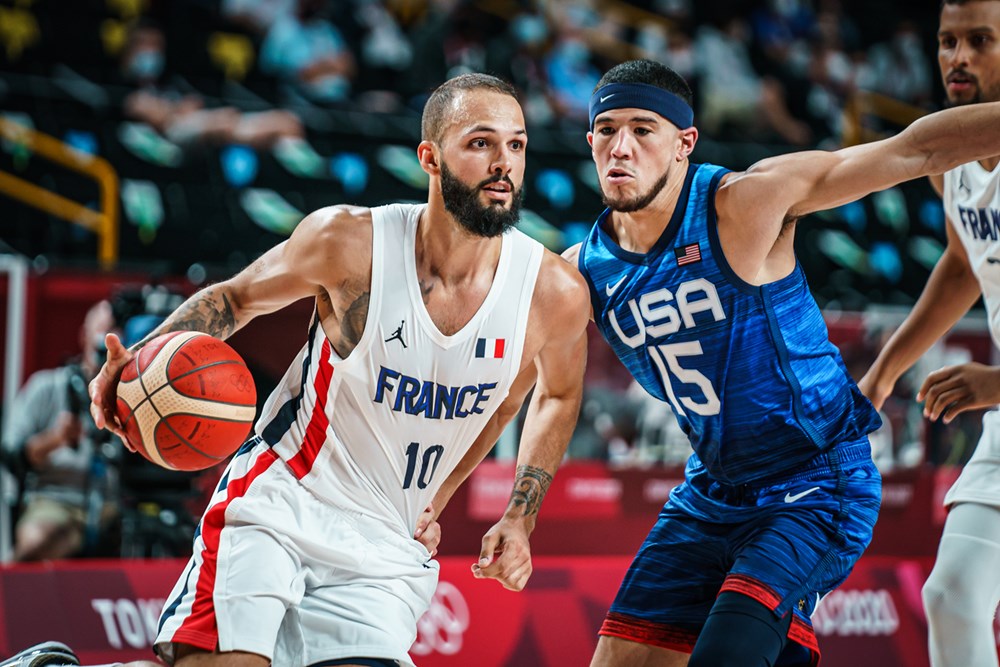 In what was undoubtedly the best match of the first date of the Olympics, France and the United States faced each other. It should be remembered that these two teams met for the last time in the 2019 World Cup in China, where the former prevailed in the quarterfinals, giving the great surprise of the tournament. Vincent Collet presented a quintet made up of Nando De Colo, Evan Fournier, Nicolas Batum, Guerschon Yabusele and Rudy Gobert. For his part, Gregg Popovich started with Damian Lillard, Zach LaVine, Kevin Durant, Draymond Green and Bam Adebayo. The arbitration shortlist was made up of the Brazilian Guilherme Locatelli, the Canadian Michael Weiland and the Italian Manuel Mazzoni.

The game showed an extremely attractive start, where both teams exchanged attack for attack, without taking differences in the score. The Americans were looking to load up the paint through Bam Adebayo and Kevin Durant, while the Europeans had an inspired Evan Fournier, attacking the rim and shooting from the perimeter. Little by little, the USA was adjusting the defense, which at times allowed it to exploit the fast attack. With a pair of outfield runs by Jayson Tatum, the top gold contenders managed to open a nine-point lead. Les Bleus changed their way of playing in the second quarter, as all of their offenses went to the low post, first with Moustapha Fall and then on his re-entry with Rudy Gobert. When his rival had moved to four, the defending champion found a couple of back-to-back scores from Zach LaVine, giving him the chance to make a difference again. The first 20 minutes went with the “visit” in front in figures of 45 to 37.

In the third period the best version of those led by Vincent Collet could be observed, both in attack and defense. With Rudy Gobert being decisive in this last section, added to what Fournier and De Colo did on the other side, the white dresses placed a resounding 25-11 partial, which allowed them to go from losing by eight to winning by six. Those led by Gregg Popovich were literally left without a goal, also highlighting the serious problems in defense that they had shown in the previous friendlies. As expected, the Americans came out with everything to play the last ten minutes. With Holiday in killer mode, they managed to react and even got an income of seven points. However, when it seemed that night was coming for the Europeans, the Fournier and Batum bombs fell again. At the end of the match, France put up a lapidary 14-0, which ended up tipping the balance in their favor, causing the United States’ first defeat at the Olympics since 2004.

In the winners, the figure of Evan Fournier stood out, who contributed 28 points and 4 rebounds, well accompanied by Rudy Gobert with 14 points and 9 rebounds. In the losers, Jrue Holiday scored 18 points and grabbed 7 rebounds.

The next activity for the current three-time Olympic champions will be on Wednesday, when at 01:40 Uruguayan time will have to face Iran. For its part, the French team will also appear on the same day, facing the Czech Republic at 09:00.