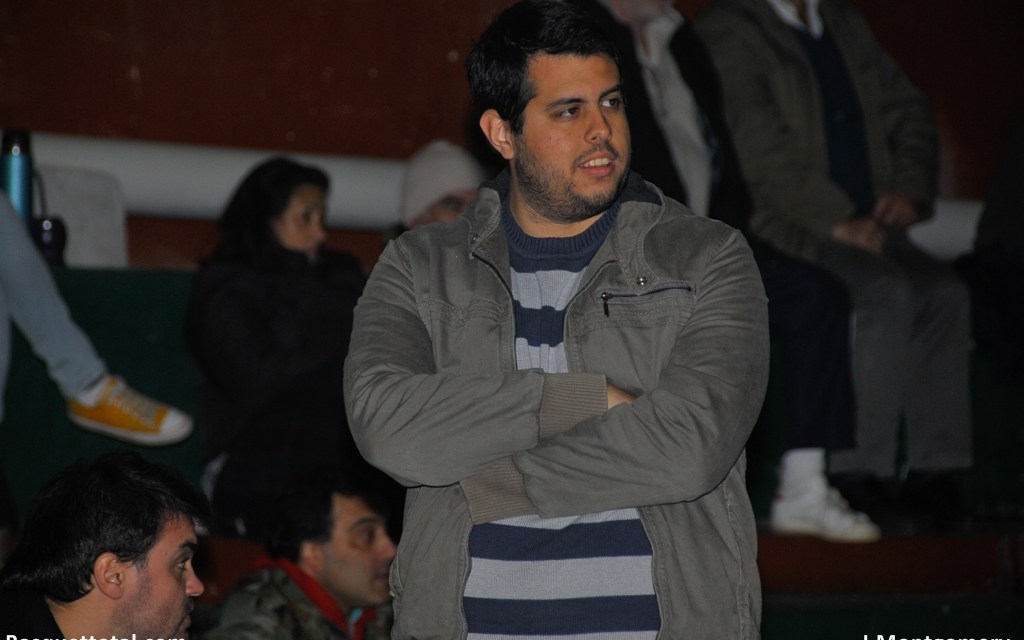 Continuing with the round of notes to El Metro coaches, Basketball Total went in search of the word of Mathias Nieto who will direct Larre Borges in this tournament.

After some time abroad you go back to directing in our country. How was your experience in Bolivia and how do you feel for this new challenge?

The passage through Bolivia was very good, without a doubt it was a very pleasant experience. On the other hand, managing the country again and an official match is something nice and I look forward to it.

How has the team’s preparation been?

We started practicing the first days of June. Thanks to the good work that is done in training we had the possibility of always having training sessions with more than 10 players, despite the fact that there were bigger chips that were not there. In the last few days, most of them have joined, so we are just having the first practices with an almost complete squad, taking into account that the foreigner Ricardo Glenn has yet to join (he arrived on Thursday).

Have you had any friendlies? What analysis do you make of them?

Yes, the friendlies were with Colón, Stockolmo and Sayago. They are very difficult to evaluate because the equipment is not complete. Although we are in rhythm and in operation, the roles of each one today we have to be modifying for a matter of playing these games with absences. I see the team well, physically ready and conceptually under construction.

You have a team with many variations, what is the style of play that you seek to propose in the team?

I think our biggest weapon is the kind of players we have. The moment we touch the ball we are going to go well. We seek to be a dynamic team, with a tough defense that allows us to run the court seeking to make the best offensive decisions. We have versatility, we have players who can play in more than one position and from there we must be a team that can attack with those advantages.

As a foreigner Larre Borges has Ricardo Glenn, how does he arrive from the physical and what can he contribute to the team?

From the physical, the data we have is quite good. He has to give us all the paint work since so far in that position we only have Joaquín Borrallo. He has to provide us with a lot of rebounds, intimidation at the defensive level and goals with short discharge or posting.

Miguel Barriola is the other unnamed tab who will be absent for four games due to suspension. How have they been working to make up for it?

Barriola is one of the important files for which we went, which is why the first dates will be a noticeable loss. Anyway, we have versatility in that position in which in positions 3 – 4 we have three chips to supply him like Christian Pereira, Demian Alvarez or Yari Acevedo. In case of needing the entry of the sub 23 we will also do it without problems because there is material to make up for the absences.

The form of dispute is repeated, what is your opinion of it?

It is a very matching championship. Being a short tournament and being still in the middle of the pandemic there can be problems in any team. It will depend a lot on the nights you have to play important games, being in tune because nothing guarantees you have a good championship if then you have two bad defining games and are left out of the tournament. We must do a quick construction to be with a firm head at the time of the definition.

The championship will be played in its entirety on Larre Borges’ court, do you think it gives extra pressure to the team?

I don’t think it creates extra pressure on us. It is true that we feel very comfortable on the court and that can make it easier for us to play a bit knowing the spaces, but we do not take it as an additional pressure.

The club has been carrying out important works. How have you found the institution from an organizational and infrastructure level?

The club is divine. Upon entering, at first glance it is observed that there are many changes at the infrastructure level and the reality that this is very good when it happens in a club because it hierarchizes it much more than what had been hierarchical with its teams and at a competitive level. But the most important thing I found was at the organizational level. The truth is that nothing is missing to work, when you go to ask for something they already have everything ready to offer it to you and that is very important to be able to focus only on your work and that all the conditions are always given.

Who do you see as favorites?

I can talk about us because the reality that I have not seen the other teams. Although we played some friendlies where I saw some teams well, I am not in a position to be able to talk about those teams. We armed ourselves with the hope of being able to define the tournament and for that we are preparing. Today, without the full roster, I cannot say where we are or if we are going to be candidates. Anyway, that is the main objective and that is what we are aiming for.

A message for the fan?

We ask you to believe in us, that we are going to work towards fulfilling the objectives for which the institution hired us. Rest assured that the effort will be made and hopefully we will achieve it.